We’ve all been there: that place where we feel powerless, where we feel like we have no way out, the place where we fear being alone more than we fear staying. In such a power hungry world, we, as Orthodox Christians, are often taken advantage of due to our forgiving nature. While this occurs in many settings (the boss who treats you as a slave, the sharp tongue of a peer), it most often occurs in romantic relationships.
user_1289841220 | 13 June 2009 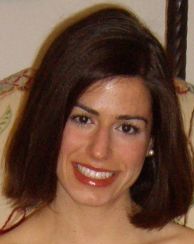 We’ve all been there: that place where we feel powerless, where we feel like we have no way out, the place where we fear being alone more than we fear staying.  In such a power hungry world, we, as Orthodox Christians, are often taken advantage of due to our forgiving nature.  While this occurs in many settings (the boss who treats you as a slave, the sharp tongue of a peer), it most often occurs in romantic relationships.

Forgiveness is in itself definitely not the problem. The problem lies in the fact that we can often let our forgiving hearts remain blind to the hurt that is being caused because we would rather believe in the potential of others than to deal with the reality that they may not be who we thought they were.  I find that this is especially true when we are dealing with someone we care about: it is so much easier to make excuses for their behavior than it is to believe that maybe they do not want us as much as we want them, that they are not treating us with true Christian love, that maybe they are not “the one,” that maybe we have to let them go.

Being a hopeless romantic, I know I often fall into the trap of lying to myself about someone in order to make the disappointments fall a little softer.  It is so much easier to keep fooling oneself into thinking that you are deserving of being hurt than it is to recognize that we are all worthy of being loved.  By letting our hearts and souls continually be steam-rolled over, we are not doing anyone any favors.  Of course, of course, of course we must forgive our brothers and sisters in Christ as many as seventy times seven times (Matt 18:22) if we ourselves want to be forgiven (as we ask God to “forgive us our trespasses as we forgive those who trespass against us”), but we also need to keep vigil over reality.

Not only is it our loving purpose to forgive one another, but we are also called to guide each other closer to God.  If we are letting others hurt and manipulate us, we are no longer helping them to reach that potential that we foresee in them, but are instead allowing their spiritual growth to remain stagnant or even to regress.  According to my little red pocket prayer book, there are many ways of participating in another’s sin, including consent, provocation, partaking, silence, or defense.  Repeatedly allowing ourselves to be hurt by another, be it emotionally, verbally, or physically, is not only participating in their sin, but it is also, in a sense, spiritual self-mutilation.  How can self-mutilation of the image of God within each of us possibly be satisfying to Him?  Do we truly believe that letting another person take advantage of our forgiveness will bring them closer to God?  Yes: we are all called to take up our crosses and follow Christ (Matt.16:24), and to recognize the potential for glorifying God in our suffering.  However, it does not make sense to me that God would ask us to go out of our way to suffer in a manner that is preventing both us and our exploiters from growing any closer to Him.  In this sense, there is a fine line between being a forgiver and being a fool (not the “for Christ” kind) who insists on letting others hurt them.

Unfortunately, this line is not so easy to distinguish once we’ve become emotionally involved.  Because of our loving Christian nature, we often overlook the faults of those we love and instead focus on their potential.  People in abusive relationships are usually the first to defend their abusive partner, making excuses for their behavior.  Often, the exploited partner has invested so much in the relationship and has been made to feel so deserving of this punishment that they are unwilling to let go.  If the suffering we feel is truly glorifying to God, then we would recognize that we are always worthy of being loved, because God loves us and is in us.

When being exploited by someone we care about, it can be tempting to cling desperately to the exploiter because of their power over us.  Thoreau writes in Walden that “it is a characteristic of wisdom not to do desperate things.” As a fruit of the Holy Spirit, wisdom is a virtue that we spend a great portion of our lives struggling to achieve.  When we become desperate in our desire to be wanted, we lose sight of reality (did we forget that Christ wants us?) and become entangled in an emotional net instead of seeing things how they really are.  The psychiatrist Thomas Szasz echoes Thoreau’s sentiment, claiming that “the stupid neither forgive nor forget; the naпve forgive and forget; the wise forgive but do not forget.”  We need to remember that, while forgiving those who hurt us, we cannot forget the hurt they have caused, lest we fall into their false reality in which we are unworthy of God’s love.

I once told a friend of mine that being between relationships is a little bit like treading water:…