I once told a friend of mine that being between relationships is a little bit like treading water: it’s so tempting to grab onto whoever comes along next, even though it might mean you both drown. This alone time could also be what I often refer to as “An Orthodox Dating Desert Wasteland.” It may be lonely, but it serves as a good time to reflect and grow; after all, how many saints have fled to the desert to seek God?
user_1289841220 | 11 May 2009 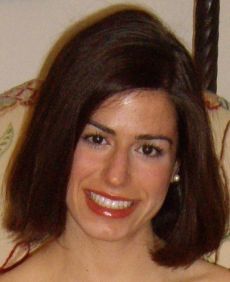 I had my entire life planned out.  I was going to grind my way through an accelerated master’s program for the year, then move out to the Midwest to be closer to my long-term boyfriend (let’s call him Sam).  We’d get engaged shortly thereafter, be married the following year, and somehow start a family while Sam was doing his residency for medical school.  It wasn’t going to be easy, but it was a plan, and I was determined to follow it.

And then, of course, it all came crumbling down.  Sam, a Roman Catholic, was refusing to even think about Orthodoxy as a way of life.  After two years, he was forcing me to choose: stay with him and hope on very slim chances that, somewhere very far down the line, he would become Orthodox, or leave him and venture into the unknown, alone and without a plan.

I cried for a long time.

I cried because someone I loved didn’t love me back (how could he if he didn’t love Orthodoxy?).  I cried because I no longer had a plan.  I cried because I had to say goodbye.  I cried because I was worried.  I was worried because the older I get, the smaller my dating pool gets: many of my peers are getting married and even more are giving up on waiting until marriage to become one in flesh.  But how can I worry when I know that God loves me and values me more than the birds of the field that He feeds and the lilies of the field that He clothes? (Matt 6:25-26)  Well, it doesn’t help that society (especially including the likes of the infamous Carrie Bradshaw and the ranks of elderly women in my church) makes it very clear that “single” is not synonymous with “fabulous.”  I think I cried the hardest, however, not because of my own pain or fear, but because of the painful divide between our churches that makes my heart ache so deeply.

My heart no longer aches so much from losing Sam, recognizing now, in my 20/20 hindsight, that a life with him would have been less than fulfilling.  My heart still aches, however, at the fact that I had to make that decision; at the fact that the divides among our churches can run so deep.  Was it worth it to give up someone with a faith so theologically similar, who was still waiting for marriage (unlike most people I know), and who wanted the same things in life as I did?  Well, I guess that depends.

The whole purpose of marriage is to bring each other closer to God, right?  Did Sam bring me closer to God?  I mean, we could say the Lord’s Prayer together, but as far as growing closer to God together goes?  I’m not sure.  When the great religious debates first started between us, I began to read more about our faiths, to ask questions that I had never thought of before, and to pray (albeit selfishly) harder than I probably ever had.  When it all fell apart, I found solace in the knowledge that God loves me and has a plan for me, even if I can’t see it just yet.  Ever since then, I’ve learned so much more about my faith than I possibly could have while we were together, dancing on eggshells around the subject.  Now I’m free to join as many church groups as I’d like, to spend my time meeting new Orthodox people and to participate in church events instead of planning long-distance visits or scheduling phone-calls.  My theological discussions no longer morph into bitter, circular arguments, and I am near to the overwhelming support of my parish family.  So Sam certainly brought me closer to God, just not in the way that I was anticipating.  Has he grown any closer to God as a result of our split?  I don’t know.  We talk from time to time, but bringing up faith is like pushing on a scar that hasn’t quite healed yet: still too painful to touch.  As ironic as it would be, I still hope that Sam (as well as everyone else, of course) someday discovers the Truth and Beauty of Orthodoxy.

While having children isn’t the sole purpose of marriage in the eyes of the Orthodox Church, it is something that I, God-willing, hope to do someday.  I realized that if we had followed through on our plan, Sam would be a trophy husband next to me at Liturgy, but going alone to Catholic Mass.  I could’ve raised our children in the Orthodox Church by myself, but how confusing would it be for them to see their parents taking Communion at different places, celebrating Pascha twice, or going to multiple services for Christmas?  How hard would it be for me to teach them the love and compassion so prevalent in our Church that seems, for me, to be so often lacking in that of Rome while their father stood idly by?  It can’t be that bad–people do it all the time!  I mean, my parents are still doing it, and I turned out just fine!  But here’s the problem: I know firsthand that splitting a family down the middle with faith creates an ever expanding plethora of problems.  Don’t get me wrong: it was cool to get two Easter baskets as a kid, or to open a few presents between the two Christmas Eve services, but the older I get, the more confusing it becomes.  It’s incredibly heartbreaking to know that every bit more I love Orthodoxy pains my mom, who is Episcopalian.  She very quickly took my breakup with Sam over our faith differences as a personal attack on her: was I saying that she didn’t really love my dad or me because she’s not Orthodox?  Did it mess up my life that she didn’t convert?  Did it make me love her any less?  What did I mean when I said that it broke my heart that someone wouldn’t want to become Orthodox?  Clearly, the problems existed beyond my own relationship with Sam.  All of my mom’s questions left me asking my own: does inter-faith marriage serve to heal some of the fissions within the Church by demonstrating that love indeed “bears all things, believes all things, hopes all things, endures all things” (I Corinthians 13:7)?  Or does it act instead like water that freezes and further splits the cracks by creating divisions within families?  And how does all of this relate to people who aren’t so invested in their faiths?

After all of this, it seems to me that the long-term benefits of waiting to be with someone who is Orthodox outweigh the short term benefits of being with someone who is not.  I once told a friend of mine that being between relationships is a little bit like treading water: it’s so tempting to grab onto whoever comes along next, even though it might mean you both drown.  This alone time could also be what I often refer to as “An Orthodox Dating Desert Wasteland.”  It may be lonely, but it serves as a good time to reflect and grow; after all, how many saints have fled to the desert to seek God?  However, God (or the devil, I’m not quite sure which yet) also throws out some occasional mirages of men masquerading as the type of man I want to spend my life with.  I’m hoping that spending more time in my “desert” will allow me, like the ascetic saints, to improve my discernment, that I may learn to keep my “heart in all watchfulness” (Proverbs 4:22).

I could pick up almost any magazine and learn “ten tricks to meet the man of my dreams” or “how to be the one guys want.” So then how do I reconcile society’s enduring fear of being alone with Christ’s instructions to “Seek ye first the Kingdom of God” (Matt 7:33) in order to be a worthy recipient of His gifts?  It’s easy to say that “patience is a virtue” for things like waiting in line at the grocery store or the ticket counter, but not so easy when you’re eager to grow closer to God through a relationship with another.  My parish priest introduced me to the works of St. Isaac when I was struggling with my fresh wounds.  One passage I hold particularly dear reads, “If God is slow to grant your request and you do not receive what you ask for promptly, do not be grieved, for you are not wiser that God.  When this happens to you…it may be because you inner state is too childish by comparison with the magnitude of the thing you have asked for.”  Perhaps St. Isaac is right and I am still too spiritually immature to be entirely capable of truly appreciating the fullness of a relationship with another person that would bring me closer to God.  So until God deems me ready, I’ll be walking through the desert, trying to avoid those mirages, and trying to remember that I am never alone, because I will always have God.