Walking Through the Valley of Death

How many teenagers and college-age kids do you know that have thought seriously about death?  I don’t mean that phase that some kids go through when they seem fixated on death in popular entertainment, but about the reality of death and its existence in our lives.  For a large number of people in their late teens and early twenties, the reality of death is something they have had to confront head-on because of their service in the military.

In the Army, before Soldiers can deploy with their unit, they must go through a mind-numbingly boring process called the Soldier Record Brief, or SRB.  During the SRB, every dull part of the military is brought into one daylong event: standing in lines to get vaccination shots, standing in line to update identification cards, standing in line for hearing exams and vision tests – you get the idea.  But it also means writing a will, giving someone power of attorney, making arrangements for their children, and other tasks, such as taking a picture in front of the American flag – the picture that will be released in the event that he or she is killed in combat – and deciding who receives your life insurance payment and who is responsible for your burial if death does occur.  All of this happens here in the United States, before ever setting foot in a combat zone or a training center designed to ready soldiers for deployment. 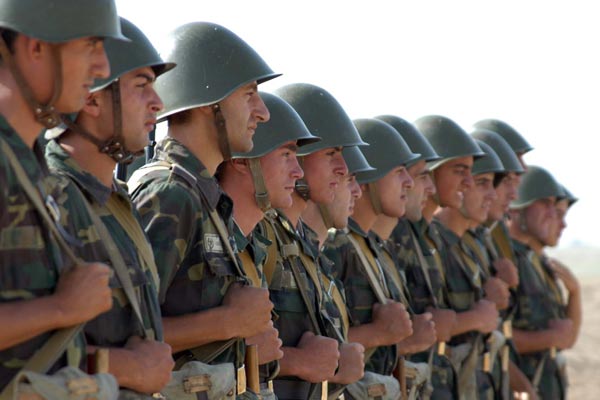 Having been deployed to Iraq and Afghanistan a total of three times, as well as two rotations at the National Training Center in Ft Irwin, CA and Joint Readiness Training Center in Ft Polk, LA during my ten years in the US Army, I have experienced this process multiple times.  Although it can be a time of excitement, preparing for a new experience, it is also time when Soldiers receive constant reminders of their own mortality – which only increase once a Soldier has actually deployed to a combat zone and witnesses actual death, sometimes the death of an acquaintance, someone in the same unit, or even a close friend.

When you add to this mix the fact that most Orthodox members of the military don’t have access to the Holy Mysteries or an Orthodox priest while deployed, it can be very difficult for them to develop and maintain healthy spiritual practices while deployed.  On my three deployments, there was no Orthodox Chaplain on the first one, a Chaplain for about half of the second one, and visits by a priest at Nativity, Pascha, and Dormition on the third one.  So, in a period of more than three years spent overseas, I had access to an Orthodox priest for only about six months of that time.

It is no surprise, then, that many members of the military, given the constant reminders of physical death all around them and the inability to get spiritual care, normally have one of two reactions.  The first is to focus solely on physical death, falling into despair and forgetting about their spiritual lives.  Sadly, this is an all-too-common occurrence, and sometimes leads individuals either to an unrestrained hedonism, trying to block out the negatives through avoidance – on a quick drive through a parking lot on a military base, odds are good that you’ll see more sports cars than at a dealership, along with various other “toys” like motorcycles. On the other hand, this fixation can also lead to an utter sense of hopelessness.  Unfortunately, it seems that many fall into the second category, as witnessed by the record-high number of suicides among the military last year.  At least one Soldier committed suicide in each unit that I deployed with, either while overseas or shortly after returning to the United States. 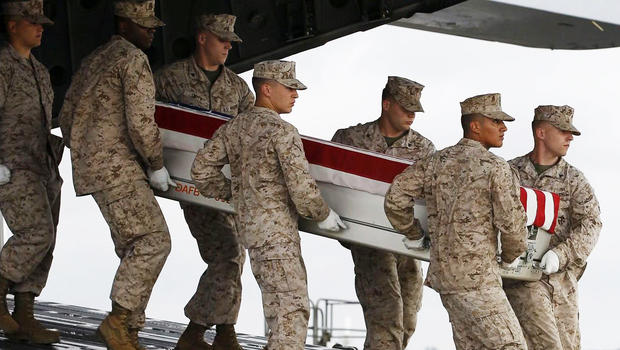 But this can also present a profitable opportunity for spiritual growth: the second possible reaction to all these reminders of death is to use them to one’s advantage, and take them as a means to avoid spiritual death, which we believe is the only type of death that matters because it separates us from God.  The reminder of death can keep us from wasting the time we have available to work out our salvation in fear and trembling.  While the reality of the situation cannot be denied – nor should it be – we can, like St Silouan the Athonite says, “Keep your mind in hell, and despair not.”  While the temptation to fall into despair can be strong, both members of the military and we have at our disposal great spiritual weapons that have been sanctified over time by their use in the Church: prayer and Scripture.

“A Christian ending to our lives, painless, blameless, and peaceful, and a good defense before the dread judgment seat of Christ:” The prayers of the Church constantly remind us that we will meet physical death, one way or another, but that it is our disposition toward and preparation for that death which matters most.  This is why we ask that God will “Enlighten the eyes of our understanding, lest at anytime we sleep unto death in sins” (the 3rd Morning Prayer at Matins).  As Christians, we know that the reason physical death presents a problem is not that it is the end of our existence, but because it represents the end of the time we have available in this life to concentrate on that one thing needful.

In this endeavor, especially in those times filled with fear and doubt, we have the great spiritual hymnbook of the Church, the Psalter, in order to help us stay mindful and vigilant.  The Psalms convey the entire range of emotions in our relationship with God, especially in times of doubt and trouble.  The words of Psalm 50, in particular, help us call to mind our sins and seek forgiveness from God, so that we can “sing aloud of Thy deliverance.”  Psalm 142, too, reminds us of our total dependence on God: “Deliver me, O Lord, from my enemies!  I have fled to Thee for refuge!”  And Psalm 69, which we pray at Compline, calls us to remember that “I am poor and needy; hasten to me, O God!  Thou art my help and deliverer; O Lord, do not tarry!

These words aren’t just profitable for members of the military – we, too, will die, even if we haven’t given it much thought yet.  But the reality of death gives us a great opportunity to maintain focus on the only things that matter – our relationships with God and with each other.  When we keep in mind the limited amount of time we have because all of our deaths will come sooner or later, it puts things into perspective: we are not immortal.  We are not invincible.  Our only hope is to acknowledge this and put our trust in the only One who is.