What a Clergyman Should and Should Not Be 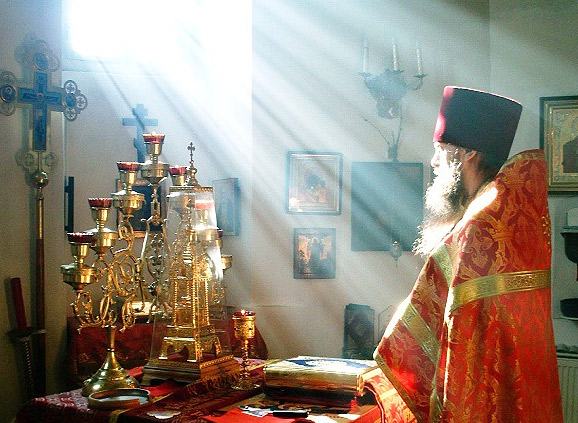 It is truly an exceptional honour but also a great responsibility for all of us that we have been chosen by God to be clergymen. The Lord Himself affirms: “You have not chosen me, but I have chosen you” (John 15:16). The Greek word for a clergyman is klhrikoς, which means the person who was chosen by lot (klhrwqhke) to serve God and men. In the early Church, “they chose Stephen, a man full of the Holy Spirit,” and then the Apostles ordained him a deacon. St. John Chrysostom says: “grace by itself is insufficient; an ordination is also required for an addition to the Holy Spirit.” This means that through ordination, those laymen who have a spiritual life receive a special priesthood. The question that ensues is: does every clergyman live in accordance with the guidance of the Holy Spirit, or is perhaps his entire lifestyle inappropriate for his sacred rank? So, ‘What should a clergyman be, and what should he not be?’ Allow me to begin with the latter.

What Should a Clergyman Not Be?

First of all, the Apostle Paul writes that a clergyman should “not be given to wine, no striker, not greedy of filthy lucre … not a brawler, not covetous” (1 Tim. 3:3). In other words, he should not be violent, should not seek profit through dishonourable means, should avoid arguments, and should not love money, “for the love of money is the root of all evil” (1 Tim. 6:10). He adds that a clergyman “must be blameless as the steward of God; not self-willed, not soon angry” (Tit. 1:7). In other words, a clergyman should be above reproach, not overbearing, and not hot-tempered. Such cases plus various other weaknesses of clergymen remind us of the saying of St. John Chrysostom that “God does not ordain all [clergymen], but He operates through all [clergymen].” In fact, St. Nicholas Kavasilas adds that a careless clergyman may externally have no impediment to his priesthood and may perform the holy Mysteries, but internally his conscience reproaches and condemns him for his secret falls.

A serious danger for a clergyman is also the “habit” – in other words, performing the holy services mechanically like a ceremonious repetition. Thus, over time his perception of the first grace of ordination gradually weakens. As a result, he no longer pays attention to the concepts behind the liturgical texts. Rather, his lips say the petitions while his mind and his sinful imagination wander everywhere. This is what Kavasilas meant when he said, “Secretly fornicating within and being defiled.”

The Achilles’ heel of a clergyman is his morals. There are so many traps of the devil and so many temptations from evil men, computers, the Internet, and other process of demon, that if a clergyman is not careful from the start and gives in to temptation, then he will be  entangled in endless mishaps, and in the end he will mourn the loss of his purity with all its tragic consequences and perhaps even his deposition from the priesthood.

This kind of clergyman, according to St. Theognostos, “shall fall into the hands of the Living God with wrath and shall not be spared mercifully.” This is why St. John Chrysostom expresses the opinion: “I do not think many priests will be saved; most of them will be damned.” And now let us return to the positive point of our topic. 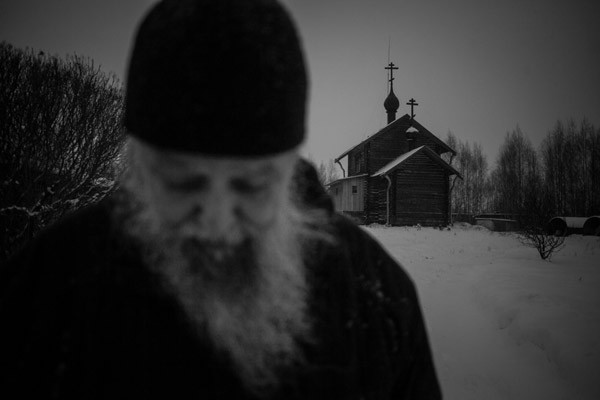 What Should a Clergyman Be?

To answer this question, I think it would be good to start from the eschatology. That is, when a clergyman dies, the bishop says in the prayer of absolution: “As Thou didst make him Thy minister in the Church, make him the same also in Thy heavenly altar, O Lord.” What a great blessing! To serve in the heavenly altar together with the saintly bishops, clergymen, and deacons. And what did all these clergymen do to be counted worthy of sanctity? What, for example, did the saints of recent times who were clergymen do, such as Bishop-Saint Nektarios, and the Priest-Saints Arsenios of Cappadocia, Nicholas Planas, Georgios Karslidis in Drama of Macedonia, Anthimos of Chios, and so many other bishops and priest-saints who are mentioned in the Synaxarion and reside at the heavenly altar?

First of all, they believed that their priesthood was a gift, not a right, and they lived this belief. The Apostle Paul recommends: “Neglect not the gift that is in you” (1 Tim. 4:14) and “Fan into flame the gift of God” (2 Tim. 1:6). Priesthood is a great and holy gift from God to pious people.

The clergy-saints believed – as we all do – that the Church is the Ark of Salvation and the Treasury of Divine Grace. A clergyman serves this Church, which has as her foremost goal helping to lead people to Salvation and the Kingdom of God. Her other activities are not an end unto themselves. This is why the Apostles said to the first Christian community, “It is not right that we should leave the word of God and serve tables” (Acts 6:2). First comes the word of God and then charitable deeds. A clergyman teaches through his words and above all with his virtuous life. This is why the Apostles Paul urges: “Exercise thyself unto godliness” (1 Tim. 4:7) and “Be thou an example of the believers, in word, in life, in love, in spirit, in faith, in purity” (1 Tim. 4:12). St. John Chrysostom adds: “The soul of a clergyman should be purer than the rays of the sun so that the Holy Spirit may never desert him.”

It is necessary for the spiritual life of a clergyman that he regularly approach the Mystery of repentance and confession, say his private prayers (which St. Gregory calls the “mystical ritual of the nous”), keep the fast (which is sometimes neglected), serve with fear the Divine Liturgy, which is offered “on behalf of our own sins and the transgressions of the people.” We must be strict with ourselves and lenient towards the people. St. Theognostos says, “May grace secretly and mystically make you wise to grasp things that are lofty, and may you have your soul illuminated within through purity.” In other words, grace should continuously make you wise, and the purity of your soul should illuminate your inner self.

The Lord says, “I am the Good Shepherd.” By extension, every bishop and every clergyman is the shepherd of the people of God. Along with his own struggle towards sanctification, he is called to exercise his pastoral work by exhibiting all his love for his reason-endowed flock, aspiring to the sanctification and salvation of their souls through the sacred sacraments and preaching the Gospel. This pastoral work is multifaceted and extends into many areas, such as alms-giving, caring for the elderly, visiting people sick in hospitals and in prison, holding retreats, facing heresies and catechizing (both of which require continual theological learning), overseeing youth activities, etc. Each of these areas constitutes an entire chapter of pastoral activity, which requires much time and prudence to organize them better, apply them practically, and work together with the parish council and other expert coworkers. It is, of course, necessary that the clergyman cooperates with his Holy Metropolis and have his bishop’s blessing, in whose name the clergyman works, bearing in mind the saying of St. Ignatius the God-bearer: “The bishop is a type of the Father of all, whereas the clergy are as delegates of God and connected to the Apostles of Christ. Without them, the Church is not elect.”

The pastoral activity of the clergyman is oriented towards “Kingdom Come” and has an eschatological dimension. St. John of the Ladder writes: “A shepherd is primarily he who seeks the lost sheep by inoffensive means and through prayer, and is able to make them stand aright.” 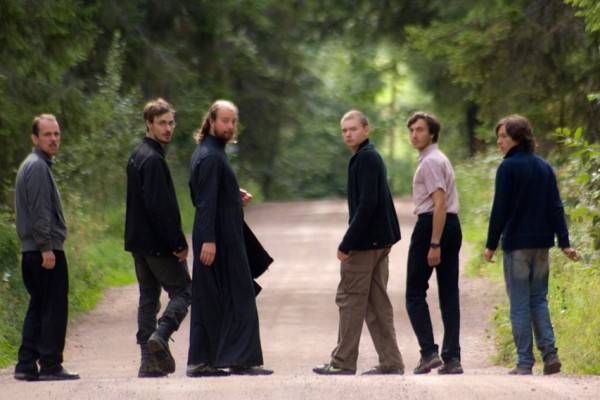 We are living in a continuously changing world, whose primary characteristic is self-love expressed with arrogant behaviour, love of pleasure, love of glory, and love of possessions. Everything is questioned, values such as love and righteousness are distorted, and man – incapable of resisting various provocations – yields to the pursuit of consumption, immorality, and demeaning others, and ultimately ends in despair and altering the fabric of society. Indeed, how unfortunate is contemporary man, when he thinks and acts as if God does not exist. A clergyman, without becoming discouraged, is called to preach to this world the joyous message of the Gospel as the only path for its salvation. All it takes is for the clergyman to have a conscious awareness of the worth of his priesthood and his vocation. I pray that the Lord may bless us abundantly in our holy mission and count us worthy “in that day” to hear the words, “Enter into the joy of thy Lord as one worthy to reside in the heavenly altar.” Amen.