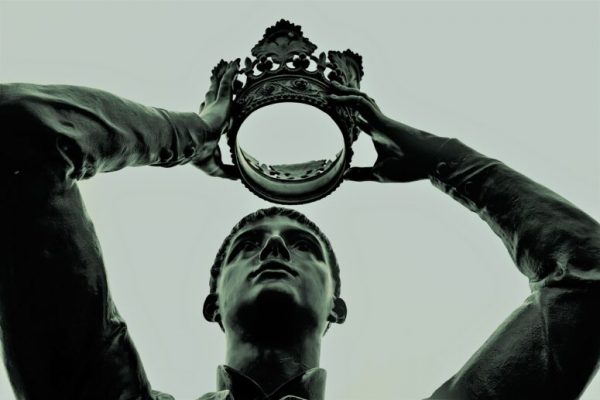 I would view the development of pride as a path of throwing down authority. Instead of learning something useful from others, a person who follows that path looks for reasons to devalue them in his own eyes. And suddenly it turns out that it doesn’t take much effort to find plenty of weaknesses in our neighbour. It’s only natural, because all mortals have them.

Pride begins with an unhealthy desire to compare oneself to others and to elevate oneself in that comparison. Such self-exaltation always entails distancing or even separation from others, because it is impossible to consider yourself more beautiful, clever, successful or more talented than others while at the same time remaining on a par with them. If we see that our self-esteem consistently separates us from one person after another, to the point of making us disconnected from the entire team, then it’s time to question its adequacy.

Pride is always opposed to humility, and it seems to me that one of the possible meanings of humility is reconciliation. Humility helps us reconcile and reunite with the people, that, because of our pride, we move away from. It brings us together, ultimately making us closer to God.

Oddly enough, ostentatious and exaggerated self-belittling can also be a manifestation of pride, separating us from people and from God. That does not relate to situations when a person evaluates himself sensibly, admits his imperfection and acknowledges the need to work on himself. But there are cases when a person simply keeps repeating “I am the worst of all”, as if testifying to his correct spiritual mood by emphasizing his “worthlessness”. That kind of being “worst of all” also presumes separation from people and from God, Who expects a person to combat his sins with His help rather than give up joy and hope because of them.