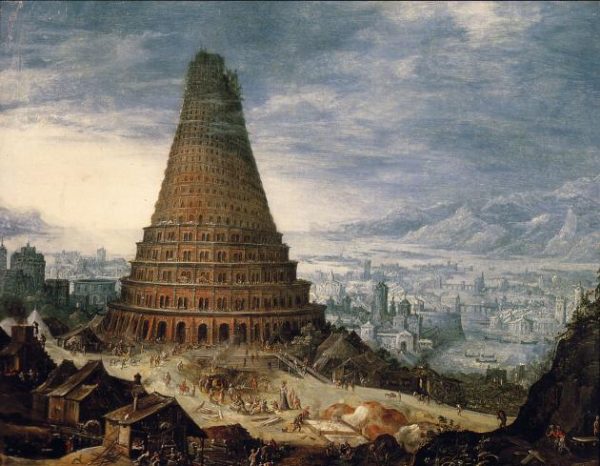 Let’s talk about the main sin, which is pride. Saint John of the Ladder in his book “The Ladder” wrote: “Pride is the rejection of God… The beginning of pride is the root of vanity; the middle is the humiliation of one’s neighbor, shameless preaching of one’s labors, boasting in one’s heart, hatred of reproof, and the end is the rejection of God’s help, reliance on one’s diligence, and demonic disposition.”

Saint Ignatius (Brianchaninov) in his work “Ascetic Works” said that a synonym for the word “pride” is “lie”. And who, as we know, is the father of lies? This is the devil. This is how our Lord Jesus Christ Himself called the fallen spirit: “Ye are of your father the devil, and the lusts of your father ye will do. He was a murderer from the beginning, and abode not in the truth, because there is no truth in him. When he speaks a lie, he speaks of his own: for he is a liar, and the father of it.” (John 8:44).

Here we see that the beginning of pride is always self-love and the desire for other people not only to love you, but also obey you, fulfill your will. Further, this conceited feeling forms a certain theory, a certain “religion” of its own, in which man himself takes the place of God. It is as if he pushes God aside in his heart and he himself sits on the throne of his inner spiritual temple. He becomes not an ontological antichrist, about whom St. John the Theologian wrote in the Revelation, but an antichrist in his spirit, which he cultivates in himself. In confirmation of this fact, the Holy Apostle Paul gives a very precise definition of pride: “Let no man deceive you by any means: for that day shall not come, except there come a falling away first, and that man of sin be revealed, the son of perdition; Who opposes and exalts himself above all that is called God, or that is worshipped; so that he as God sits in the temple of God, shewing himself that he is God.” (2 Thess. 2:3-4). This is the path of the proud: inside himself, inside his heart’s temple, a person tries to push God from the throne, take the Divine throne and become a “god”.

To do this he usually forms a whole ideology, a whole myth-making, which is designed, on the one hand, to hide the true goal of this ideology (to put other people and the world around him at his service) and, on the other hand, to achieve this goal, that is, to crush the world under his own theory and force other people to serve him, to sacrifice them to his own pride and thereby obtain dark pleasure for himself.

Then begins the gloomy work of fitting the world in this proud theory. Often a person shows amazing zeal and puts a lot of work in this. If something does not fit this ideology, it gets thrown out, broken, or terminated. In a word, it is destroyed. Not only because it does not fit, but also because it causes painful sensations, terrible torment for the proud. After all, the conscience of the proud person still convicts him. Indeed, in the depths of his soul, he knows that his ideas are false, there is no Divine truth in them, and therefore there is no life. This means they will be destroyed.

As a result, the proud person has terrible temper outbursts and rage at what is contrary to his teaching and proves its inconsistency.

However, proud castles are still destined to be destroyed. For example, the fall of Satan. Or the fall of the holy forefathers Adam and Eve. Or let us remember the fate of Nimrod, who opposed God and built the Tower of Babel. Here is how St. Demetrius of Rostov writes about it. He notes that part of the tower “was torn away by the storm and the wind and fell on him (Nimrod – Ed.), and killed him. This is how God judged that he who sinned with the construction of this tower would accept the execution from the same tower. Others say that Nimrod was abducted from among the living by demons. Both the first and the second legends can be considered probable, because for his opposition to God and for his countless atrocities, he had to be in a place with no other than with demons. He was defeated by God, and carried away by demons to hell.”

Let us also recall another king of Babylon, Nebuchadnezzar. In his feeling of pride, he said: “Is not this great Babylon, that I have built for the house of the kingdom by the might of my power, and for the honour of my majesty? While the word was in the king’s mouth, there fell a voice from heaven, saying, ‘O king Nebuchadnezzar, to thee it is spoken; The kingdom is departed from thee.’ <…> The same hour was the thing fulfilled upon Nebuchadnezzar: and he was driven from men, and did eat grass as oxen, and his body was wet with the dew of heaven, till his hairs were grown like eagles’ feathers, and his nails like birds’ claws.” (Daniel 4:30-33).

Let us recall Herod Agrippa, who imagined himself to be a god and demanded that other people honor his as a god. For this he an angel smote him. And he was eaten alive by worms (see Acts 12:21–23).

From these examples, we see that pride and indulgence in it makes a person demon-like. And in the end leads him to death and hell. This is the only end for the proud.

To one degree or another, we all, every person, are infected with pride as a kind of spiritual infection. Because it is the core of the original sin, which each of us received as an inheritance as a result of the fall of the holy forefathers Adam and Eve.

And the path to healing is this:

1. Admit that you are sick with pride.

2. Understand that the war with pride is the main work of your life. And this is a fight to the death.

3. Do not trust yourself: your thoughts, feelings, desires. Try to take them into the bridle of the commandments of God. And accept only those thoughts, emotions and desires that correspond to the commandments given to us by the Lord.

4. Cultivate in yourself the virtue opposite to pride – humility. Cultivate the mechanical side of humility, which is patience. And whenever possible, repent often, both in personal prayer before the Lord, and in the Sacrament of Confession before a priest. Because repentance crushes pride and does not allow it to grow.

5. Participate in the Sacraments, and in the life of the Church in general. Because it lets the grace of the Holy Spirit into you, which burns your sins, unites you with God and leads you on the right path to salvation.

6. During your earthly life, do not strive to be served, but try to turn your life into serving God and people, into doing good. As our Lord Jesus Christ did it and repeatedly spoke about it on the pages of the Holy Gospel.

7. Let us remember the 136th psalm: “O daughter of Babylon, who art to be destroyed; happy shall he be, that rewards thee as thou has served us. Happy shall he be, that takes and dashes thy little ones against the stones.” (Ps. 137:8, 9). No need to wait until your pride turns into a “Godzilla” and devours you, making you demonic. Because then the Lord will take the hammer of sorrow in His right hand to help you, and it will be very hard. Break the babies of pride yourself, these serpents, on the stone of Christ’s commandments. Nip pride in the bud. And then the Lord will look upon your great feat, and revive your soul, and save you, settling you in bliss and eternal joy.