What the Holy Bible is NOT 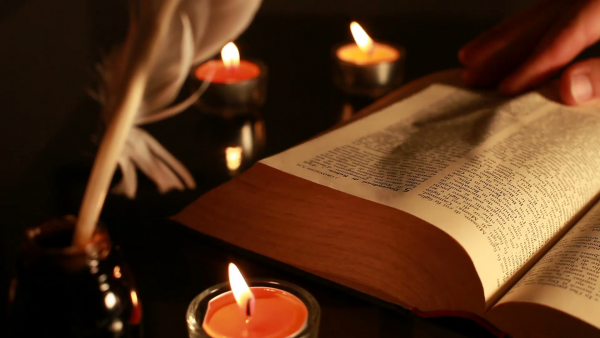 Some Non-Orthodox Christians tend to read more into the Holy Bible than is really there; they want the Bible to be the perfect solution to all of life’s problems. On the other extreme are non-Christians who advocate the Bible is less than what the Church teaches; they continually look for faults in the Bible and disregard its precepts. To arrive at a more balanced view, what follows is an apophatic explanation of what the Bible is not according to the Traditional teachings of the Orthodox Church. Orthodoxy has a long apophatic theological tradition of describing what God is not so that we don’t foolishly limit God’s being and behavior into mere human conceptions. Likewise, the Holy Bible is not. . .

The above ten things are not all that can be said, or not said, about the Bible. For two millennia, the Bible has defied attempts to categorize it. The Bible is truly a book unique among the billions of tomes published around the world. The best way to grasp what the Bible is, or is not, is by reading it, contemplating it, asking questions of your priest or other Orthodox spiritual leader about it, and then read it some more. The Bible will continually astound you with its spiritual and moral insights about God and humanity for a lifetime.

There is no such thing as “knowing everything you need to know” when it comes to the Bible. Those who believe they learned everything about the Bible from children’s Sunday school, or from a catechism class, are fooling themselves. Even professors and scholars of the Bible, who are frequently drinking from the Bible’s well, never completely have their thirst quenched and so must return to it again and again. So please regularly study the Scriptures yourself, as did King Solomon, so you may become wise. “God loves nothing as much as the one who lives with wisdom” (Wisdom of Solomon 7:28, OSB).

Are You Religious or Spiritual?

Has religion become passe? Is it valid to separate faith into two opposing camps: religious versus spiritual? Is…

Compared to the contemporary worship of most Protestant churches and post-Vatican II Roman Catholic churches, the worship of…

The Problem with Abundance

People are rarely satisfied with having enough. Many say to themselves,“If a little is good, then surely more…