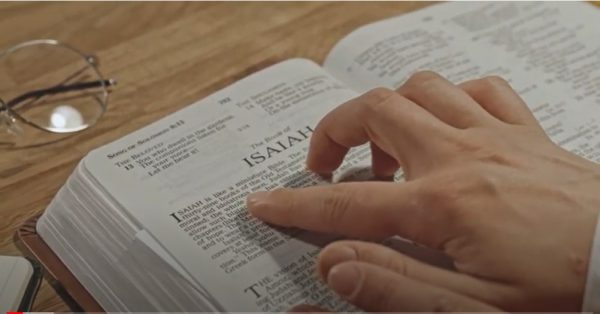 Father Joseph explains the genesis of the series. “When I was a youth director, I was assigned the Middle School class to teach. I looked at all kinds of curricula … and couldn’t find resources that could keep my students’ attention. A year later I was in seminary and began working on a thesis project to come up with a new idea for a church school curriculum. As a Pastoral Assistant still overseeing the youth programs, I wanted to put my ideas into a plan.

“As we got through our first year, I noticed that our students did not have even a basic understanding of Scripture. As a result, I stopped trying to teach Orthodox Theology by using the Scriptures as examples, and I began teaching the Bible, showing how it applies in our lives both personally and liturgically.”

Father Joseph notes that he began with the Old Testament, breaking up the course between the Pentateuch in the first year and then teaching the remainder of the Old Testament the second year. “However, due to my ordination and moving several times, I had never really gotten to the third year: ‘The New Testament,’ which we’re doing now.”

The structure of the program was as follows: Fr. Joseph would meet with his Church School teachers every Monday so that he could teach them the lesson on an adult level; then they would make an age-appropriate lesson for their classes based on that information. In time, he also began to develop supplementary resources for the lessons, from books, music, websites, and other sources. In the Sunday bulletin he would publish a one-page summary of the lesson so that parents and other parishioners could learn along with the children. Everyone was encouraged to discuss what was being learned over dinner on Sunday or Monday evening.

This past summer, the Cathedral hired Subdeacon David Rayahin as a Pastoral Assistant. “He is very talented at making videos,” says Fr. Joseph. “We put our heads together and came up with this new video series on the New Testament. Each lesson includes two sets of videos; one for adults and teens, and one for kids. Our Church School teachers are writing questions and discussion topics for each lesson to share with the parents, so that parents and students can watch the videos together and have a discussion. I write the scripts, and Subdeacon David records them in his voice and produces and edits the videos.

“I also have to thank Fr. Stephen De Young who I’ve known since seminary,” adds Fr. Joseph, “for his wonderful ‘The Whole Counsel’ ​podcast, which he began when he was the Assistant Pastor at this very Cathedral. He has been very gracious to allow us to use his materials, as we add them to the rich teachings of the Church Fathers, and other resources. We have received a great response, and so we plan to continue making these videos throughout the Church School year. We will also be producing other videos on different subjects for people of all ages. We invite everyone to view and subscribe to our YouTube channel for these and future videos!” ​​