When Belief Is Complicated 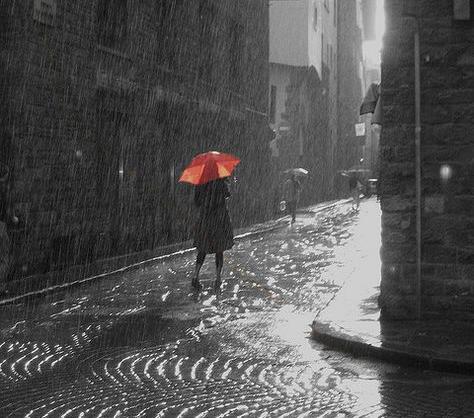 This statement sums up much of the modern experience. I don’t think the world we encounter is actually complicated – but our experience is. Simplicity is the reflection of an inner world free of conflicts and undercurrents. The truth of the modern inner-world is that it is generally pulled in many directions.

And so the world seems complicated.

Kierkegaard wrote that “purity of heart is to will one thing.” But we don’t will one thing. We will everything, regardless of the contradictions. Alasdair MacIntyre offered a work, reflecting on the competing visions of good in the modern world: Whose Justice, Which Rationality? We do not agree with one another because we don’t even agree with ourselves.

This makes faith in God very difficult. Faith is not a matter of “belief,” an act of intellectual willing. Faith is a perception of things that do not necessarily appear obvious. In the language of Scripture – “faith is the evidence of things not seen.” But the perception of faith is similar to the perception of objects beneath the surface of a lake. If the surface is disturbed, the objects disappear. The objects do not go away – but we can no longer perceive them.

In a world of manifold complication – the surface of the water is rarely still.

The journey of faith thus becomes a movement away from complication. In the Christian tradition, many have sought the stillness of the desert, the absence of distraction, as a means to spiritual perception.

The Orthodox faith has generally held to this tradition of stillness. To the seeker who wants to know the “truth” of Orthodoxy, the advice given is usually, “Come and see.” The noise of argument and the cacophony of comparison are not the place of discovery.

I have always been struck by Met. Kallistos (Timothy) Ware’s story of his first encounter with Orthodoxy. Though he is a great scholar, he did not find Orthodoxy in books. He found it in a street in London. He tells of walking in London one summer afternoon (in 1952) and going inside the Russian Orthodox Cathedral. It seems to have happened rather by chance than design. In the dim light of the early evening, the hushed tones of the Cathedral choir offered the hymns of Orthodox Vespers. His initial impression, he says, was that the Church was entirely empty. But in time, he adds, he realized quite the opposite. The Church was completely full, with “invisible worshippers.” He stayed rather longer than he intended – until he stayed for his whole life.

C.S. Lewis told of his acceptance of the existence of God occurring on a bus ride in Oxford. He had engaged in long conversations and arguments with his friend, J.R.R. Tolkien (and, doubtless, even longer arguments with himself). But it was only a bus ride, an occasion where we usually lapse into a numbed silence, that the existence of God became a clear perception for him. He got on the bus an atheist and got off a believer. He had no sense of having made a decision.

Not everyone dashes into a Church at just the right moment, or gets on the right bus at the right time. But it is possible to understand that sometimes – more information is not a solution. Less noise and a quiet mind are more to the point.

Suggestions for the complicated:

1. Quit caring so much. The world does not depend on you getting the right answer to life’s questions. Answers often come when we learn to wait patiently for them.

2. Quit comparison shopping. Truth is not a commodity. You don’t want the “better” one. You want the right one.

3. Quit thinking so much. If thinking would solve the problem and make things less complicated, you’d be through by now.

4. Look for beauty. Beauty doesn’t make us think so much as it makes the heart a better listener.

7. Give away money. At least someone will benefit by this discipline.

8. Sing (beautiful things). The part of your brain that sings is much more closely wired to your heart than the part that thinks.

10. Go inside a Church. Worked for Kallistos Ware…