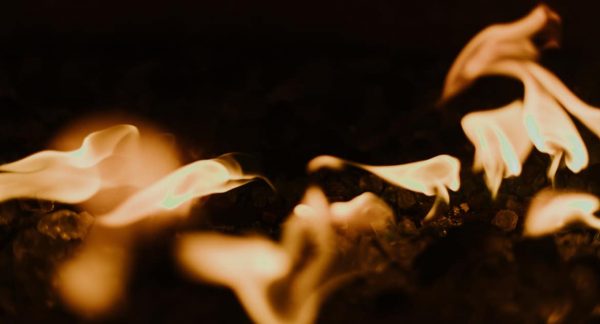 First,  in order to answer this question, we must understand what hell is. We have surprisingly very poor understanding of this. The widespread image of hell as an underground abode, where the demons subject sinners to sophisticated tortures: they put them in frying pans, boil them in huge cauldrons, hung them by their tongues. This has nothing to do with the Church’s idea of hell. Both the Kingdom of Heaven and Hell are a purely spiritual reality, not a physical one. This is not so much a kind of space in which bad people stay after death, but rather the state of one’s soul, consciously moving away from God. And just as the Kingdom of Heaven begins for a person already during his earthly life, so does hell overtake a sinner, who does not want to repent, even before his physical death.

Man was created free by God. He is the very stone, from a well-known logical paradox, which was created by God and which the Creator cannot lift. The human heart is probably the only place where the Lord limits His omnipotence. The freedom given to us by God implies the possibility of any choice – either to be with God, or to resist Him. And if someone consciously chooses evil and sin, then hell is a natural consequence of such a choice. To take this person out of hell is nothing but the denial of his freedom and violence.

But if hell is the only possible state of the soul of an unrepentant sinner and the only place of its posthumous sojourn, then why does the soul suffer there? It seems that it should be comfortable there – after all, it managed to get used to this hellish state of immersion in sin during the life of the body. First, it is because passion and sin never lead to happiness. Satisfying passion and sin can only bring relative comfort, but it is also temporary. No passion can be fully satiated. In hell, all the usual earthly means of satisfying sinful needs are absent. A person is left alone with the passions that devour him, from which it is already impossible to get rid of.

Secondly, if during earthly life a person tried not to notice God and His love for him, then in the afterlife this is impossible, just as it is impossible to deny the obvious. You can often find the opinion that hell is a place where there is no God. However, it contradicts such a characteristic of God as omnipresence. But God is love. So does the love of God penetrate into hell? Saint Isaac the Syrian answers this question in the affirmative. He speaks of the scourge of Divine love: “I say that those who are punished in Gehenna are scourged by the scourge of love! And what is so bitter and vehement as the torment of love? <…> But the power of love works in two ways. It torments sinners, even as happens here when a friend suffers from a friend. But it becomes a source of joy for those who have observed its duties.”

It is the love of God, which brings bliss to the righteous, which becomes unbearable for the sinner. In the age to come, when, according to the word of the Apostle Paul, God will be all in all (1 Cor 15:28), the love of God will embrace all people equally. However, it will bring joy to some, and torment others, depending on their perception. As another well-known saint, St. John of Damascus, wrote, “In the age to come, God gives blessings to everyone — for He is the source of blessings, pouring out mercy on everyone, and everyone partakes of the good, as far as one has prepared oneself to receive it.”

Who Is More Worthy of the Kingdom of Heaven: a Kind Atheist or an Evil Believer, Who Received Absolution Before His Death?

A reader wrote a question to the Foma Orthodox journal: One person sins all his life, does evil…