Source: Ramblings of a Redneck Priest
“Take my yoke upon you and learn of Me, for I am meek and humble in heart; and ye shall find rest to your souls. For my yoke is easy and my burden light.” The Lord makes it sound so simple and so inviting.
Archpriest John Moses (+2019) | 21 July 2020 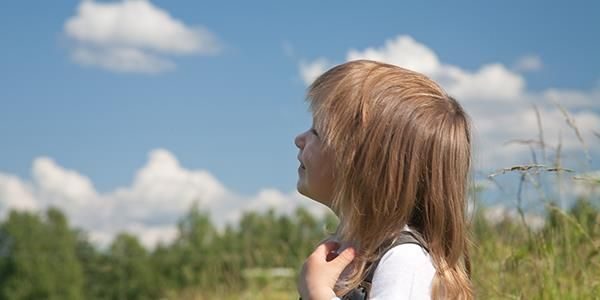 A group of people who had entered into hell were taken to a beautiful dining room. It was finely apportioned with the best furniture, silverware, and glassware. On the table, every possible food was present and it was all of the highest quality. They were told to take a seat. Their punishment would be that they could eat all they wanted and they would never get sick or tire of the food.

Hardly able to contain their joy and surprise, they sat down, placed the fine linen napkin on their lap, picked up a fork, and began to eat. The fork would pick up the food, but just before it got to their lips, it would fall from the fork. If they tried to take the food by hand, it would just slip between their fingers or disappear. Try as they might, no one could get a morsel in their mouth. This was truly suffering as they grew ever more hungry, angry and frustrated. This would be their lot for eternity.

I once took a class in seminary on evil, suffering, and the Christian faith. I remember one thing that the professor told us. Most of us are insulated from suffering. This may be a survival technique or even a gift from God, because if we experienced all the suffering that goes on in the world in just a small moment of time, the experience would kill us or drive us insane. Evil and suffering may be an inescapable part of human life, but all of us want a break from it all. We want to rest.

Jesus said, “Come unto me, all you who labor and are heavy laden, and I will give you rest. Take my yoke upon you and learn of Me, for I am meek and humble in heart; and ye shall find rest to your souls. For my yoke is easy and my burden light.”

The Lord makes it sound so simple and so inviting. Rest is found by taking His yoke and learning about Him. Why is it then that so few are willing to do it? We seem almost like masochists who prefer to suffer instead of rest. Here is a way offered to us by God, a way to be at rest, but we would rather take upon ourselves the yoke of the worldliness and sin.  Why would we prefer a hard yoke to an easy one?

There’s so much suffering in families today, even Orthodox families. Many wives suffer because their husbands refuse to serve them as Christ serves the Church. Instead of taking the Lord’s yoke of service, men demand that they be served. When wives fail to serve them because of weakness or frustration,  they resort to anger and sullenness, mental and even physical abuse. Husbands suffer because while they serve as best they can, wives refuse to show them honor and love. Men feel belittled by the sharp words of criticism from their wives. Parents suffer because children will not be obedient to them, and children suffer because parents forget that they are not to “stir their children to wrath.”

There’s suffering at the Church today. We are told to forgive each other, but often we hold grudges. We are called to bear each other’s burdens, but we are too busy sharing our burdens than to bear them. We are called to build each other up, but we tear each other down. We are supposed to speak the truth in love, but we whisper behind doors. We are to admonish each other “with psalms and hymns and spiritual songs, making melody in our hearts to the Lord,” but we admonish with biting words and harsh criticisms, or show a cold shoulder to the offender. Instead of sitting with visitors or the elderly or the youth so that we might share our faith and build them up, we sit with friends who can match our sophistication and wit. Some members of our church are lonely or hurting – do you know who they are? To the Church, the Lord says, “take my yoke.” We refuse and so there is much suffering at Church. As a result, the Church is not a place of rest.

Zacchaeus was man who carried a heavy yoke. He was a tax collector and thought of little else than financial gain. But for all of his money, he was hated and despised and rejected. How he must have suffered in his loneliness and isolation. Yet, when Jesus entered his house, Zacchaeus said with joy, “Lord, today, half of my goods I give to the poor. And if I have defrauded anyone, I restore to him fourfold.” Jesus said that at that very moment, salvation had entered the house, and Zacchaeus had become a true son of Abraham. Imagine giving away half of your possessions and then repaying all your debts fourfold. Zacchaeus did it with joy because he found it to be an easy thing to do. The yoke of Christ was light and Zacchaeus found rest, a rest that all the world could not buy him.

I invite you to take the Lord’s yoke. The result will be rest, not suffering. Learn of Him, and then do it His way. You will find that suffering will cease. I didn’t say that struggling would cease, for we live in a world that is not a place of rest. No, life will be a struggle, but if you struggle under the yoke of the Lord, you will find rest. Why is the yoke of Christ easier? The yoke of the world is a single one and you pull the plow alone. The yoke of Christ is a double yoke. The Lord will be in the yoke with you, helping you to pull the plow and break up the hard soil of life.