Why it is Necessary to Know the Old Testament

We listen to the hymns and readings in Church, and two series of events are revealed before us: the Old Testament – and the New, as the type and the fulfillment, as the shadow and the truth, as the fall and the rising, as the loss and the gain. 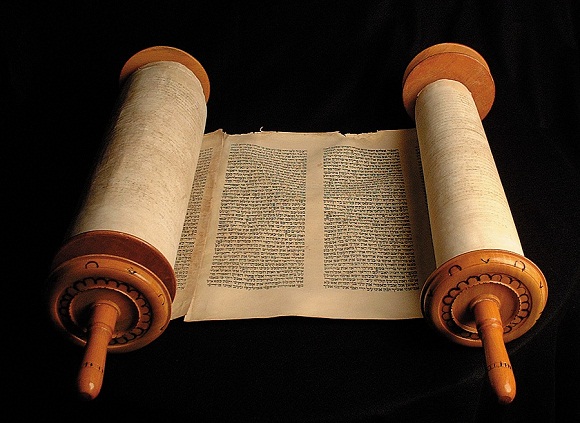 In the patristic writings and the hymns in the church services the Old and New Testaments are constantly being contrasted: Adam and Christ, Eve and the Mother of God. There, the earthly paradise; here, the Heavenly paradise. Through the woman came sin; through the Virgin, salvation. The eating of the fruit unto death; the partaking of the Holy Gifts unto life. There, the forbidden tree; here, the saving Cross. There it is said, Ye shall die the death; here, today shalt thou be with Me in paradise. There, the serpent, the deceiver; here, Gabriel, the preacher of good tidings. There, the woman is told, In sorrow shalt thou bring forth children; here, the women at the tomb are told, Rejoice. The parallel is made throughout the entirety of the two Testaments. Salvation from the flood in the ark; salvation in the Church. The three strangers with Abraham; the Gospel truth of the Holy Trinity. The offering of Isaac as sacrifice; the Saviour’s death on the Cross. The ladder which Jacob saw as in a dream; the Mother of God, the ladder of the Son of God’s descent to earth. The sale of Joseph by his brothers; the betrayal of Christ by Judas. Slavery in Egypt; the spiritual slavery of mankind to the devil. The departure from Egypt; salvation in Christ. Crossing the Red Sea; Holy Baptism. The unconsumed bush; the perpetual virginity of the Mother of God. The Sabbath; the day of Resurrection. The ritual of circumcision; the Mystery of Baptism. Manna; the Lord’s Supper of the New Testament. The Law of Moses; the Law of the Gospel. Sinai; the Sermon on the Mount. The tabernacle; the New Testament Church. The Ark of the Covenant; the Mother of God. The serpent on the staff; the nailing of Christ to the Cross. Aaron’s rod which blossomed; the rebirth in Christ. We could continue with such comparisons even further.

The New Testament understanding, which is expressed in our hymns, makes the meaning of the Old Testament events even more profound. With what power did Moses divide the sea? – with the sign of the Cross. “Inscribing the invincible weapon of the Cross upon the waters, Moses marked a straight line before him with his staff and divided the Red Sea.” Who led the Jews through the Red Sea? – Christ. Christ “hath thrown the horse and rider into the Red Sea,… and He hath saved Israel.” The return of the sea to its former state after the Israelites had crossed was a prototype of the incorruptible purity of the Mother of God. “In the Red Sea there was once depicted an image of the Unwedded Bride… ” (Dogmatic Theotokion, 5th Tone).

During the first and fifth weeks of Great Lent, we gather in church for the compunctionate and penitential canon of Saint Andrew of Crete. From the beginning of the Old Testament to the end, examples of righteousness and examples of transgressions pass before us in a long sequence, and then give place to New Testament ones; but only if we know the sacred history of the Old are we able to profit fully from the contents of the canon.

This is why a knowledge of Biblical history is necessary not only for adults; by giving our children lessons from the Old Testament we also prepare them to take part intelligently in the services, and understand them. But there are other, still more important reasons.

In the Saviour’s preaching, and in the Apostles’ writings, there are many references to people, events and texts from the Old Testament: to Moses, Elias, Jonah, to the testimony of the Prophet Isaiah, and so on.

In the Old Testament the reasons are given why salvation through the coming of the Son of God was essential for humanity.

Nor must we lose sight of the purely moral edification which the Old Testament contains. The time would fail me, writes the Apostle Paul, to tell of Gideon, and of Barak, and of Sampson, and of Jephthae, of David also, and Samuel, and of the prophets: who through faith subdued kingdoms, wrought righteousness, obtained promises, stopped the mouths of lions, quenched the violence of fire, escaped the edge of the sword, out of weakness were made strong, waxed valiant in fight, turned to flight the armies of the aliens … of whom the world was not worthy: they wandered in deserts, and in mountains, and in dens and caves of the earth … (Heb. 11:32-34, 38). We too can profit from this edification.

The simple and short answer to the title question is: We study the Old Testament because… 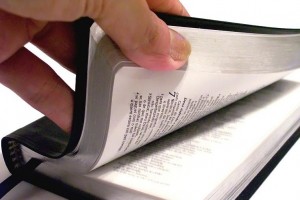 How to Read the Bible
Protopresbyter Thomas Hopko (+2015)

The Purpose of the Orthodox Parish

What is the purpose of the Church, and of the parish within her? The answer is given in…

Most viewed articles
Drifting Away235
The Conscience We’ve Forgotten140
Loving the Enemy102
Archdiocese of Australia Raised $ 636,000 for Those Affected by Wildfires in Greece92
Metropolitan Onuphry: We Are Called to Be Like God89
Patriarch Kirill: Teachers of the Basics of Orthodox Culture at Schools Have a Tremendous Task38
Chapel of Life-giving Spring and St. Nectarios under construction at Bucharest Oncology Centre19
Who Is the Author of Confusion and Fear?1
Most popular authors
Priest Luke A. Veronis235
Pravmir.com team219
Protopresbyter Themistoklis Mourtzanos140
Fr. Theodore Stylianopoulos102
Aurelian Iftimiu19
Fr. Stephen Powley1