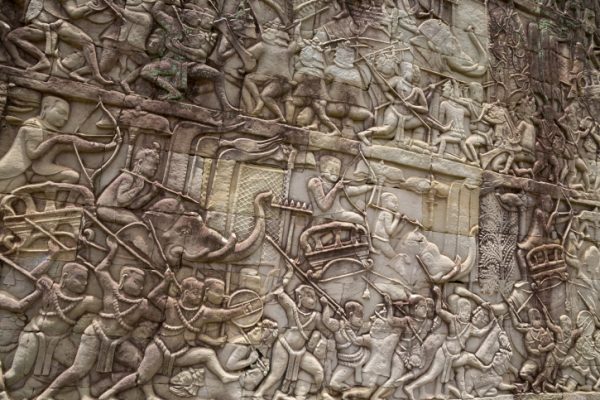 I would ask you to comment on why such a holy book as the Bible can contain so many acts of savagery?

It is no accident that the Old Testament is included in the books of Sacred Scripture. The Apostle Paul writes of the Old Testament Law that it is our schoolmaster, to bring us unto Christ (Galatians 3:24-25).

The Russian religious philosopher Vladimir Lossky called Old Testament history a period of preparation for the coming of the Savior, a period over the course of which “Providence constantly bears in mind people’s will, and chooses its tools and weapons accordingly.” Jesus Christ Himself emphasized that He had come not to destroy the Law, but to fulfill it (Matthew 5:17), i.e. to fill it with new meaning.

If we were to cast aside the Old Testament, we would understand almost nothing in the Gospels. The Old Testament contains prophecies and prefigured types, whose fulfillment we see revealed in the earthly life, death, and Resurrection of the Savior. Take just the central event in the New Testament – the Savior’s sacrifice on the Cross for the sins of humanity, and His Resurrection. Without understanding the meaning of sacrifice – what animal sacrifice signified in Ancient Israel – it is impossible to comprehend the Mystery of Salvation achieved for mankind on the Cross. And overall, much of what we read in the Gospels had already resounded in the Old Testament: love for God and one’s neighbor, taking on likeness unto God in His holiness, and much more.

As to the abundance of bloody stories found in the Old Testament, the cause of such brutality rests not in God, but in people who had so distanced themselves from their Creator that they had made murder, fornication, perversion, child sacrifices, and other abominations part of their daily lives. In such a milieu, it was incumbent upon the people Israel to preserve their religious and national identity, to preserve it, so that ultimately, the one worthy of becoming the mother of the Messiah might come from within their midst. And what can seem to us God’s cruelty or ferocity, is more analogous to the strictness of a loving father, striving to keep a son safe from the influence of bad associations. The people Israel was constantly moving along a narrow edge, at risk of being dissolved into the pagan world and sinking to the low moral level of the tribes and peoples around them. Lest that happen, and for the sake of the ultimate goal, mankind’s salvation from its bondage to sin, it was sometimes necessary to employ extreme measures, measures we can understand only in light of the Good News of the Gospels.

The simple and short answer to the title question is: We study the Old Testament because…