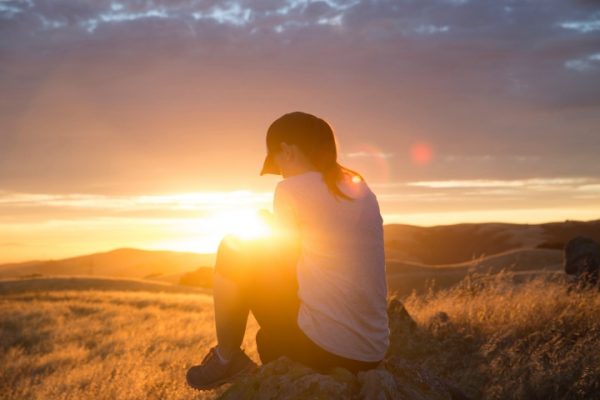 Existential isolation! A phrase virtually nobody speaks of these days, yet is the human phenomenon to blame for much of what is both great and destructive in the human experience. Without the means to gain a healthy acquaintance with one’s isolation there is no limit to the neurotic reactions it can provoke in a person, and by extension in an entire civilization. One needs a means of approach which calms the terror it produces.

A conscious experience of one’s isolation is hardly needed for its pains to be felt. In fact, most have no idea of its presence. It often appears as that deep intuition that something is not right with the world – not right with my own world; that I am separated from everyone in a way I cannot remedy; that I am incapable of mediating myself to the other, and this makes me aware – usually by way of anxiety – that I am alone in the world (though I be surrounded by a thousand friends). This is the individual’s experience of existential isolation.

I have particular worries for this present age and the one to follow in this regard. All the world over humankind has found ways to come to terms with their existential isolation. Historically religion was that way. The great religions of the world gave their adherents relief from the “sting of death” via tethering to that great “transcendent something” (as both Carl Jung and Viktor Frankl put it) which lifted them into higher frames of meaning, freeing them from the agonies of meaningless isolation.

We’ve mostly lost that. We lost it when we abandoned religion and tradition, rites and ritual. The psychological necessity for ritual is well-known. Whether it is a rite of passage for a child into adulthood, the marriage rite, the graduation ceremony, etc., ritual is a mainstay for healthy, human psychology. The need for ritual does not go away just because a society decides it is too progressive or sophisticated for it.

Western church culture has treated tradition and ritual with the same abandonment. Much of the so-called Christian churches today are little more than massive self-help associations; feel-good centers promising relief in proportion to one’s tithe, one’s attendance, one’s agreement with the pastor’s politics, etc. One’s own truth is the prime decoder of scripture. Tradition has been mostly abandoned, which is nothing less than the abandonment of the faith (in the sense that if Truth were to ever enter the world at some point in history—i.e. the Incarnation—then the only way Truth could be carried down through the ages would be through a fixed tradition; unless eternal Truth is changeable, which is oxymoronic).

But to make matters worse our age has not only abandoned tradition and ritual; it has run headlong into the most pervasive distractibility the world has ever known.

The cell phone – that magic stone each of us carry on our person morning, noon, and night – grants endless information, images, entertainment, communication; defying time and geography, allowing us to take no thought for ourselves, the moment, or the surrounding environment. For several hours per day many of us disappear into the world behind the screen, wholly detached from our reality.

And like emerging from a dark theater after a 2-hour movie, reentry into the real world – the one we actually, physically inhabit – often creates a painful moment of awareness – awareness of the suffering inherent in our living, breathing reality (if nothing more than the suffering of boredom). This experience tends to drive us immediately back into the screen world.

For scores of teenagers the cell phone is just the beginning. Even more distraction time is spent in the alternate reality of video games and drugs—the combination of which can have unbelievably devastating consequences on a person’s emotional development. Today one can skip the entire venture of emotional maturity forced on the 12 to 20-year-old in the form of hormonal and frontal lobe brain development. The simple act of disappearing into a screen combined with drugs for a decade or two allows one to successfully put off this development.

And this is the storm brewing that few have given earnest thought to.   At some point soon we are going to have great masses of adults with emotional IQs of children; masses of manbabies who cannot endure the most basic tests of the emotional suffering concomitant with adult life.

Of course, we see the first fruits of this already, but nothing like what is coming if we don’t learn to deal with our isolation. Screens will never satisfy; drugs, sex, video games, insta-whatever, will never satisfy the deep psycho-spiritual bankruptcy that our flight from reality has given us.

I see the psychology of isolation as the starting point, as the epicenter of emotional maturity, strength, and courage. How one learns to deal or not deal with their isolation will forecast much of their future. As argued above, it doesn’t seem that we have even the slightest hope in acclimating to our true existential situation given our modern habits.

But there is hope for the individual; there always has been and always will be.

As a therapist I see individuals on a daily basis taking up the fight to win back their suffering for good and not for destruction. These people learn to face their inner dragons; they learn to integrate their whole psyche with itself rather than ward off certain painful or inconvenient truths about themselves, or their history.

There are many ways, but some of the most successful I have witnessed are those which involve at least one of two ancient methods: (a) the development of what Paul Tillich called the “courage to be” found throughout Stoic thought, and (b) the ever popular mindfulness approach developed eons ago in Buddhist practice.

However, I’ve never seen anything remotely approaching the power of religious earnestness to embolden people in their battle with isolation. The person who finds God has discovered the ultimate shortcut out from the torment. He or she has access to that “transcendent something” which Carl Jung and Viktor Frankl touted as the essential medicine for isolation (and its twin – meaninglessness). And if one’s religion is thoroughgoing one can dwell with isolation, and even grow from it, due to having communion with God (for God is often found in the depth of isolation). Isolation is here experienced as the opposite pole of divine communion which, far from ruining communion, strengthens one’s capacity for it.