And They Will Know We Are Christians…. How We Respond to the Moral Questions of Our Time

Source: Living Maronite
Theresa Simon | 11 September 2017
Every day we are bombarded by news from all over the world – news that often upsets, angers, and makes us fear for the future of the society we live in. What sort of world will we leave our children and the generations after? Is there anything we can do to prevent the world from making choices that are so blatantly non- if not anti-Christian? However, is succumbing to this attitude actually Christian? Has not the Lord Himself said, “Do not fear, little flock, for it your Father’s good pleasure to give you the kingdom” (Lk. 12:32)? Theresa Simon, a Maronite Catholic, reflects on the temptations all Christians face and on how and why followers of Christ should deal with them. This article originally appeared on the wesite Living Maronite (https://livingmaronite.com/). The Maronites are a part of the Syriac Christians of the West Syriac Rite. They are a self-governing church in communion with Rome. 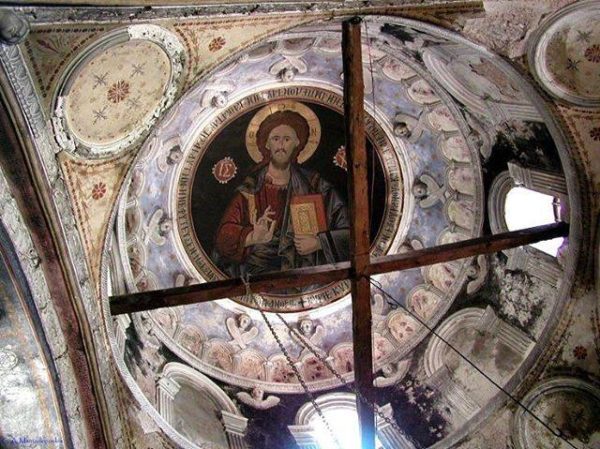 Recent events have led to a growing fear amongst Christians about the world we live in. Recently, both in the Maronite and Roman Catholic Churches, we heard the Gospel about the Canaanite Woman (Matthew 15:21-28). Jesus crossed over to foreign lands inhabited by pagans. Amongst those pagans he found the Canaanite Woman. She was bold and confident in her faith, yet remained humble. Her faith was strong even in the face of rejection.

Many of us have sung the words of the hymn “and they will know we are Christians by our love.” Those words are more important now than ever. We need not fear the secular world and the things happening in it. We don’t need to react to things as if they are signs of the end of the world. Everything is an opportunity to bring Christ into the midst and we need to go out to those who do not know God and seize the opportunity to take the message of Christ to the world. Like the Apostles we might be surprised by the faith we find in it.

We as a Church don’t need to be panicked and reactive. We need to be proactive. The Church thrives in times when it has been counter-cultural. So, what can we do to bring Christ’s message to the world?

The Church is not going to be attractive if the people in it are morally outraged, full of self-righteousness, judgemental, fearful and closed up on themselves. We must resist anger and the language of moral decline. As Pope Francis repeatedly tells us, the joy of the Gospel is for everyone and no one is excluded.

What is the point of saying to someone who does not share your Christian views – Doesn’t anyone believe in marriage anymore?

The truth is many people don’t believe in Christian marriage and they have not done so in a long time.

Our actions are in the spotlight right now, including how we speak and how we treat people. It is our actions which will inspire others to Christianity, not our judgement. As the hymn tells us, “they will know we are Christians by our love”. Jesus healed the pagan woman, but he repeatedly spoke out against religious people acting hypocritically. Judgement and condemnation of people is not going to bring people to the Church car park, let alone past the Church doors.

Jesus was not afraid to mix in foreign lands. To be friends with non-Christians will require sincerity and love. You can’t be constantly yelling at your non-Christian friends that what they are doing is wrong or patronising them for their values. It is good to pray for people, but to tell them that you are doing it because they are sinners is patronising. Pray for them in love. You can do it without condemning them. It is also condescending to tell someone “we love the sinner, but not the sin”. We are all sinners, telling someone they are a sinner but you love them really is not a good start to any conversation.

You don’t need to win the argument

This is one that many of us are bad at. The need to win the argument in the short-term can lead to us actually losing it in the long run. A discussion that descends into argument, debate and personal attacks will not bring anyone to Christ. Listening to and understanding the other persons view, even if you don’t agree with it, is the key to unlocking what it is you need to say to that person in that moment. There are times when it is actually prudent to say nothing. The need to have the last word in this moment may cause hurt and drive people away forever. Think beyond the need to win.

Scripts do not work. How you speak to each person needs to be personal. Share your own stories. Tell them what you do and why. None of us are perfect. Listening to people who have a different view might lead to you improving yourself.

Be careful about using slippery slope arguments ‘because of A, then B, C, and D will happen’. God transforms in love, not in fear.

The Church being Christ in Society

The Church also needs to be careful how it reacts to the moral issues of the time.

The brilliant theologian Metropolitan Anthony Bloom once said something about the Church that is quite radical. It is counter intuitive to how many think the Church should conduct herself in society.

“It seems to me, and I am personally convinced, that the Church must never speak from a position of strength. [These are shocking words.] It ought not to be one of the forces influencing this or that state. The Church ought to be, if you will, just as powerless as God himself, which does not coerce but which calls and unveils the beauty and the truth of things without imposing them. As soon as the Church begins to exercise power, it loses its most profound characteristic which is divine love [i.e.] the understanding of those it is called to save and not to smash…”

From the beginning the central message to Adam and Eve was that God in his divine glory had given them choice. He gives us the choice to choose Him. A key reason as to why so many did not believe Jesus was the Messiah was that they expected someone who would come and overthrow the present kingdom, the government of the time. Jesus consistently taught that his Kingdom was not the kingdom of this world.  He resisted temptation in the wilderness when Satan showed him all the kingdoms of earth and offered them to him to rule.  Jesus did not come with armies or rule by forcing his views, morals and doctrines on anyone.

Christ’s way has also been the cornerstone of Pope Francis’ papacy, he has called us to be careful of turning the faith into an ideology:

“The faith passes, so to speak, through a distiller and becomes ideology. And ideology does not beckon [people]. In ideologies there is not Jesus: in his tenderness, his love, his meekness. And ideologies are rigid, always. Of every sign: rigid. And when a Christian becomes a disciple of the ideology, he has lost the faith: he is no longer a disciple of Jesus, he is a disciple of this attitude of thought… For this reason Jesus said to them: ‘You have taken away the key of knowledge.’ The knowledge of Jesus is transformed into an ideological and also moralistic knowledge, because these close the door with many requirements.”

So let us all be disciples of Christ.

Theresa Simon is a Maronite Catholic. Together with two other women she runs an independent social media initiative @livingmaronite.