In Praise of Old Wolves 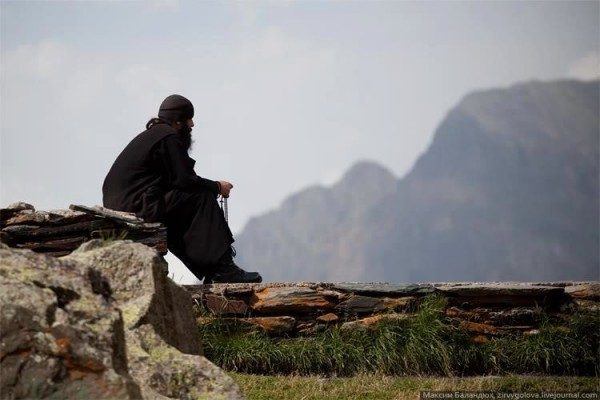 Many decades ago, I was a Wolf Cub. This is not, of course, a confession of lycanthropy, but of my membership in an organization for young boys. The Wolf Cub organization was patterned after The Jungle Books written by Rudyard Kipling, and founded by Lord Baden-Powell (1857-1941). I still have the thin red textbook of the Cubs, entitled, “Tenderpad to Second Star” (i.e. from the first initiation to getting the reward of Second Star). To receive the Second Star a boy had to become proficient in Morse Code and Semaphore, as well as “understanding the meaning of thrift and carrying it out in practice”. There was, as you see, a strong moral component to the training.

The moral training began almost immediately. New recruits were taught to “know and understand the The Wolf Cub Promise” which was: “I promise to DO MY BEST [capitals original!], to do my duty to God, and the Queen, to keep the Law of the Wolf Cub Pack, and to do a good turn to somebody every day”. The aforementioned Law of the Wolf Cub Pack was Tenderpad Requirement No. 1, namely: “The Cub gives in to the old wolf; the Cub does not give in to himself”.

That is, the young cub in the pack deferred to, reverenced, and obeyed the orders of the older and more senior wolf. This was absolutely basic, which is why it was Requirement No. 1. This reverence for one’s seniors was hardly unique to Cubbing; indeed it forms the foundation for every healthy civilization. The Biblical version of this timeless precept may be found in Leviticus 19:32, which reads, “You shall rise up before the hoary head, and honour the face of an old man, and you shall fear your God: I am the Lord”. Or, in other (more modern) words, “You shall stand up in the presence of someone whose hair is white with age, and show honour to the elderly. This is how you show respect for your God.”

This principle was ingrained in Biblical culture, so that in those days it was almost inconceivable that a younger person would argue with or openly contradict his elder. In many places, one would not even presume to offer an opinion in public discussion after an elder offered his, lest it appear that you were correcting him. Job was enjoyed such respect: “When I went out to the gate of the city, the young men saw me and withdrew, and the aged rose and stood; the princes refrained from talking and laid their hand on their mouth; the voice of the nobles was hushed and their tongue cleaved to the roof of their mouth…After I spoke, they did not speak again” (Job 29:7f). Job’s words commanded respect. After he spoke in the gate, no one presumed to correct, add, revise, or rebut.

It hardly needs stating that such respect for the elderly is quickly vanishing from our modern culture, along with many other vestiges of civilization. For us today, “Tenderpad Requirement No. 1” would read something like, “Always remember that your opinion is just as good as anyone else’s, so feel free to argue for it at all times, even with strangers on Facebook.” One’s opinion is considered to possess value simply because it is one’s opinion—regardless of one’s age, experience, education, or familiarity with the topic under discussion. Deferring to the elderly simply because they are old is increasingly considered irrational and maybe a bit weird. Today’s cub does not give in to the old wolf; today’s cub gives in to himself.

Respect for the elderly, even in the days of my Cubbing, did not of course mean never speaking after your elders did, or somehow imagining that every opinion offered by someone’s grandfather was correct. Old guys did disagree with each other after all, and their opinions were of differing value. But it did mean listening respectfully to their words, recognizing that a man of decades’ long experience was more likely to know what he was talking about that someone still wet behind the ears. And even if he was speaking nonsense, one listened to it respectfully and treated him with honour.

Of course one might ask: what exactly is the problem with our modern rejection of hierarchy with its disallowance of deference to elders? After all, it doesn’t mean that grandpa will be put out on an ice floe to die when he becomes sick—though our increasingly felt freedom to euthanize the terminally sick (at least here in Canada) does push us in this Arctic direction. Medical Assistance in Dying (as it is called up here) inevitably puts pressure on the elderly suffering with a terminal condition to end it all prematurely. Staying in hospital or in long-term care can rack up big bills, and grandpa knows as well as anyone else in the family that he could save them a bundle by hopping on the ice floe or getting the injection. No one in the family has to remind him of this; our culture of death does that without anyone else in the family saying a word.

But even apart from such threat to full longevity, there are other problems arising from not giving in to the old wolf and feeling that our every opinion is of equal value to everyone’s else’s. I mention two of them: a devaluing of scholarship and of tradition.

Scholarship is an early casualty when everyone feels that their opinion is just as valid as everyone else’s. For scholarship consists of reading, discovering, talking, writing, and transmitting things that have been learned through decades of study and hard work. Naturally not everything claiming to be scholarly is true scholarship. But I am talking about real scholars, men and women whose work and expertise entitle them to a special hearing.

People of my vintage (especially clergy of my vintage) are all familiar with the phenomenon of trying to debate with those much younger who dogmatically and defiantly argue their views without the benefit of any scholarship or expertise at all. I remember thinking during one such debate that I had been intensively studying the question under discussion for longer than my disputant had been alive, and I was tempted to respond with the words that “the Great Knock”, W. T. Kirkpatrick, said to a young C. S. Lewis when the latter was gassing on in a similar vein: “Do you not see that you have no right to have any opinion whatever on the subject?” Obviously, of course, I said nothing of the kind, but just looked at my watch and tried to figure out how much time I should waste on this.

In fact, all opinions are not of equal value, however sincerely they might be held. If someone has studied the question at great length and can produce facts, cite sources, and is familiar with others who have done the same—in short, if that person is a scholar—then we should happily sit at his or her feet and learn. But it takes time to acquire such expertise, and so this expertise is usually found only in old wolves. A young cub’s belief that his opinion is necessarily of equal value to the old wolf’s may deprive him of the wisdom that the old wolf has struggled long to acquire.

Tradition is another casualty when one believes that all opinions are of equal worth. For tradition is just another name for listening to the wisdom that old wolves have accumulated over the centuries and have passed down to their heirs. In the church these old wolves are called “the Church Fathers”, and they have been discovering, debating, and refining their views in a long extended discussion spanning many time zones and many centuries. Their heads are very hoary indeed, and it is our wisdom to rise up before them.

It is sometimes thought that scholarship and patristics are mutually incompatible, and that one must choose between them. This is unfortunate, for we need them both. If one junks the Fathers in deference to the scholars one may become a liberal; and if one junks the scholars in deference to the Fathers, one may become a fundamentalist. If one embraces both in proper balance, one may become authentically Orthodox (and, one is sometimes tempted to add, “somewhat rare”). The necessity of embracing both the scholars and the Fathers shouldn’t be that hard to figure out, for many of the Fathers were scholars themselves, and an old wolf like St. Jerome would find himself very much at home in Orthodox colleges today—and probably impatient with young cubs who disdained his learning while imagining they knew as much as he did. St. Jerome did not suffer foolish young cubs gladly.

The need to rise up before the hoary head and give in to the old wolf—i.e. to hearken to what both scholarship and tradition can teach us—is increasingly urgent these days. The alternative to learning from these twin sources is being deceived by false learning—or to give its usual name, by propaganda. We are awash in such propaganda, with magazines, newscasts, social media, and blogs brimming with bold assertions, fake news, dogmatic opinions, and emotional attempts to stir us up and enlist us in someone else’s cause. By insisting upon scholarship and following the phronema of the Fathers, our head and our heart can combine so that we can know propaganda when we encounter it. We can then offer the proper response and say to our would-be teachers, “Do you not see that you have no right to have any opinion whatever on the subject?”

There is a social cost for refusing the wisdom that comes from scholarship and tradition. The Wolf Cubs were right after all. We must not only Do Our Best. We must also remember the first requirement of Tenderpads and of all who would stay safe in these turbulent times: “The Cub gives in to the old wolf; the Cub does not give in to himself”.