Will Our Names Be Written In Heaven? 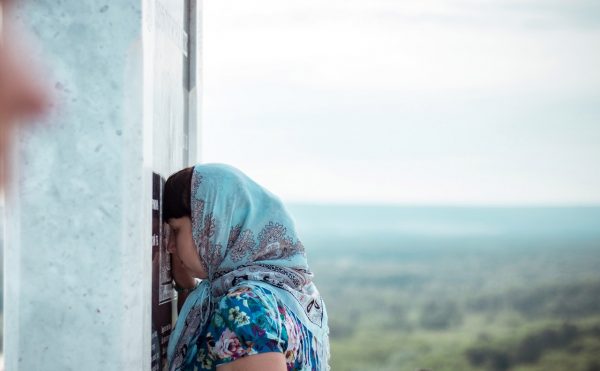 In today’s gospel we see the 70 apostles and disciples come back to the Lord after going out and ministering among the people. They are thrilled that the demons are subject to them in the name of Jesus Christ, yet the Lord answers them with these words “Nevertheless, do not rejoice in this, that the spirits are subject to you.” My beloved, if these words hold true for the apostles and disciples even before the Lord’s crucifixion and resurrection, even before their receiving of the Holy Spirit in baptism, how much more is this statement true for each of us who have been baptized and received the Holy Spirit and put on Christ?

The spirits are subject to us because we are the children of the King and Master of the universe. It may be difficult for us to perceive that and to think this way, but as baptized Christians it is important for us to realize that we have put on Christ and become sons and daughters of the Father. The spirits have no real power over us, except for the power that we allow them to have. We invite them and let them into our hearts and we accept their influence in our minds. But if we cling to Christ, they have nothing to grab hold of, we become like fire and they would be burned by us.

But we need not think too highly of the fact that we have been given such power in Christ because as the Lord says “I saw Satan fall like lightning from heaven.” Meaning, it was his pride that caused him to fall in an instant. So what is required of us is Christ-like humility so that we will not stumble as Satan did when he fell. And yet there is more. He reminds them saying “but rejoice that your names are written in heaven.” It’s such a simple statement and yet it is so profound. Our great joy is that each of us has a name that is written in the Lord’s book in the kingdom. We are His. We belong to Him. You know in the business world they say that if you don’t appear on the first page of Google, you don’t exist. Well if this is true of a search engine, imagine how much more it must be true with the Lord. If we don’t appear in the book of life, do we even exist? But on the other hand, if we are found in the book, we exist, we have life and this can never be taken away from us. This is our inheritance and our birthright as children of the King.

As we think about these words and ask the Lord to guide us and to bless our lives so that our names might be found in the book, we remember a saint who was likely present that day and heard the Lord’s words in person. Today we celebrate the memory of St. Luke the Apostle and Evangelist. This is an extra special celebration for our community because 2 years ago we received a small portion of his holy relics.

We have many details from the life of St. Luke but for the sake of time we will only briefly touch on it. We know that he was born in Antioch, Syria and that he was a convert to the Jewish faith. He was a brilliant man who took his studies seriously and excelled especially in medicine and became known as a physician. Frequently we see this type of work ethic and diligence applied by the saints. They aren’t one dimensional. They are men and women who often excelled in their crafts and duties. This was a reflection of their gratitude to God for the talents and gifts they had been given. To do you best at the tasks that are given to you, is to honor God who has put those things before you and given you the ability to do them well.

After the resurrection and Pentecost, Luke went out to preach the gospel and travelled to Sebaste, Antioch, Greece and Phillipi in Macedonia. He also travelled with the Apostle Paul and documented much of the history of the early Church in his work “the Acts of the Apostles.” Of course we cannot neglect to mention that his most important work was the writing of his gospel, one of the four most important books of the whole Bible around the year 60 a.d. As well as his chronicle of the early life of the church in the Acts of the Apostles.

Holy tradition also tells us that Luke probably saw the martyrdom of St. Paul in Rome and that he later went to Italy, Dalmatia, Gaul, Macedonia and Egypt to labor on behalf of Christ and His Church. During all of these travels he ordained priests and deacons and healed those who came to him. Ancient tradition also tells us that Luke was the first iconographer of the Church and that his first icon was the image of the Mother of God with the infant Jesus. At the age of 84 he was martyred in Thebes, Greece by being crucified on an olive tree.

The location of his relics were well known during the fourth century because of the many miraculous healings that occurred there. At that time they were transferred to Constantinople. In 1204 they were stolen by Roman crusaders who plundered Constantinople and the relic ended up in Padua, Italy. In 1992 the Metropolitan of Thebes requested a significant portion of the relics to be returned and this prompted a scientific investigation of the relics in Padua which confirmed that the relics indeed belonged to an individual of Syrian descent from between 72-416 a.d. A large portion of the relic was returned and since then has worked many miracles. On December 22, 1997 the marble tomb of St. Luke began to stream myrrh.

We should never be surprised when we hear of all the amazing feats and accomplishments of the saints. God is faithful to those who love Him and He gives us much more than we can ever begin to imagine because He is the life and the light of the faithful and there is no other life or light outside of that which He alone can give us. May our lives also shine with the love of Jesus Christ to the glory of God the Father. Amen.

In today’s epistle we hear the apostle Paul’s works to the Christians at Corinth. His warning to them…

How To Become Great

Humans have always had an irresistible urge to reach for greatness. Rarely do people wake up and say…

As You Have Believed