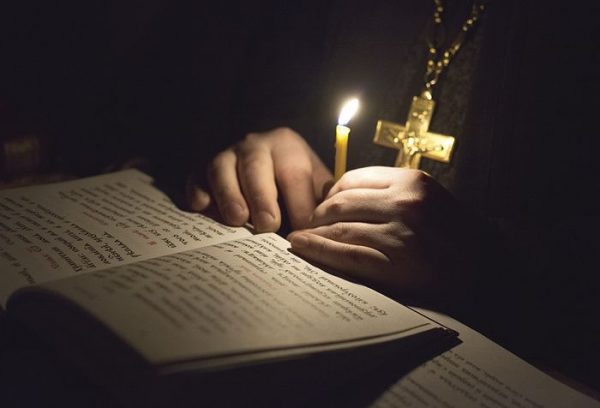 In the parable of Successful Farmer (Luke 12: 16-21), Jesus tells us about a prosperous farmer whose land produces so well that he has to tear down his barns and build bigger ones.  He says to himself, “You have many goods stored up for many years; take your ease, eat, drink and be merry.”  It is at this point that God speaks to him: “You fool, this night your soul will be required of you.”  Then Jesus comments on the parable saying, “So is he who lays up treasure for himself, and is not rich toward God.”

I’d like to suggest that some of the other parables in Luke teach us how it is that we become rich toward God.  For example, in the parable of the Rich Man and Lazarus we learn that the reason why the Rich Man suffers in tormenting flames after he dies is that during his life he had his good things while Lazarus, the poor man who begged at his gate, had evil things.  The good things the Rich Man had were his, he didn’t steal them; they were his to enjoy.  Yet at the same time, a beggar, Lazarus, had evil things.  The evil things are not identified as “his,” they were just evil experiences and circumstances that happened to fall upon him.  After both men die, we find out that Lazarus is comforted in the next life while the Rich Man suffers torment.  And the only explanation we are given for this state of affairs is that during his lifetime the Rich Man had his good things and Lazarus had evil things.

It seems that what we do with our own things in this life has a huge impact on the next.

The parable of the Unjust Steward (whom we might even call the Embezzling Steward), which comes just before the parable of the Rich Man and Lazarus, teaches the same thing.  Here a steward of a wealthy master learns that he is going to loose his position and calls in his master’s debtors and erases large amounts of their debt. The wealthy master learns what he has done and praises the Embezzling Steward for being wise.  This parable makes no sense if we think it is really just about money and material goods.

Let me interpret this parable.  The wealthy master is God and every human being is a steward of the master’s wealth: our life with all of our abilities, resources and circumstances, which is our stewardship from God, our good things, you might say.  Those in debt are those who have very few good things and many evil things.  They are in debt because they must depend on others.  That the steward learns that he will lose his stewardship means that he realizes that he will die–we all, one day, will lose our stewardship, the life entrusted to us by God.  What the steward does next is interpreted for us by Jesus: he uses the “unrighteous mammon” (the resources entrusted to his care) to gain friends who will receive him into “an everlasting home.”  Of course, the everlasting home is a reference to heaven, which we find out in the next parable (the Rich Man and Lazarus) is where the poor are comforted.  So the poor are the ones who will receive the rich into their heavenly homes if during this life the rich use “unrighteous mammon” to earn their friendship.

Such an interpretation does not go down very well in our Protestant-Capitalist culture.  Conveniently, the religious edict against “works righteousness” fits nicely into an economic system that prioritizes the accumulation of wealth-bigger barns.  However, the Church Fathers, and none more loudly than St. John Chrysostom, are pretty consistent in their teaching that what one does with one’s resources in this life plays a large role in what happens in the next.

And I would hasten to add, however, that “unrighteous mammon” may refer to more than just money and material resources.  It might refer to anything that we tend to horde or protect for ourselves: our abilities, our talents, our influence, our time, our listening ear, our helpful hand, our compassionate tears.  Giving, asSt. Paulsays, is not measured by what you don’t have, but by what you have (2 Cor. 8:12).

And one more thing.  Maybe we can all be the poor.  The wealthiest man in the world may be starving for an honest word.  It seems everyone lies to a rich man.  Often those rich in one area are abjectly poor in another.  Didn’t St. James say that God has chosen the poor in this world’s goods to be rich in faith? (James 2:5)  It may be, if we have ears to hear it, that giving and receiving is something we all must do.  The rich person may have to receive as a gift the faith, prayer or thanks of a poor person.  It may be the only way in this world that treasures of the next world will enter his heart, so poor in faith he is.

Which brings us back to bigger barns and harsh parables.  Life and death, wealth and poverty: these are the realities, harsh realities, of this world.  St. Luke wants his readers to be certain that whatever we do in this world will certainly influence what happens in the next world, with its eternal realities that may prove harsher and more comforting than anything experienced in this life.