Source: No Other Foundation
Archpriest Lawrence Farley | 23 May 2020 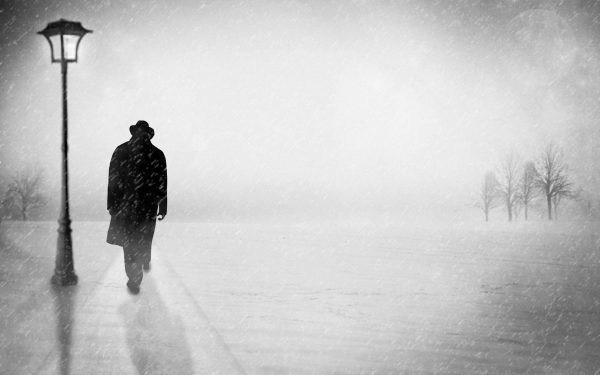 Lately I was listening to Jann Arden’s poignant song Will You Remember Me? and it occurred to me that in one hundred years from now, no one would. In this I am, of course, hardly unique: in one hundred years from now, no one will remember you either, nor will they remember anyone currently reading this blog. My children will remember me, and my grandchildren after them (though for them grandpa will live more on the edges of their memory), but after my grandchildren die, it will be as if I had never existed. This is not a morbid complaint, but a simple observation.

But this last observation about celebrities merely confirms the assertion with which this piece began, for no one alive one hundred years from now (as few people alive now) will know the real Humphrey Bogart or the real Marilyn Monroe. All that will remain will be their film legacies and (in the case of Marilyn) a pile of photos. The real flesh and blood persons behind the names will have vanished. Even now few people know that Marilyn’s real name was not Marilyn Monroe, but Norma Jeane Mortensen.

The fact that human existence is ephemeral and fleeting is hardly new. The old hymn O God Our Help in Ages Past reminded us that “time, like an ever-rolling stream, bears all its sons away”, and previous generations could hardly have forgotten the fact of their mortality if they wanted to. In past ages, people died at home, and were prepared for burial by their immediate families. Child mortality was much higher then (alas) so that every family was intimately acquainted with the sight of corpses.

But this is no longer the case. Now our culture has chosen to deny death as fact of normal existence. Most people do not die at home, but in hospitals, where they are promptly whisked to the morgue, and then (increasingly) to the crematorium. Our funerals often no longer gather around the body of the deceased, and are sometimes no longer even called “funerals”, but “celebrations of life”. The mourners (no one calls them “celebrants” for all the talk of celebration) do not assemble around the casket, but stare at a photo of the deceased. In our culture we contrive to deny that death exists, and we quickly go back to watching the football game or Netflix. Think about it: when was the last time you heard anyone described as “being in mourning” after a funeral? It is as if the ever-flowing stream of time now no longer bears anyone away.

In this environment it is therefore salutary to be reminded of death. Perhaps that is why every time we gather at the Liturgy the deacon bids us pray for a Christian ending our life, painless, blameless, and peaceful. It is salutary to be reminded that death awaits us all, so that we can prepare for it and for the judgment that will follow.

So, it is no bad thing to be reminded that one hundred years from now no one will remember us. No one, that is, except One. God will remember us after we are gone. That is why we sing Memory Eternal” when we pray for the dead. For the “memory” referred to in the prayer “May his memory be eternal” is not our memory, but God’s. He will remember us, when all have forgotten that we had ever lived. It is just here that we see the true horror of hell, for hell is the black sty where the wicked will dwell, forgotten even by the omniscient God. We see this terrible possibility foreshadowed in the Lord’s words at the Last Judgment, when the One who knows everything and everyone will say to some, “I never knew you” (Matthew 7:23). This will be the worst horror hell will contain. We want God to remember us.

And His memory is not like ours; His memory is with power. In Hebrew thought, to remember is to take action. When God remembered Rachel, He granted to her the promised conception (Genesis 30:22). The prophetic mandate in Isaiah 62:6-7 to remind the Lord about Jerusalem was not a prayer that God would fondly recall the city, but that He would take action to save it. When God remembers, He acts.

Ultimately, therefore, God will remember us. Even now He holds us in the palm of His hand, and will receive our souls when time’s ever-rolling stream bears us away. And on the Last Day, when this age finally fades like a dream and the whole world dissolves in the fire of divine judgment, God will remember us. He will take action, and raise us up to new life, and that life, like His memory, will be eternal.