You Are Not a TV Show

Perhaps the most fundamental exercise of the Christian life is found within St. Paul’s simple admonition. It is a directive that points us towards authenticity. The self which St. Paul describes is not the same as the ego which we construct. I am not defined by the stories of my abuse or my public perception. I am not defined by my choices or my genetic inheritance.
Archpriest Stephen Freeman | 19 July 2011

The modern world, with the advent of technologies such as the internet and other instantaneous forms of digital creation, has created what is easily described as a virtual world. In digital comprehension, a virtual world is not a real world, but increasingly feels like one and, to some extent, can be experienced like one. Doubtless, human experience has known a variety of experiential worlds, but this latest, the virtual world, stands perhaps as a primary exemplar of those things that are not real or true. Any photo, any video, cannot only be taken for what it is, a photo or a video. Technology is such that the trustworthiness of such phenomenon has plummeted to near zero. Are we seeing what the camera has shown, or are we seeing a digitally altered version of reality? 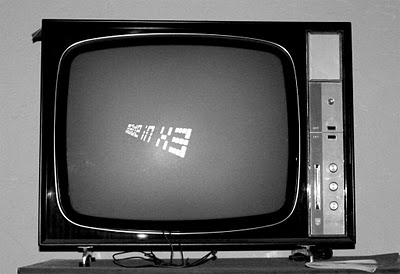 This is not just a phenomenon of our computerized world: it is a pattern, long established, in human behavior. Archimandrite Meletios Webber has written very aptly about the difference between the true human self, and the falsely constructed human ego:

The mind is the great defense system we need to process all the information we receive. However, in so doing, the mind is self-centered, judgmental, and fearful of attack. It expects and assumes the worst from the world, from other people, and ultimately from God. Every detail in the universe is measured by the mind against its usefulness to the mind’s story of the self, the ego. The mind attempts to replace the real center of being, the heart, with a center of its own creation.

Thus, in Fr. Meletios’ description (which is consonant with that of the Fathers), the ego has long been living in a virtual reality, creating a story and a version of the self which is not our true self – but a project of imagination and creative distortion.

Some of this temptation is manifest in the drive to fame through various forms of modern media. We have witnessed numerous attempts by individuals and families to acquire a “reality show” based on some bizarre action or performance. Of course, reality show is among the ultimate contradictions. Such shows do not depict reality: they depict false projections and reports of a constructed ego.

You are not a TV show.

Of course, the more time we spend defining our world through various virtual experiences, the more we come to mistake such virtual realities for reality itself. Even without the aid of technology, we all experience a form of virtual reality through the construct of stories, true and false, which we tell ourselves and relate to others in our efforts to construct, define, and defend the false reality of the human ego.

The ego, as defined by itself, is not our true self and can never be: we are not self-constructed. The reality of who we are – the meaning and purpose of our existence – is constructed by God – who alone gives us existence and purpose. Our efforts to avoid our dependence on God is simple a symptom of sin – not a true existential problem.

Set your mind on things above, not on things on the earth. For you died, and your life is hidden with Christ in God. When Christ who is our life appears, then you also will appear with Him in glory (Col. 3:2-4).

Perhaps the most fundamental exercise of the Christian life is found within St. Paul’s simple admonition. It is a directive that points us towards authenticity. The self which St. Paul describes is not the same as the ego which we construct. I am not defined by the stories of my abuse or my public perception. I am not defined by my choices or my genetic inheritance.

I have been crucified with Christ; it is no longer I who live, but Christ lives in me; and the life which I now live in the flesh I live by faith in the Son of God, who loved me and gave Himself for me.

The false constructs of the ego – the virtual reality defined by sin and imagination – are dead. They have been crucified with Christ. The life which we now live, which alone is authentic, is the life lived by faith in the Son of God. Who I am is a matter which is hidden and which is a matter of constant discovery in my life in Christ.

I have long had a deep aversion to the depiction of Christ and holy things within the confines of the cinema. The power of the virtual image easily creates its own reality. We do not worship the Christ of Zeffirelli, or other false depictions of the media. James Caviezel is not the Christ. Max von Sydow is not the Christ.

I am not a TV show – nor am I any of the false versions of the ego which I may tell myself or believe when told by the lips of others. I am only to be known in Christ. And thus I can only know others in the truth of their being as I know them in Christ.

It is a great kindness within God.