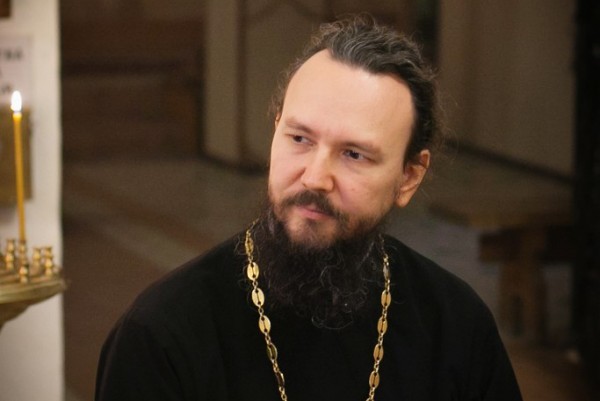 “Woe to you, teachers of the law and Pharisees, you hypocrites! You give a tenth of your spices—mint, dill and cumin. But you have neglected the more important matters of the law—justice, mercy and faithfulness. You should have practiced the latter, without neglecting the former.” Matthew 23:23

When you hear the lashing words that Christ used today to denounce the hypocrisy of Pharisees, Scribes and High Priests, you really hope that they can in no way be applied to us, Orthodox Christians. However, once I was a witness to something that made me doubt whether we truly are that far from having a pharisaic approach to religion.

While I was still studying in seminary, I became friends with a lonely old lady.  Her life was already coming to a close especially since an awful tumour, inoperable and spreading, left her no chance of living long. Add to that a broken hip bone which condemned her to spend her last days in bed.  An old nun, kind and zealous in serving God looked after her.  Once I walked into this old rickety house. As soon I stepped onto the threshold I heard a barely discernible voice say “Water… water…” This was immediately followed by a harsh answer, “You’ll have to wait! Can’t you see I’m praying!”

I have no desire to make strictures on this nun’s obviously inadequate behaviour.  A dying person is asking her for a drink of water, yet she feels it more important to complete the reading of her monastic prayer rule.  I don’t desire to rebuke her because the nun’s actions were caused not by the coarseness of her heart or by some strange desire to annoy this already miserable person.  Quite the contrary, day and night she nursed the ailing woman in a true Christian spirit. Yet, and this is extremely important, somebody had convinced her that when praying, nothing should distract you under any circumstance. Not even if there is a dying person next to you.

Completing the rule at any cost has become the main criterion of spiritual life, has it not?  Thus, a wonderful tool for the cultivation of the soul has turned into a simple formality.  Some complete their prayers on the way to work by turning on CD players in their cars.  Some read their prayers while out on a walk.  In all these cases nothing remains of prayer except the rule.

I don’t remember in which Paterik I stumbled across an incident that helps to understand the place and role of outward religious forms in our spiritual life. Once, three monks, who had no love for their neighbour in their hearts, came to an Elder experienced in spiritual life and began to boast of their achievements.  The first one said, “I have memorised the whole of the Old and New Testament.  What will my reward be?”  The Elder replied, “You have filled the air with words, but gained nothing by your labours.”

Then the second one came up and asked, “What about me, I have copied all of the Holy Scriptures for you.” The elder replied, “You’ve gained nothing by that either.”  Then the third one exclaimed, “Father, I perform miracles!” “You gained nothing either, for you have banished love from yourself.” Then addressing all he said, “If you want to be saved, love everyone and be zealous to show mercy. Only then will you be saved.”

The main reproach that is addressed not only to the Pharisees and the Scribes, but to us all is that we have neglected justice, which means using a sound and sober judgement, and mercy, which is a loving hearts’ empathetic attention to everything that goes on around us, and faithfulness, that is having a constant yearning for the Living God.  This is what the Lord reminds us of today.  No religious rite should hide a living person from us, no matter how bad or how wonderful they are.