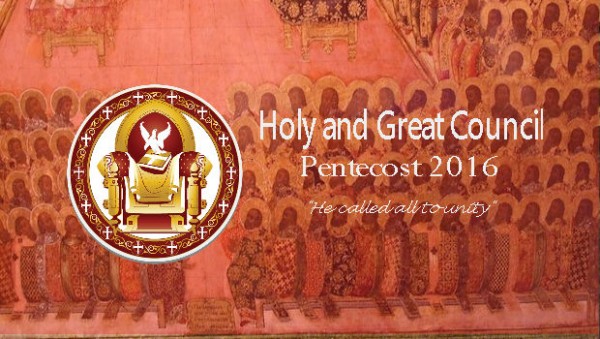 June 12, 2016
Feast of the Fathers of the First Ecumenical Council

Your All-Holiness and Your Beatitudes,

We, the undersigned international group of Orthodox scholars, address this letter to the leadership of the Orthodox Church, to all Orthodox Christians around the world, and to all people of good will. We write out of profound concern for our Church, whose unity makes the new life in Christ visible to all humanity. We pray that the impending Council, so much anticipated and so long prepared, will bear forth the fruits of the Spirit, the first among them being the Pan-Orthodox unity. Hence, we support the agreement of the Orthodox leaders, publicly announced at the Pan-Orthodox Synaxis in January 2016, to gather together for the Holy and Great Council in Crete in mid-June 2016.

We believe that there are no insurmountable difficulties to beginning the Council in June, despite the significant questions that have been raised regarding the drafts of the conciliar documents and conciliar proceedings. We acknowledge the legitimacy of some questions, such as the request to reopen the discussion of the drafts of the conciliar documents. We also concur that there are many other issues dealing with the Church in the twenty-first century that would require future Pan-Orthodox attention. Nevertheless, we are convinced that the best venue for settling significant disputes today, as in the times of old, is the Council itself. To postpone the Council once again, is to fail to live up to the principle of conciliarity on a global level.

Nobody can expect the Council to settle all important questions and to heal all jurisdictional disputes in ten days. But we hope that this Council will be a beginning of the healing process and that it will usher in a new era of global conciliarity and unity. The representatives of the local Churches that wish to jeopardize the work of the Council by further delays should not intimidate the rest of the Orthodox leaders that wish to carry out the commitment to have the Council on this year’s Feast of Pentecost. In the last century, the Orthodox Church has witnessed to the world through a rich theological legacy and the blood of new martyrs. The Holy and Great Council occasions an opportunity to commence a new phase of Orthodox witness. As the eyes of the whole world are upon the Orthodox Church, we beseech all of our leaders to hear the Spirit’s call to conciliar unity.

And approximately 950 others who signed their names to the Petition