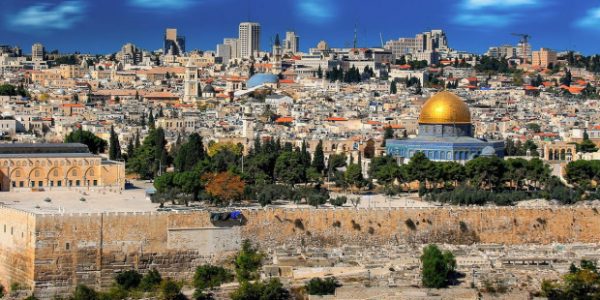 May 11, Interfax – Head of the Spiritual Assembly of Russian Muslims, Moscow Mufti Albir Krganov, believes that one should carefully approach the question of the status of Jerusalem, so as not to offend the feelings of Muslims around the world.

“The Holy Quran and the Sunnah of the Prophet Muhammad teach us to respect all religions and cultures. We ask others to treat us the same way. No matter who you are, you cannot make rash decisions, which hurt the feelings of almost two billion residents of the planet. You cannot cause strife in already troubled regions,” A. Krganov said on Friday in the Moroccan Rabat, speaking at the VII scientific conference on the role of Jerusalem.

The mufti stressed that Russia has consistently called for a”peace treaty with the two states.”

“You cannot from the outside interfere in the internal affairs of countries without taking into account historical, cultural and religious peculiarities. Examples are obvious. We see what happened in the Arab world, “he noted with regret.

Message of the Holy Assembly of Bishops on Kosovo and Metohija