100s of Muslims converting to Christianity in Finland, churches say

Source: Fox News
'I haven't been baptised yet, but I'm looking forward to it and I'm sure I will be a good Christian'
Natalya Mihailova | 30 July 2017
(Christian Today) Finland has reportedly seen a flood of conversions from Islam to Christianity, with hundreds of asylum seekers from the Middle East turning to the Christian faith, officials in the Evangelical Lutheran community said. 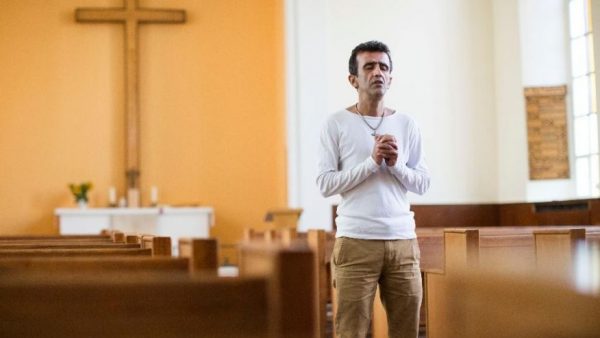 Photo: Iranian asylum-seeker Aref Movasaq Rodsari stands in the Trinity Church in Berlin, Germany, Aug. 13, 2015. He is one of hundreds of mostly Iranian and Afghan asylum seekers who have converted to Christianity at the evangelical Trinity Church in the leafy Berlin neighborhood. (AP Photo/Gero Breloer) (The Associated Press)

Evangelical Lutheran parishes have begun establishing confirmation classes for Muslim immigrants who want to become Christians. Exact figures on the number of recent Muslim converts aren’t available since such records aren’t kept – but conservative estimates on the number suggest several hundred in recent years within the Finnish Evangelical Lutheran Church, according to the Finnish news source Yle Uutiset.

Converts hail from Afghanistan, Iran and Iraq. As many as 20 Afghani men are enrolled in ‘pre-confirmation’ teaching on the Christian faith at the Tainionkoski parish centre in Imatra, Eastern Finland. Students are assisted by a New Testament in the Dari language, the variety of Persian spoken in Afghanistan. A Dari interpreter is also on hand via Skype to support the teaching given in English.

‘I haven’t been baptised yet, but I’m looking forward to it and I’m sure I will be a good Christian,’ said one convert, Aliraza Hussaini.