120,000 Pilgrims Visited Elder Paisius’s Grave on the Twentieth Anniversary of His Blessed Death

Source: Pravmir.ru
Thousands of people (including many children) could not enter the church and prayed in the monastery’s courtyard.
Natalya Mihailova | 15 July 2014
PRAVMIR. On July 12-13, 2014, many people came to pay tribute to the great ascetic of our time and to pray at his grave. 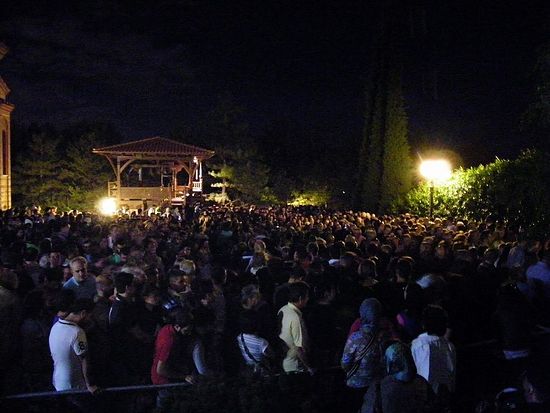 120,000 pilgrims visited the grave of Elder Paisius of the Holy Mountain on the twentieth anniversary of his blessed death.

Thousands of pilgrims waited for hours in long lines for an opportunity to venerate Elder Paisius’s grave, laid flowers and prayed, related the “Mt. Athos Guide”. 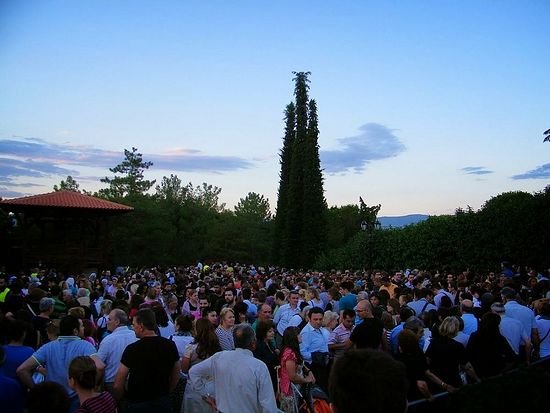 In order to venerate Elder Paisius’s grave pilgrims had to wait more than 4 hours. 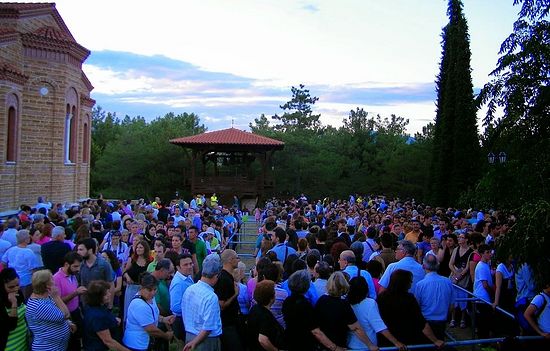 In the monastery of Sts. John the Theologian and Arseny of Capadocia, where Paisius of the Holy Mountain is buried, a Vigil and panikhida were held on the day of his blessed death, and a Divine Liturgy was held on the following day. Thousands of people (including many children) could not fit in the church and prayed in the monastery’s courtyard.