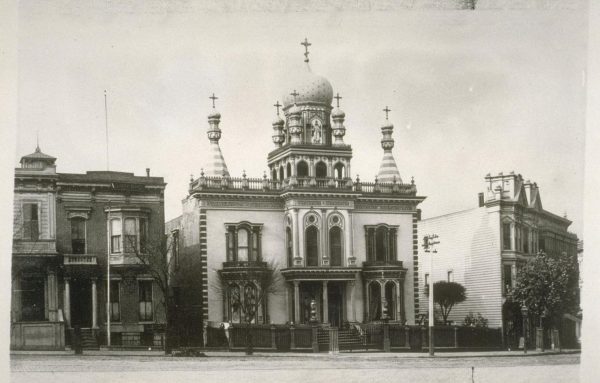 In the early decades of the parish community in San Francisco, the cathedral relocated several times. One of the earliest available photos is after a renovation following a fire in 1889.

This year marks the 150th anniversary of the transfer of the bishop’s see of the Diocese of the Aleutian Islands and Alaska from Sitka to San Francisco in 1872.  As we observe this milestone in the spread of the Orthodox Church’s presence in North America, let us reflect on the historical background and significance of this event. 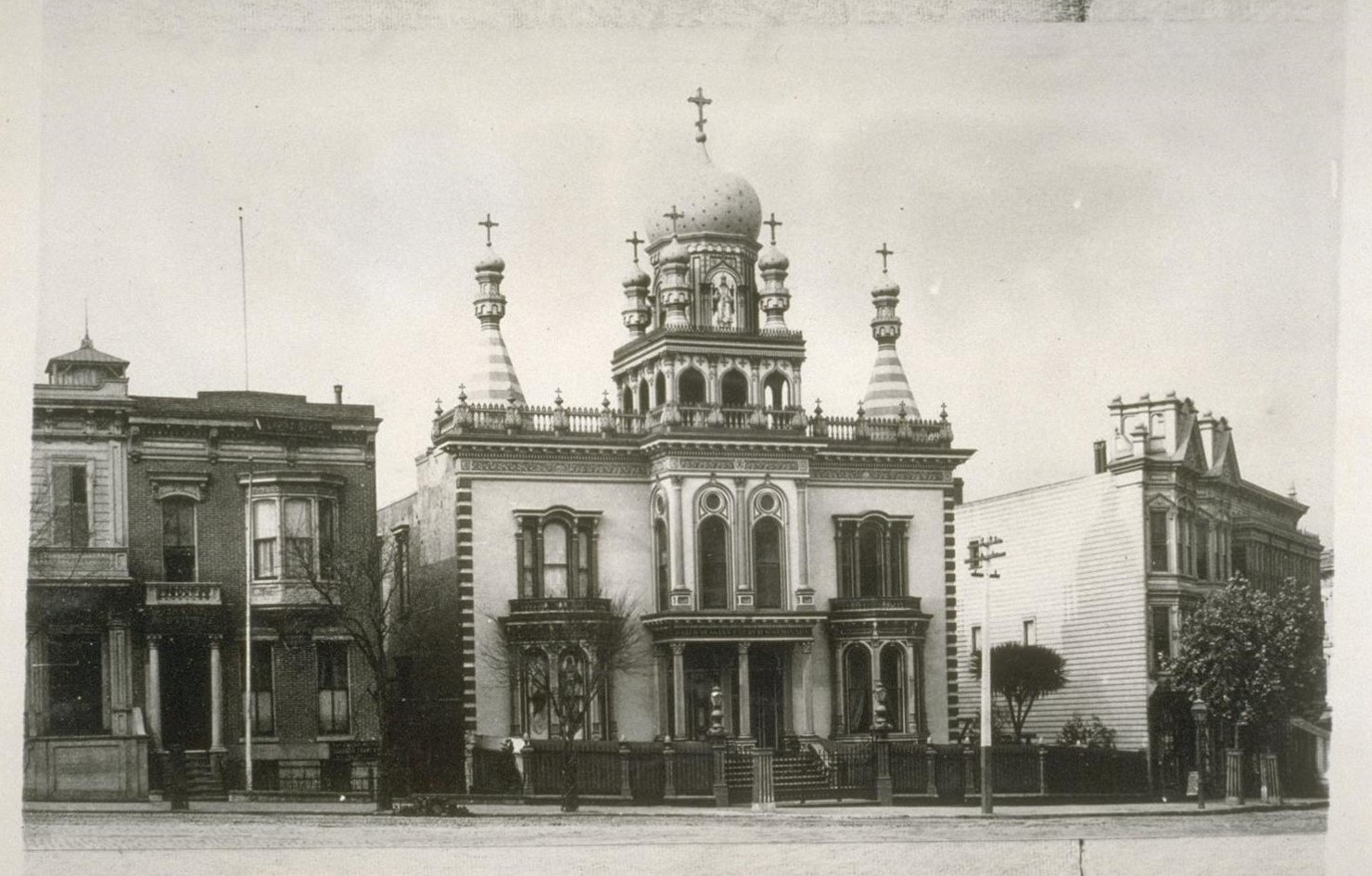 In the early decades of the parish community in San Francisco, the cathedral relocated several times.  One of the earliest available photos is after a renovation following a fire in 1889.

A number of factors and events had served to set the stage for relocation of the diocesan see.  In October 1867, the purchase of Alaska by the United States from Russia was completed.  Saint Innocent (Veniaminov), who by then had been a missionary in Alaska and Siberia for more than four decades, was Archbishop of Kamchatka, the Kurile and Aleutian Islands and resided in Siberia but Alaska was also part of his diocese.  In the wake of the sale of Alaska, a rumor reached Saint Innocent from Moscow that he was advocating the closing of the Orthodox mission in Alaska as it was no longer a Russian territory.  In order to dispel this rumor, Archbishop Innocent wrote a letter to the Ober-Procurator of the Most Holy Governing Synod dated December 5, 1867 laying out his vision for the future of Orthodoxy in North America.  One of his key points was that the see of the Diocese should be transferred from Sitka to San Francisco in order to facilitate the Church’s mission throughout the continent.

When Saint Innocent wrote the letter, which was direct and did not mince words, news that his spiritual mentor, Metropolitan (Saint) Philaret of Moscow, had reposed in the Lord on November 19, had not yet reached him in remote Siberia.  We can only speculate whether he would have had the boldness to write so forthrightly had he known that his mentor was no longer in the Synod to lend support to his proposals.  Exactly a month after writing his letter, on January 5, 1868, Saint Innocent was appointed Metropolitan of Moscow by the Emperor of Russia.  Undoubtedly, with Saint Innocent’s inspired input, the Synod created the new Diocese of the Aleutian Islands and Alaska in 1870, partitioning the Kamchatka Diocese into two, with Alaska and the rest of North America as one eparchy and the Siberian Russian Far East as the other.  Appointed to head the diocese was the newly-consecrated young Bishop John (Mitropolsky).  By order of the Synod, the Spiritual Consistory (chancery office) of the new diocese was to be located in San Francisco, but the episcopal see of the diocese was to be in Sitka, which previously had been an auxiliary see within the Kamchatka Diocese.  Some consideration was given to transferring the diocesan see to San Francisco or New York, in part at the urging of state officials in Russia, who viewed the Church as an important element in strengthening Russia’s presence in major American cities.

Upon arrival in his diocese, Bishop John remained in San Francisco to oversee setup of the Consistory including transfer of archives and documents from Sitka and relocation of some of the Sitka clergy to staff the Consistory in San Francisco.  In fact, Bishop John did not travel to Alaska until 1872, even though most of his flock was there.  At that time, he also decided that henceforth his episcopal see should be located in San Francisco, where many Orthodox faithful from various countries – who had initially arrived during the Gold Rush – began to establish a church community in the late 1850s.  While most historical sources do not give a precise date for when this unofficial transfer of the see occurred, at least one source indicates that it was effected on June 29, 1872.  Bishop John undertook this relocation with the knowledge and informal approval of the Synod in Russia, though a formal decree on the matter apparently was not issued by the Synod until years later (1878 or 1881 according to various sources).  Before he left America in 1876, Bishop John oversaw establishment of a modest cathedral where some services were conducted in English.

When Bishop John arrived in San Francisco more than 150 years ago, there were only three multi-ethnic Orthodox communities in the continental US: in San Francisco, New Orleans and New York.  Toward the end of the 19th century, new waves of immigration, especially from Austro-Hungary, resulted in the establishment of numerous new parishes in the eastern and

Midwestern states.  To recognize this reality, the name of the Diocese was changed to “Aleutian Islands and North America” in 1900 and the diocesan see was transferred to New York in 1905, upon the initiative of Saint Patriarch Tikhon, who was the ruling hierarch in America from 1898 to 1907.  Today, the Orthodox Church in America, with the see of her Primate in Washington, DC since 1981, continues vigorous missionary work throughout the North American continent, in accordance with the vision of Saint Innocent and Saint Tikhon, establishing new parish communities that bring together faithful and inquirers from diverse backgrounds.