The 50th Anniversary of the Glorification of St. Herman of Alaska 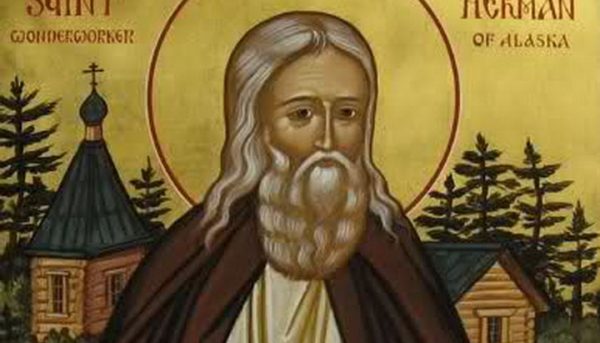 As many might be aware, this year is the 50th anniversary of the granting of Autocephaly to the Orthodox Church in America by the Moscow Patriarchate in 1970. Although there were many reasons and justifications in the request for autonomy and self governance, the desire to enrol in the ranks of the saints, the monk Herman of Alaska was listed as a reason. As I was reading over the many documents related to the OCA’s Autocephaly, this struck me initially as a “red herring”, especially in the context of all the other weighty ecclesiastical issues that were listed. But upon further reflection, the importance of this request was absolutely justified; and then realized in the first official act of this very young Church 50 years ago this Sunday.

One can not behold a mighty tree, its broad roots, and vast canopy, without considering that it started out as a tiny seed. In like manner, the Orthodox Church in America could not offer the world and this continent its heritage and mission work in this new land, without considering (and offering thanksgiving to God) that this all started out as a seed of faith planted in the wilds of Alaska, in the person of the Monk Herman.

We don’t know much about St. Herman (we don’t even know his last name),  yet it is providential that the first Orthodox missionary in North America, and the first glorified Orthodox saint in North America, was in the eyes of this world, a nobody. He did not have vast resources in which to evangelize, or elaborate and systematic programs and mission plans in which to address the immense challenges and opposition, in the establishment of Christianity in a strange land. All he had was faith that this new world, its peoples, its land, were all under the Lord’s protection, and that it was for them that the Lord came and offered Himself on the Cross, that we might be free from sin and death.

From his little hermitage on Spruce Island, his life and prayer sought protection for his Aleut brothers and sisters from the at times abusive colonial powers. His prayers, in time, included those who like him, had become orphaned in a new world, often the prey of forces that sought to exploit and abuse; and his prayers now protect those who strive to find real life in Jesus Christ through the Orthodox Church.

The fact that the OCA, and this Archdiocese exist today (and is growing), and that, there are healthy Orthodox Bishops, Priests, Deacons, parishes, and faithful in every shape, size, and colour, regardless of what language they speak, or calendar they serve on, or what bishop (foreign or domestic)  they remember, is a direct result of this first witness of Orthodoxy in North America, even if many of them do not know who he was, or what he did.

St. Herman’s faith and work was in the eyes of the world the size of a mustard seed (especially when you consider what one man in the middle of nowhere Alaska could offer) planted at the furthest edge of North America. Yet it was such, that he was able to take a mountain (Mt. 17:23) of unbelief, oppression, violence, sickness, fear and self doubt and throw it into the sea, leaving a plain in which the Church, the “faith once delivered to the saints” (Jude 1:3) was firmly built upon.

How could those Bishops, Priests, Deacons, men and women, who helped found our Church, not have made the Glorification of this venerable missionary a priority?

For, in many respects we are like St. Herman; nobodies in the eyes of the world; and regardless if we have heavy foreign accents, or walk around with a copy of the “Orthodox Church” in one hand and a fresh copy of the Orthodox Study Bible in the other, we have been planted on this Continent like the littlest mustard, with the potential, and vocation, that by faith, (even the tiniest bit of it) we can effect healing and change.

Simply living the words spoke by St. Herman “that from this day, from this hour, from this minute we shall strive to love God above all else and to fulfill His holy will”, we can cast the mountain of disorganization, pride, politics, and prejudices into the sea, making a smooth a plain in which make manifest the Kingdom of Heaven in Christ, the Church His Body. On this continent, in this country, this province or state, municipality, village or city.

Fifty years ago, our Church put forward his memory that we now consider on this blessed anniversary. St. Herman’s vocation and witness proclaimed the love of Jesus Christ for humanity, and His Victory over Sin and Death shared without cost or measure. Regardless of who we are, where we are from, and even who we commemorate in our services, we, with thanksgiving to God, are called to manifest this proclamation. Even if we are nobodies in the eyes of the world. The world (and this Continent) through our witness can encounter the love of  Jesus Christ and be saved.

By the prayers of St. Herman may we offer even the smallest faith.

Building a Fire and Preparing for Theophany

I have always been challenged when it comes to building fires. They always burn themselves up in a…