Source: DECR
Natalya Mihailova | 07 November 2016
On November 4, 2016, the Day of the Kazan Icon of the Mother of God and the Day of National Unity, President Vladimir Putin and His Holiness Patriarch Kirill of Moscow and All Russia, after the opening and blessing of the monument of the Holy Prince Vladimir Equal-to-the-Apostles in Borovitskaya Square in Moscow, presided over the opening of the 15th ecclesial-public exhibition-forum ‘Orthodox Rus – Towards the Day of National Unity’ at the Manezh central exhibition hall. 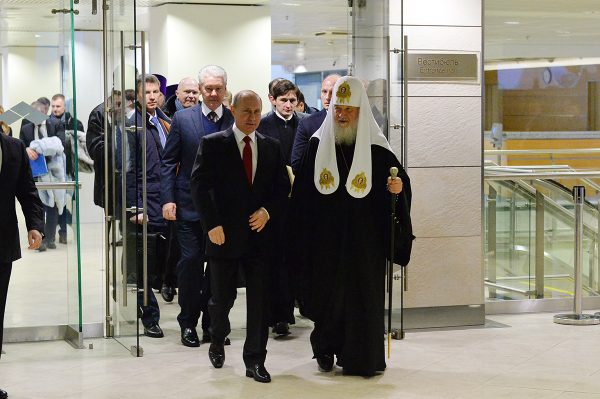 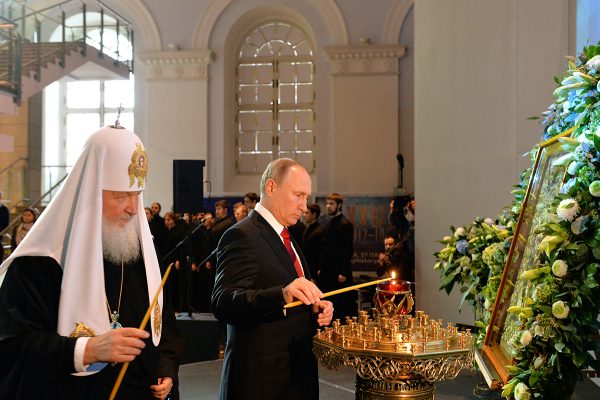 The Vladimir Icon of the Mother of God has been brought to the Manezh central hall for the time of the exhibition. President Putin and Patriarch Kirill put candles at this miracle-working icon and bowed before it.

Then they saw the exhibition. Explanations were given by Bishop Tikhon of Yegoryevsk, chairman of the Patriarchal Council for Culture.

The president and the patriarch signed the honorary guest book. His Holiness wrote,

‘Through clouds to stars! The clouds are gradually moving away with the stars becoming brighter. May the Lord bless the movement of our people forward’.

On its first day, the exhibition was visited by state officials, hierarchs and heads of synodal departments of the Russian Orthodox Church, leaders of religious communities and representatives of ethnic public associations in Russia and Local Orthodox Churches.