Source: DECR
Natalya Mihailova | 13 September 2017
On the 11th of September 2017, which marked the 16th anniversary of the dreadful terror attack in the United States that had killed almost three thousand people, a requiem service was celebrated at the Church of the Holy Great Martyr Catherine In-the-Fields, the Moscow Representation of the Orthodox Church in America. 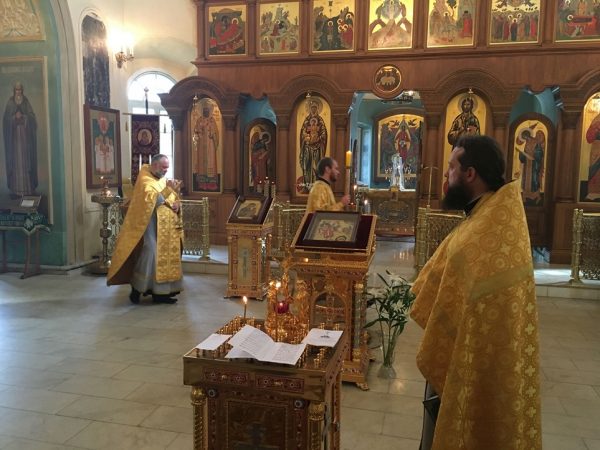 Prior to the service, Archpriest Christopher Hill read out a message of His Beatitude Metropolitan Tikhon of All America and Canada to the clergy and parishioners, commemorating this tragic date.

The requiem service was celebrated in the English and Church Slavonic languages, website of the Representation reports.

The requiem service was followed by a minute of silence, during which the bells at the Representation’s belfry tolled 16 times.