19th Century Church is to be Recreated in St. Petersburg 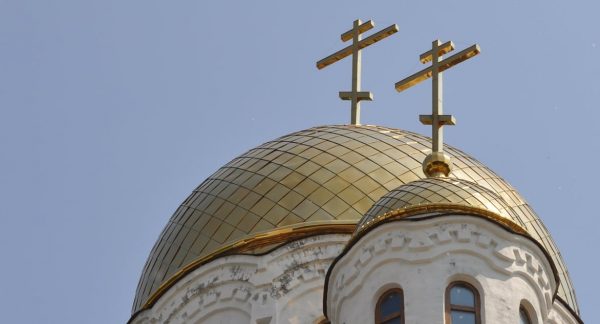 At the beginning of November 2022, preliminary excavations may begin on Sinopskaya Embankment in St. Petersburg, where a 19th-century church in honor of Saints Boris and Gleb will be recreated.

“As of today, exploration work has been completed. Excavations will begin in about a month, a month and a half tops, that is, already in early November,” the Petersburg Diary was told at the Foundation for Assistance in the Restoration of Historical and Cultural Objects in St. Petersburg.

The Church of Sts. Boris and Gleb will be recreated a little farther from the historical place where it stood before its destruction in 1975. The new church will take only 30% of its former territory, because today there is a roadway there.

The historic temple on the Sinopskaya embankment in St. Petersburg was constructed in gratitude to God for the salvation of Tsar Alexander II during the assassination attempt on April 4, 1866. Fundraising for the construction was organized by coastal merchants. The temple was dedicated to the martyr princes Boris and Gleb at the insistence of Tsar Alexander III. The temple was consecrated in 1882.

In the late XIX – early XX centuries, this temple was the main architectural dominant of the Sinopskaya embankment. In 1975 it was blown up. Only a small part of the foundation has survived to this day.