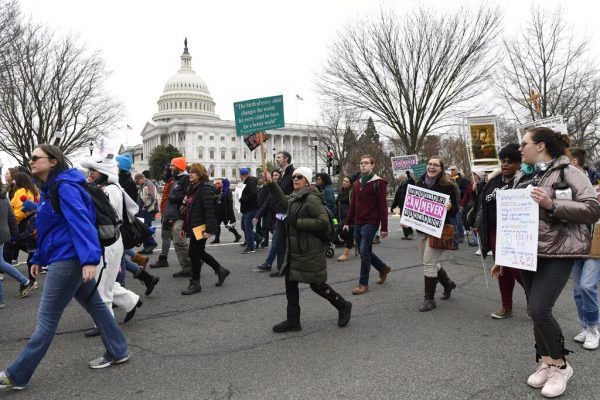 For the first time in 48 years, pro-lifers won’t assemble for the annual March for Life event over concerns with the pandemic and safety issues around the Capitol.

In a statement on Friday, organizers asked participants to stay home and attend virtually on Jan. 29.

“The annual rally will take place virtually and we are asking all participants to stay home and to join the March virtually,” the statement reads. “We will invite a small group of pro-life leaders from across the country to march in Washington, DC this year. These leaders will represent pro-life Americans everywhere who, each in their own unique ways, work to make abortion unthinkable and build a culture where every human life is valued and protected.”

Every year, marchers have walked from the National Mall up to the Supreme Court, where abortion was legalized in 1973.

According to CNN, the National Park Service announced that the National Mall will be closed through at least January 21, the day after the inauguration.

“The protection of all of those who participate in the annual March, as well as the many law enforcement personnel and others who work tirelessly each year to ensure a safe and peaceful event, is a top priority of the March for Life,” the statement reads.

CBN News previously reported that this year’s theme, “Together Strong: Life Unites,” was a clear call for unity as the country faces one of the most divisive periods in its history.

March for Life President Jeanne Mancini told CBN News, “The truth of the matter is when you talk about division, what you’re really talking about there is the devil. The devil is about division. Christ…Jesus…is about uniting. We know that bringing people together is a healing thing for our culture in these days and that it’s a necessary thing.”