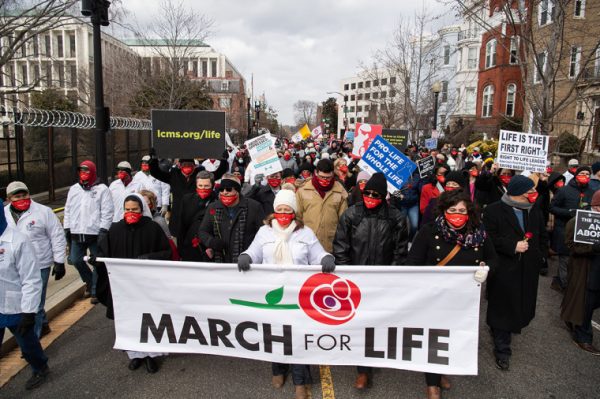 For the first time in its 48-year history, the March for Life was held virtually due to the coronavirus pandemic. Last year, the annual March for Life occurred weeks before the first nationwide shutdowns began in late March.

Tebow gave a speech before the online audience, speaking about his mother’s decision not to abort him while he was in the womb despite major pregnancy complications.

“I’m so grateful my mom gave me a chance at life, because many times she could have made the choice to do something different,” said Tebow. “But because of her pro-life story, I get to share my story.”

“I do believe that every single life matters to God,” Tebow declared.

Jeanne Mancini, president of the March for Life Education and Defense Fund, gave introductory remarks, explaining that this year’s theme was “together strong, life unites.”

“Our theme is meant not only to highlight the unity of our cause, but to also highlight the destructive and divisive reality of abortion,” said Mancini.

Mancini cited examples of this destruction, such as abortion “divides a mother from her child,” “divides a man from his fatherhood,” and “abortion divides the world from love.”

“Every tiny child brings love into the world. Every life lost to abortion is a loss of love in this world,” she continued. “Abortion divides us from our world and reality.”