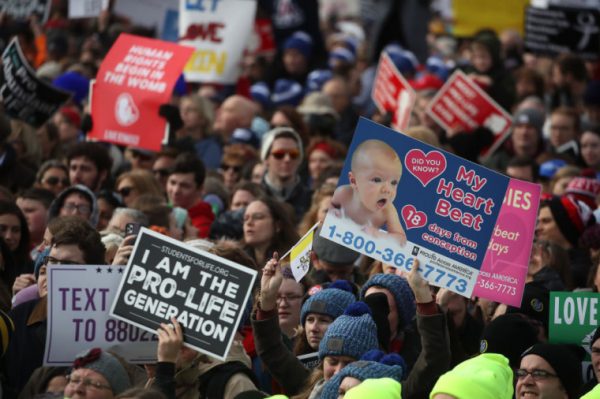 Young pro-lifers who are leading the March for Life this year say it’s science and compassion that will win the day for the cause to save the unborn.

In a Thursday sit-down interview with The Christian Post at the Renaissance Hotel, several Colorado Christian University students who are carrying the banner at the front of the March for Life this year said they believe that as science continues to advance and as people continue to show compassion to women in crisis pregnancies, the pro-life movement will emerge victorious and culture will change.

Samantha Oldfather, 20, of Colorado Springs, underscored the role that science is playing in changing people’s minds on abortion. “Science does back the pro-life movement. So whether or not you believe in God or have any religious affiliation, the science proves it.”

She believes that younger generations, even those who are religiously unaffiliated, continue to have an affinity for the unborn in part because they have grown up seeing sonograms.

“My mom has the picture of me hanging up in our house, and even though I wasn’t out of the womb, that is me. It’s hard for those people when they do see those pictures to face the fact that an abortion is heartbreaking. The pictures don’t lie. Science doesn’t lie.”

The 2020 March for Life follows a year when progressive-led states of New York, Illinois and Vermont expanded abortion up-to birth and 10 states with majority pro-life legislators and governors passed laws requiring clinics to meet health and safety standards and placed limits on abortion.