220-ft. Statue of Christ To Be Erected in Vladivostok 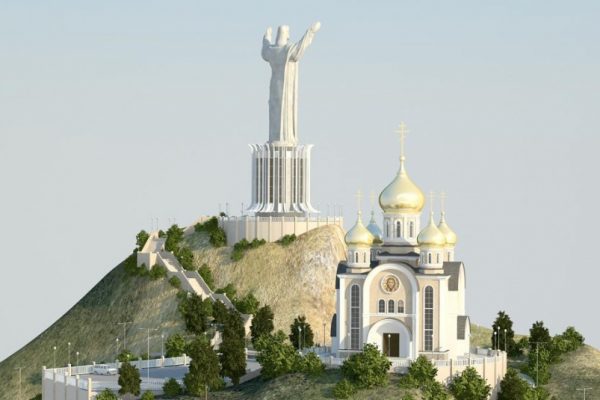 Vladivostok, Russia, March 7, 2019 – On Cross Hill in Vladivostok, where the soviets had planned to erect a statue of Lenin, the figure of Christ will soon stand tall.

The new statue will be 223 ft. high, blessing all the ships that sail in and out of Russia from the city, reports primamedia.ru. The designers also proposed to build a chapel in honor of St. Sergius of Radonezh next to the statue, but it was ultimately decided that it would be better to build a chapel on the next hill.

In 1972, the communist government ordered a statue of Lenin to be built on the same hill, with the height of a 10-story building. A memorial stone and placard were installed that year, though the statue never ended up being erected, and in 1990, the regional government ordered the layout to be dismantled. It was previously planned to erect a 262-ft. statue of Christ with a chapel inside its base at Cape Churkin in Vladivostok, though they were unable to collect the necessary $15,185,000 (1 billion rubles).