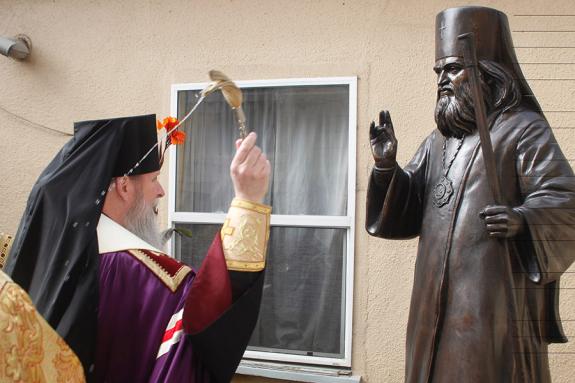 “A monument to St John, Archbishop of Shanghai and San Francisco the Miracle-worker was donated by the ‘Dialogue of Cultures—One World’ Foundation and installed on the courtyard of the old orphanage and Church of St Tikhon of Zadonsk, an historic site in San Francisco which is closely connected with the holy hierarch. Hundreds of pilgrims visit every year,” explained a representative of the organization to Interfax-Tourism Press Service.

Anatoly Antonov, Extraordinary and Plenipotentiary Ambassador of Russia to the United States, Sergei Ovsyannikov, Consul General of the Russian Federation in New York, President of the Coordinating Council of Russian Compatriots in the USA Elena Branson and other dignitaries were invited to the event.

His Eminence Archbishop Kyrill of San Francisco and Western America performed the consecration of the memorial.