The number of African American Orthodox Christians appears to be growing 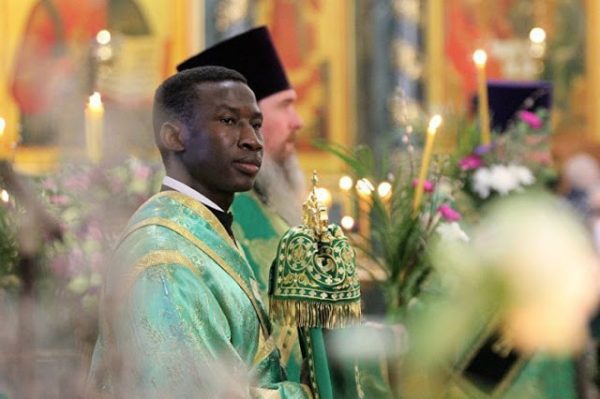 In 2016, I began a series of interviews with African American Orthodox Christians in four regions of the United States. An integral component of a wider ethnographic research project (one combining participant observation and digital research) personal narratives offer a necessary depth of insight into an Orthodox community which still remains relatively unfamiliar to many.

Over the course of 400 years, the shared experiences of African Americans have helped to create a uniquely American notion of blackness. The community we now refer to as the African American community is in fact comprised of genetically diverse individuals—possessing varying degrees of African ancestry. Ideas like “the one drop rule” (still prevalent in America) helped to facilitate the construction of a racial category encompassing of a diverse and heterogenous group of people. 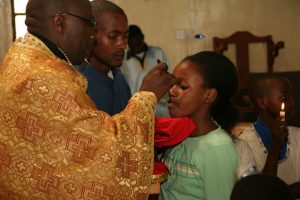 Inherent cultural complexities are further complicated, by attitudinal differences between generations. While older African Americans may lament the disappearance of a community cohesiveness characteristic of days gone by, other African Americans may readily embrace a notion of post blackness—acknowledging African descent yet resisting all previously constructed social boundaries and cultural markers. Varying notions of blackness exist side by side and often in tension with each other. It is safe to say that regarding African American identity, there is no single story. In 2017, there are many ways to be black.

The wider African American community, an amalgamation of diverse subcultures, has been influenced by various strands of black intellectual thought. The teachings of W.E.B. Dubois, Booker T. Washington and Martin Luther King Jr. find modern expression in diverse subcultural contexts.  The Harlem Renaissance and Negritude movements brought together a diverse group of blacks from Francophone African nations and the Americas. Today, we see a similar cross-fertilization of ideas taking place between African American Orthodox Christians and the Patriarchate of Alexandria and All Africa.

It is from this rich, dynamic and multifaceted community that African American Orthodox Christians have come. The former Buddhist attracted to monastic piety, the former Baptist preacher, the second-generation Orthodox military veteran and the artist turned clergyman—have all found a home in the Orthodox Church.  Some were drawn to the faith after visiting a parish and having a mystical experience during the service.  Others connected spiritually to Orthodox aesthetics—beautiful iconography adorning a church.  For some, it was the study of scripture and church history that led them to Orthodoxy and for others it was the search for an alternative Christianity, one not affiliated with the Transatlantic Slave Trade.

Given the multicity of narratives, one might be tempted to conclude that African American Orthodox Christians share no common values. This, however, would be an erroneous assumption. Current ethnographic research seems to suggest that a set of core values is indeed emerging from within this growing community. Acceptance of these values appears to be relatively consistent regardless of age, gender, socio economic status or geographic location.

One foundational assumption to emerge from collected narratives is the belief that over the span of two generations, something has changed (for the worse) in inner-city communities.  This belief is held by those residing in the inner-city, those living in suburbs and those living in rural areas. Additionally, there is a belief that negative change has occurred in historically black churches—the most negative being the growing influence of prosperity theology.  The invitation to Orthodox Christianity, therefore, is seen as a call to a holy way of life, a way of life that sustained prior generations. It involves a reclamation of an identity that has been hijacked by “worldliness.” 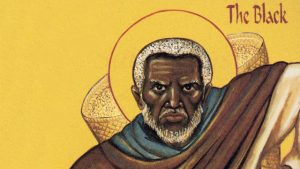 Historical narratives, cultural traditions and various strands of intellectual thought have shaped and continue to shape African American identities. Though comprised of diverse individuals, the African American Orthodox Christian Community has produced a set of core ideals and values reflective of a unique history and American experience.