The Doors of the Heart 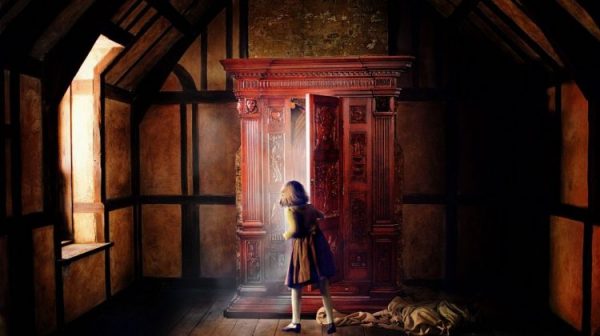 In the summer of 1952, an obscure event took place in London that would have a profound impact on the future of Orthodox Christianity in the English-speaking world. A seventeen-year-old English lad walked through the doors of St. Philip’s Russian Orthodox Church on Buckingham Palace Road (the Church has long since been torn down). Today he is known as Metropolitan Kallistos Ware, one of the most important figures in the contemporary Orthodox world. His own worlds vividly recount his experience:

I can remember exactly when my personal journey to Orthodoxy began. It happened quite unexpectedly one Saturday afternoon in the summer of 1952, when I was seventeen. I was walking along Buckingham Palace Road, close to Victoria Station in central London, when I passed a nineteenth-century Gothic church, large and somewhat dilapidated, that I had never noticed before. There was no proper notice-board outside it — public relations have never been the strong point of Orthodoxy in the Western world! — but I recall that there was a brass plate which simply said “Russian Church.”As I entered St Philip’s — for that was the name of the church — at first I thought that it was entirely empty. Outside in the street there had been brilliant sunshine, but inside it was cool, cavernous and dark. As my eyes grew accustomed to the gloom, the first thing that caught my attention was an absence. There were no pews, no chairs in neat rows; in front of me stretched a wide and vacant expanse of polished floor.Then I realized that the church was not altogether empty. Scattered in the nave and aisles there were a few worshipers, most of them elderly. Along the walls there were icons, with flickering lamps in front of them, and at the east end there were burning candles in front of the icon screen. Somewhere out of sight a choir was singing. After a while a deacon came out from the sanctuary and went round the church censing the icons and the people, and I noticed that his brocade vestment was old and slightly torn.My initial impression of an absence was now replaced, with a sudden rush, by an overwhelming sense of presence. I felt that the church, so far from being empty, was full — full of countless unseen worshipers, surrounding me on every side. Intuitively I realized that we, the visible congregation, were part of a much larger whole, and that as we prayed we were being taken up into an action far greater than ourselves, into an undivided, all-embracing celebration that united time and eternity, things below with things above….

…Before the service had ended, I left the church; and as I emerged I was struck by two things. First, I found that I had no idea how long I had been inside. It might have been only twenty minutes, it might have been two hours; I could not say. I had been existing on a level at which clock-time was unimportant. Secondly, as I stepped out on the pavement the roar of the London traffic engulfed me all at once like a huge wave. The sound must have been audible within the church, but I had not noticed it. I had been in another world where time and traffic had no meaning; a world that was more real — I would almost say more solid — than that of twentieth-century London to which I now abruptly returned.

Everything at the Vigil Service was in Slavonic, and so with my conscious brain I could understand not a single word. Yet, as I left the church, I said to myself with a clear sense of conviction: This is where I belong; I have come home.Sometimes it happens — is it not curious? — that, before we have learnt anything in detail about a person, place or subject, we know with certainty: This is the person that I shall love, this is the place where I need to go, this is the subject that, above all others, I must spend my life exploring. From the moment of attending that service at St Philip’s, Buckingham Palace Road, I felt deep in my heart that I was marked out for the Orthodox Church.

A young man and his curiosity take him through a door – behind which are both an absence and a fullness. There are a large variety of doors within our lives – some are marked by time and place – others inexpressible except in the silence of the heart. There are a number of stories told of doors in the life of the Church. St. Mary of Egypt, a prostitute and drunkard, found herself unable to enter the door of the Church of the Resurrection in Jerusalem – prevented by an unseen hand. The obstacle of that doorway became the occasion for her conversion. The patriarch Jacob’s dream-encounter with a ladder to heaven is greeted upon waking with the exclamation, “This is none other than the gate of heaven!” Jacob enters into covenant with God.

Like Jacob’s dream, not all doors are physical. My own “doorway” was the first time I heard Rachmaninov’s Vespers. It was being played on the radio – and I heard it by chance. Both my wife and myself were utterly struck by the music. We listened carefully until it ended, wanting above all to find out what music this was. It was like nothing I had heard before – and opened the door to a deep longing that years later found its fulfillment in the Orthodox Church.

Doors commonly play a large role in the services of the Orthodox Church. The doors of the iconostasis open and close both for practical reasons and for mystical reasons (frequently “practicality” carries a mystery within). The doors are not essential – liturgies have been celebrated without them – but the doors of the heart are utterly essential – we cannot enter the Kingdom of God except we go through them.

Christ refers to Himself as “the Door,” and encourages us to “knock.”

In my experience, the doors of the heart are rather exceptional. We are not always able to find them (or certainly not without difficulty). They are encounters with God and His kingdom and are thus not subject to our beck and call. Instead, such doors are a call to us, an invitation to enter.

Most viewed articles
Archbishop of Australia Does Not Want to Separate People into “Vaccinated and Unvaccinated”81
We Must Pray for All: The Salvation of the World According to St Silouan55
Peace In Chaos51
Patriarch Kirill Consecrates Restored St. Alexander Nevsky Cathedral in Volgograd45
The Birth of Our Most Holy Lady: Reason for Spiritual Joy and Exaltation38
“Basic Sight-Singing and Ear Training for Church Singers” Course to Begin October 432
Romanians Offered Bulgarians a Second Vestment of St. Paraskeva and 30 Tons of Food23
In Hurricane Ida’s Wake, Metropolitan Joseph Brings Comfort, Resources to Louisiana Church21
In Connection with the Tragedy in Perm, Patriarch Kirill Urges to Pay More Attention to the State of Mind of Young People14
Most popular authors
Pravmir.com team172
Metropolitan Kallistos (Ware)55
Archpriest Michael Gillis51
Archimandrite Ephraim of Vatopedi38
Ștefana Totorcea23
Peter Samore21