More Than 300 Refugee Children Now Reside in the Sviatohirsk Lavra

Source: Pravmir (original in Russian)
The Lavra is assisting more than 300 children. The Lavra has become home to 300 to 400 children, but their number is constantly changing.
Natalya Mihailova | 22 August 2014
News Service | August 21, 2014. Among the children living in the Holy Dormition Sviatohirsk Lavra are orphans and disabled children. 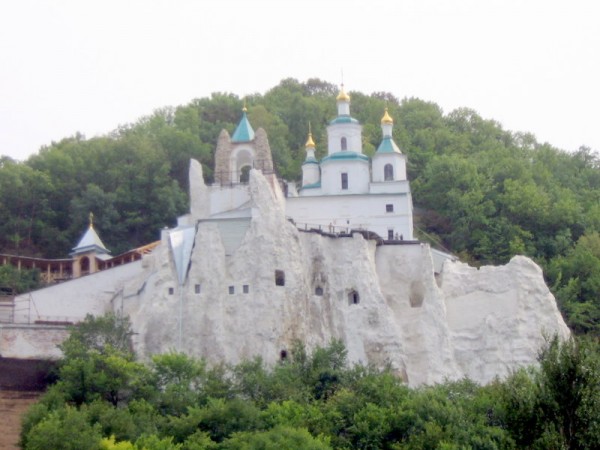 A Pravmir correspondent reported that currently the monastery is home to almost 400 children and that there is a total of 500 refugees in the Lavra.

They are being fed, clothed, and provided with everything necessary, as much as possible. More people and children are coming from the cities, also needing assistance.

The Lavra is assisting more than 300 children. The Lavra has become home to 300 to 400 children, but their number is constantly changing.

There are situations in which mothers leave, taking their children with them, and situations in which people have nothing left: they have nowhere to return, and they travel further. Many do not want to leave, and so remain at the monastery. Sometimes people are taken to Kharkov and dropped off at bus stops. There are serious problems with transportation.

There is not enough baby food, fish, or meat. Despite the fast, refugees are fed fish and meat. There are many people, and the monastery’s monks distribute food products, since numerous people come to receive food rations. Medicine and clothes are also being distributed.