Our neighbour’s image as icon of Christ: 4 million € in refugee support from the Romanian Orthodox Church 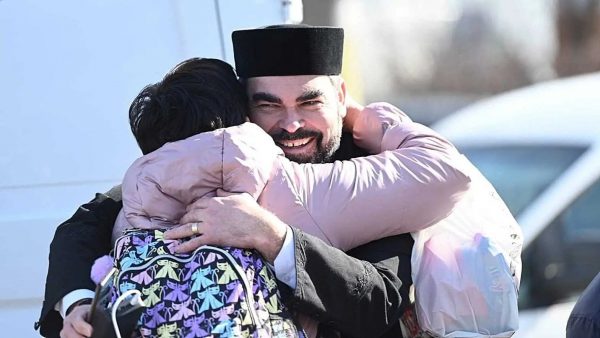 On the Sunday of Orthodoxy, Vasile Bănescu, the Romanian Patriarchate’s spokesperson, was invited to the Spiritual Reality show, broadcast by the Romanian Realitatea TV channel. The topic of the day was help offered by the Church in the Ukrainian refugee crisis. Until last Sunday, this support amounted to almost 4 million Euros. The explanation: our neighbour is also an icon of Christ, Vasile Bănescu said.

“This amount is huge, given the context and dynamics of the situation. This support involved, in addition to the money and the products, a whole infrastructure put in place in absolutely record time, from the first moments of the conflict,” remarked journalist George Grigoriu, the host of the show.

Almost 200 aid transports or transit buses to other countries were set in place to help both Ukrainians from the other side of the border and those entering Romania.

“There may not be any other institution in Romania to have done as much as the Orthodox Church – at this level, at the moment,” added the journalist.

Vasile Bănescu explained the deep reasons for this manifestation of solidarity just before the Sunday of Orthodoxy, in which we celebrate the power of the Lord’s Image represented in icons.

“The Sunday of Orthodoxy is about the Image of Christ, but in this context it should also lead us to think of the face of our neighbour,” the Romanian Patriarchate’s spokesperson said.

“Our neighbour’s face is also an icon reflecting the Image of Christ. Orthodoxy is the right way to Christ, Who is present in our neighbour’s image – our tormented, hungry, refuge-seeking, tortured, worried or bombarded neighbour.”

“We know full well that faith without deeds is not conscientious faith. Faith is fully measured only through its deeds,” Vasile Bănescu added.

Another guest in the show was Lucian Apopei, communication director of the Archdiocese of Iași. He was live in a video transmission from the city of Iași, explaining that, in addition to the logistics efforts, the Romanian Orthodox Church also offered spiritual comfort.

For instance, a Divine Liturgy in Slavic was celebrated for the refugees at the Metropolitan Complex of Iași.

The Press Office of the Romanian Patriarchate published on Monday a press release with relevant numbers related to the support offered to refugees between February 25 and March 13, 2022.