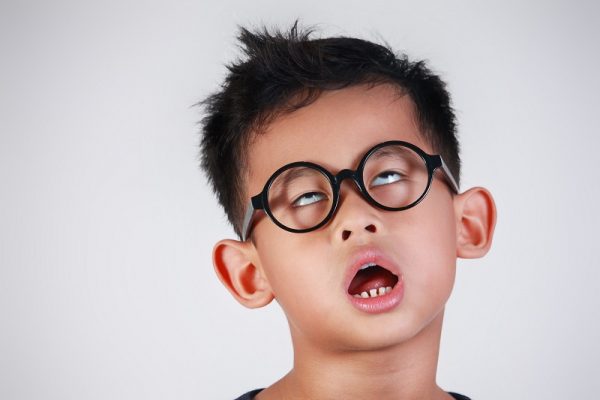 The highlight of my summer was a family RV vacation to Kings Canyon National Park. Behind our campground flowed a gorgeous river that I returned to multiple times over the course of our trip. Each time I went, I sat and pondered the “big questions” of life. There’s something about the majesty of creation that bubbles up a deep sense of awe about who God is, what he has done, who we are, and the meaning of life.

But this sense of awe also led me to reflect on how so many kids are apathetic about their worldview. A common thread I hear from parents is that their kids just don’t care about their spiritual beliefs, or just don’t care about Christianity specifically. There are certainly many kids who explicitly reject Christianity today, but I just as often hear about kids who are ambivalent.

How does ambivalence happen? As I sat by a river contemplating that question, a thought struck me:

Kids are being bored out of Christianity.

And they’ve been bored out of it by the Christians around them. Since parents are the primary spiritual influencers in the lives of kids, I want to suggest four ways we sometimes let this happen.

1. Parents rely on Sunday school for their kids’ spiritual development.

But hearing the same stories over and over each year without going deeper is hardly different than reading kids the same book over and over and expecting them to really engage.

When parents aren’t having rich conversations about faith with their kids at home—conversations that help them see the relevance of all those Sunday school lessons—Christianity can start to feel like nothing more than the sum of a handful of Bible stories. That’s pretty easy to leave behind when kids leave home.

There are a number of Christian parents who treat spiritual beliefs as a matter of subjective truth—this is what works for them, but something else may work better for their kids. This usually sounds like some version of, “I want my kids to have their own faith journey, and that might not be Christianity for them. I just want them to be happy people with good values.”

Of course every kid will be on their own faith journey (that goes without saying), but in this context, the parent is suggesting that it doesn’t matter where the child ends up because all beliefs are equally valid. Happiness and good “values” (however the parent defines those) are prioritized over their kids’ pursuit of objective truth—what is true about reality for everyone.

How does all this lead to boredom? If it doesn’t really matter what you believe, there’s no need to really put effort into determining what’s “true”—true in such a case is just whatever you stumble into thinking works for you over the course of your life. Why bother caring so much about the belief system your parents happen to adhere to?

3. Parents live their lives in a way that’s indistinguishable from those of nonbelievers.

Even for those parents who recognize that Christianity is a matter of objective truth with far reaching implications, it’s easy for daily life to not reflect that in an obvious way to kids. Parents get busy, and family spiritual disciplines (e.g., Bible reading and prayer), church, serving, and meaningful faith conversations go out the window before anyone really notices what happened.

If the only detectable difference between the lives of a Christian family and those of nonbelieving families is that the Christian family occasionally attends church, kids will (rightly) question what difference being a Christian really makes. And if they don’t know why it matters that much, they won’t be motivated to really commit their own lives to the Lord. They’ll be bored by occasionally listening to “Christian stuff” that doesn’t translate into anything they see as meaningful.

4. Parents don’t teach kids what big faith questions they should be asking.

As I’ve written about before, I grew up in a Christian home and spent hundreds of hours in church. I never rejected my faith, but when I left home for college, it didn’t even occur to me to find a church or join a Christian college group. As far as I had thought through faith, I was saved, I would live my life without doing anything too bad, and go to heaven someday.

In other words, I had some rough “basics” down, yet it was hardly an invigorating faith. No one had ever challenged me to think about big, deep, meaningful questions that would become increasingly relevant as I got older. Things like: How can I be confident that God exists? Why is there so much evil in a world created by a good God? Why is God so “hidden?” What happens to those who haven’t heard about Jesus? Why do some prayers go unanswered? (You can look at the tables of contents in my books for 70 such questions kids should be thinking about.)

No one ever put these kinds of questions in front of me to say, “Hey! Here are some really big questions you should be thinking about when it comes to your faith—questions that have compelling answers and will lead you to a deeper conviction of what you believe!”

Instead, I just kept learning the “basics”—important basics, but only the basics. I wasn’t even aware that there could be so much more richness to my faith. I believed Christianity was true, but it was a boring kind of true. Familiar and comfortable like an old chair.

Plenty of kids today walk out of faith with a big yawn for this reason. Maybe they aren’t explicitly rejecting Christianity in this case, but they’re intellectually bored enough by it that they have no problem relegating it to a small corner of their lives until they feel the need to dust it off again.

Unfortunately, that perceived need often arises in the midst of a life crisis that finally prompts them to ask these questions. And those who have never really taken the time to work through them before will be woefully unprepared. What in the past was boredom can easily then turn to rejection in the darkest of times.

Spiritual apathy may seem less immediately troubling to parents than a child’s outright rejection of faith, but the end result is often the same. Boredom can end up being a quiet faith killer that parents unintentionally foster in their own home.