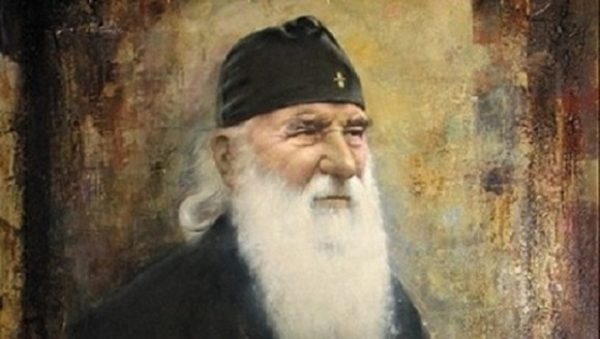 In Christianity truth is not a philosophical concept nor is it a theory, a teaching, or a system, but rather, it is the living theanthropic hypostasis—the historical Jesus Christ (John 14:6).

Before Christ men could only conjecture about the Truth since they did not possess it. With Christ as the incarnate divine Logos the eternally complete divine Truth enters into the world. For this reason the Gospel says: “Truth came by Jesus Christ” (John 1:17).

On its afternoon session of March 29 of this year, the Holy Assembly of Bishops of the Serbian Orthodox Church unanimously adopted recommendations of the competent diocesan bishops and entered into dyptichs of the saints of the Orthodox Church names of the blessed repose of archimandrite Justin Popovic, geront of the monastery Celije near Valjevo (1894-1979), from now  Venerable Justin of Celije, and Simeon Popovic , prior of the monastery Dajbabe near Podgorica (1854-1941), from now Venerable Simeon of Dajbabe.

The formal celebration of the newly canonized saints will be performed at the Holy Hierarchal Liturgy on the following Sunday, May 2, at the St Sava Cathedral in Vrachar, commencing at 9am).

by St. Justin Popovich of Celije

In the history of the human race there have been three principal falls: that of Adam, that of Judas, and that of the pope. The principal characteristic of falling into sin is always the same: wanting to be good for one’s own sake; wanting to be perfect for one’s own sake; wanting to be God for one’s own sake. In this manner, however, man unconsciously equates himself to the devil, because the devil also wanted to become God for his own sake, to put himself in the place of God. And in this self-elevation he instantly became devil, completely separated from God, and always in opposition to Him. Therefore, the essence of sin, of every sin (svegreha), consists of this arrogant self-aggrandizement. This is the very essence of the devil himself, of Satan. It is nothing other than one’s wanting to remain within one’s own being, wanting nothing within one’s self other than oneself. The entire devil is found here: in the desire to exclude God, in the desire to always be by himself, to always belong only to himself, to be entirely within himself and always for himself, to be forever hermetically sealed in opposition to God and everything that belongs to God.

And what is this? It is egotism and self-love embraced in all eternity, that is to say: it is hell. For that is essentially what the humanist is – entirely within himself, by himself, for himself, always spitefully closed in opposition to God. Here lies every humanism, every hominism. The culmination of such satanically oriented humanism is the desire to become good for the sake of evil, to become God for the sake of the devil. It proceeds from the promise of the devil to our forefathers in Paradise—that with his help, “they would become as gods” (Gen. 3: 5). Man was created with theanthropic potential by God who loves mankind, so that he might voluntarily direct himself, through God, toward becoming God-man, based on the divinity of his nature. Man, however, with his free will sought sinlessness through sin, sought God through the devil. And assuredly, following this road he would have become identical with the devil had not God interceded in His immeasurable love of mankind and in His great mercy. By becoming man, that is to say God-man, he redirected man toward the God-man. He introduced him to the Church which is his body, to the reward (podvig) of theosis through the holy mysteries and the blessed virtues. And in this manner he gave man the strength to become “a perfect man, in the measure of the fullness of Christ” (Eph. 4:13), to achieve, that is, the Divine destiny, to voluntarily become God-man by grace.

The fall of the pope is a consequence of the desire to substitute man for the God-man…In the kingdom of humanism the place of the God-man had been usurped by the Vicarius Christi, and the God-man has thus been exiled to Heaven. This surely results in a peculiar deincarnation of Christ the God-man, does it not?

Through the dogma of infallibility the pope usurped for himself, that is for man, the entire jurisdiction and all the prerogatives which belong only to the Lord God-man. He effectively proclaimed himself as the Church, the papal church, and he has become in her the be-all and end-all, the self-proclaimed ruler of everything. In this way the dogma of the infallibility of the pope has been elevated to the central dogma (svedogma) of the papacy. And the pope cannot deny this in any way as long as he remains pope of a humanistic papacy.

From “Reflections on the Infallibiity of European Man” in Orthodox Faith and Life in Christ, Belmont, MA: Institute for Byzantine and Modern Greek Studies, 1994, Asterios Gerostergios, ed.