Source: Pravmir.ru
Protopriest Peter Perekrestov | 11 August 2015
Archpriest Peter Perekrestov is a priest of the Russian Orthodox Church Abroad, the Dean of the Holy Virgin Joy of All Who Sorrow Cathedral in San Francisco, and a regular contributor to “Pravmir,” who continues to bring joy to the readers of his Instagram page with his wonderful photos. 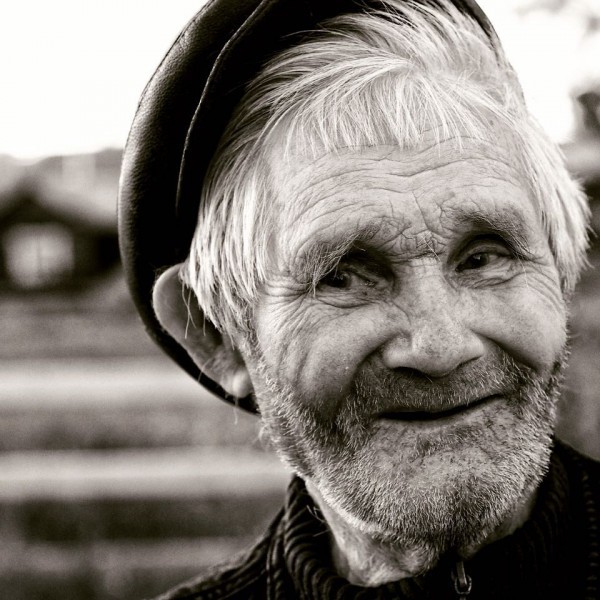 Picture in the Montreal Museum of Fine Arts. May 2014. 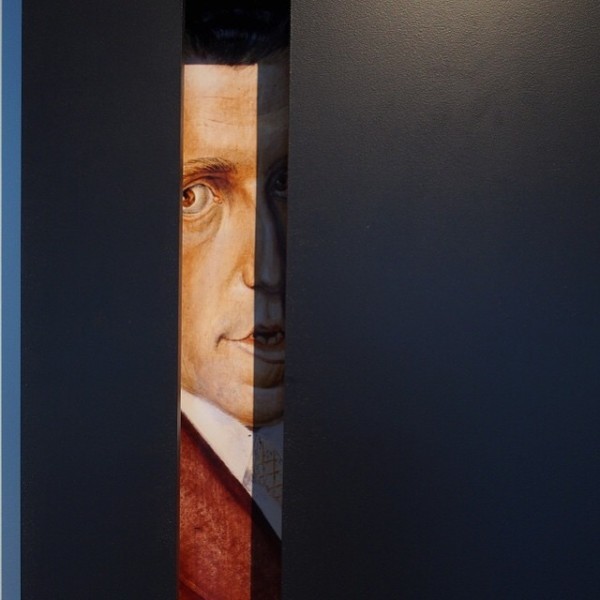 Exhibition of jewelry by Peter Carl Fabergé at the Montreal Museum of Fine Arts. May 2014. 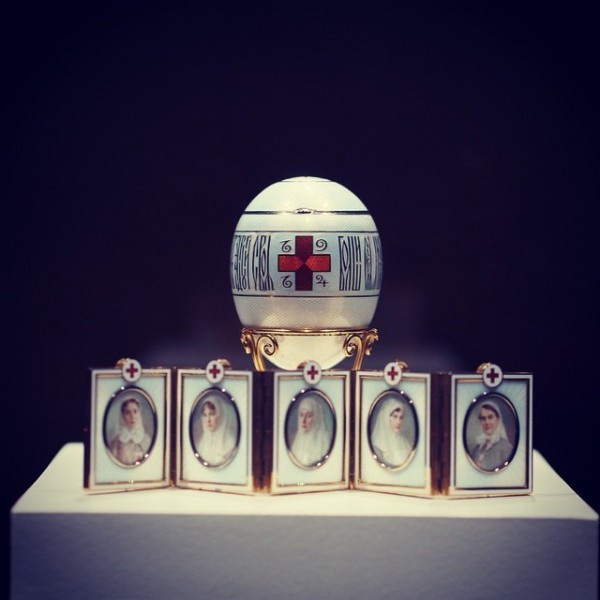 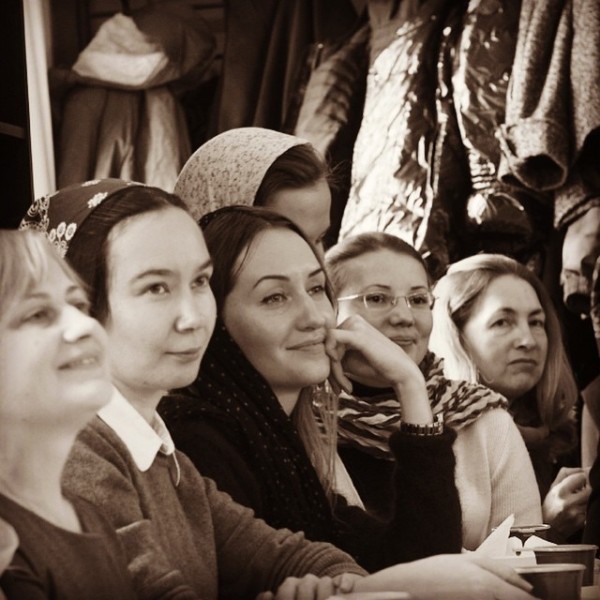 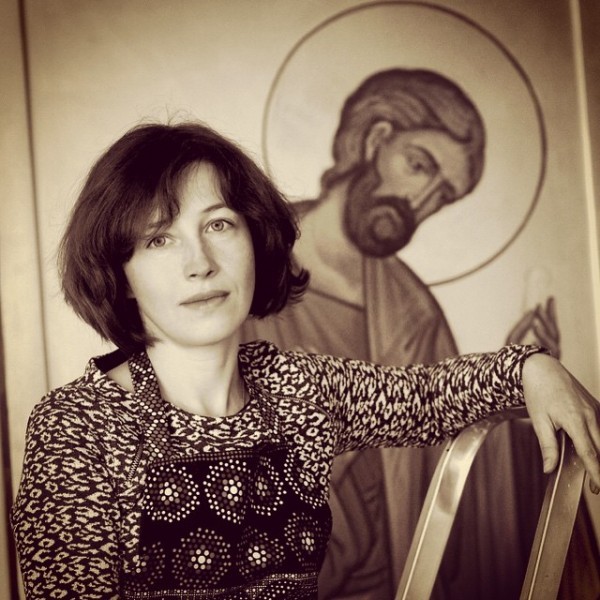 “As for me, the priesthood is an opportunity to speak out in my full voice,” Fr. Alexander Elchaninov (France) wrote in his diary. 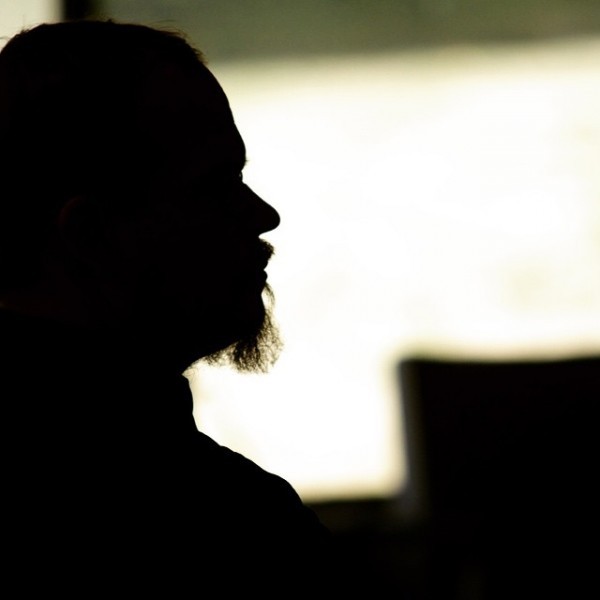 Orthodox California: A new church of the Antiochian Archdiocese in honor of the Holy Apostle Andrew the First-Called in Riverside, in southern California. 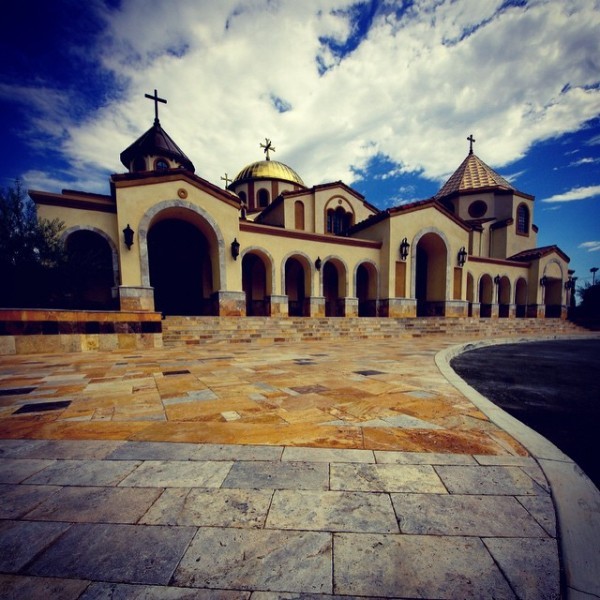 The holy city of Jerusalem. The Lord sends us His beauty, His Love, and His mercy every day, every hour, and every minute, despite all difficulties. Our task is to recognize and respond to it. 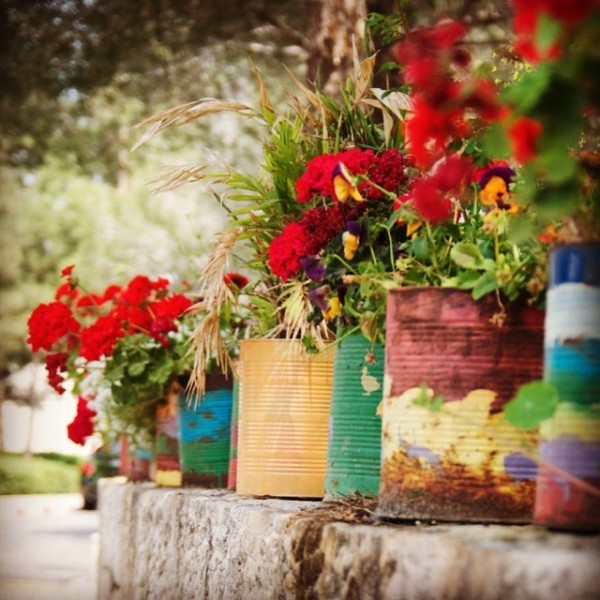 And this goes under the rubric of “gluttony” :) During this last Great Lent, I took an interest in cooking a speciality on weekends (when oil was allowed): a “California” fasting pizza with eggplant, mushrooms, and green olives… It turned out to be truly delicious and healthy! 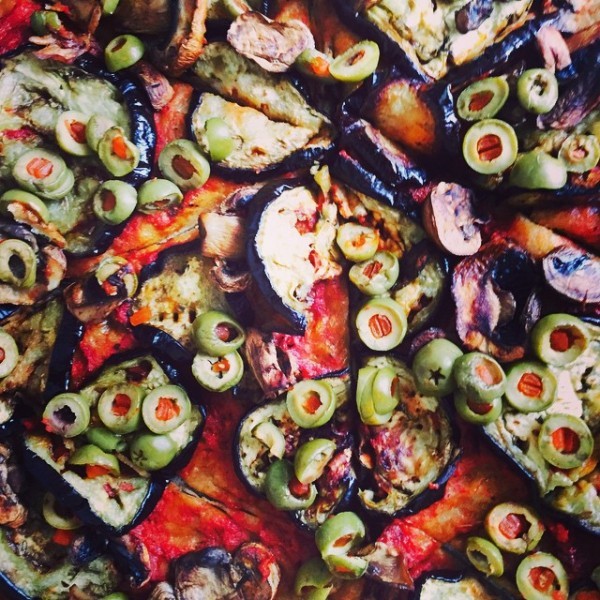 Russia Abroad. In 1937 the Russian Church Abroad opened a boarding school for Arab Orthodox girls in Bethany (in the Holy Land). Later quite a large number of those girls entered one of the Church Abroad’s two convents in the Holy Land: on the Mount of Olives and in Gethsemane. At the present time, 415 girls study in the Bethany school, of whom only a few (19-20) are Christians. A photo of students from the school, 2005. 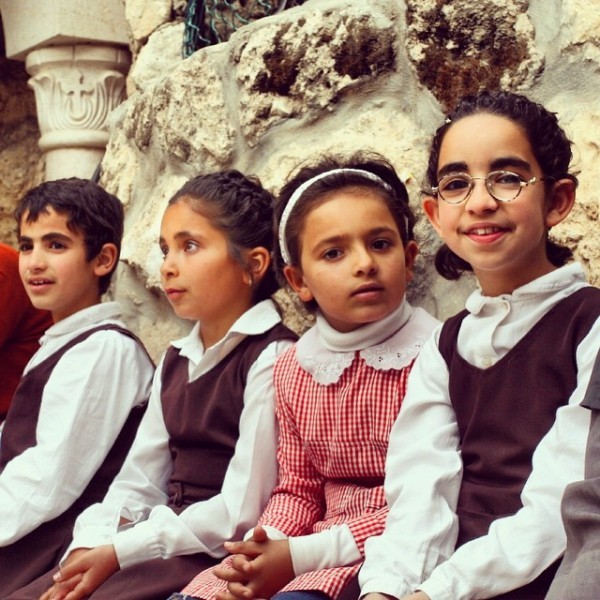 CHRIST IS RISEN! Have you ever thought about why the Lord created time zones? It is only 6 PM here in California (we have six more hours to go until the Paschal matins starts). In Australia they greeted the Risen Christ long ago, and I have been receiving Paschal greetings from Russia for several hours already. I believe that the Lord arranged it this way to enable all of humanity an opportunity to perform divine services and to praise the Lord around the clock. While they are sleeping in Moscow, we are celebrating the Divine Liturgy here; but when it is time for the Liturgy in Moscow, we are asleep. It is wonderful indeed: “Bless the Lord at all times”!

This is the photo of a clock. There are similar clocks on the main streets of almost every small town in America. I like it; it’s nice. 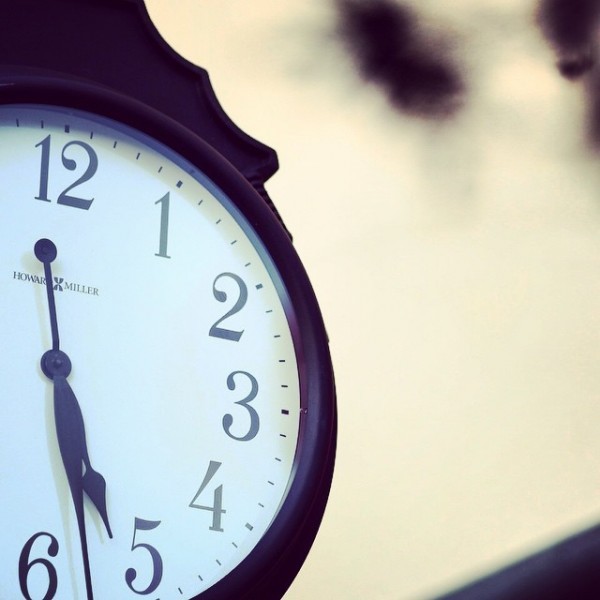 Blessed California. Christ is Risen! Today some friends – pilgrims from Moscow – and I went south from San Francisco towards the Monterey Peninsula. Here the soil is very fertile and there are unique conditions for growing artichokes and various berries. This district provides greens for all of America during winter. This photo is of a strawberry plantation. Tomorrow our group will go to the Greek Convent of the Life-Giving Spring in Dunlap. 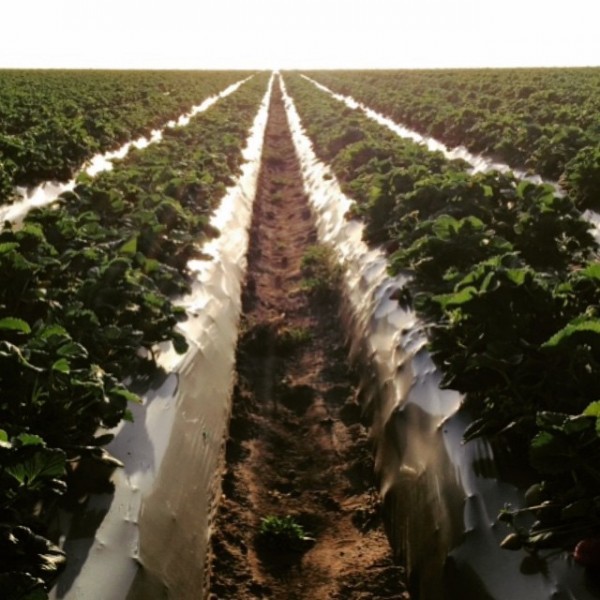 Blessed California. Esplanade of the Monterey Peninsula. California is a state of exceptional beauty and unbelievable diversity. I want to stop my car every 15 minutes to take a picture and praise Lord the Creator! 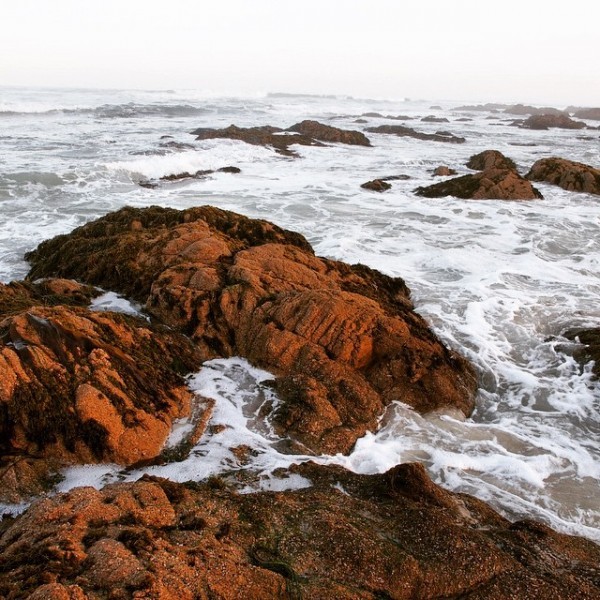 Blessed California. An embankment of the Pacific Ocean near the city of Santa Cruz. 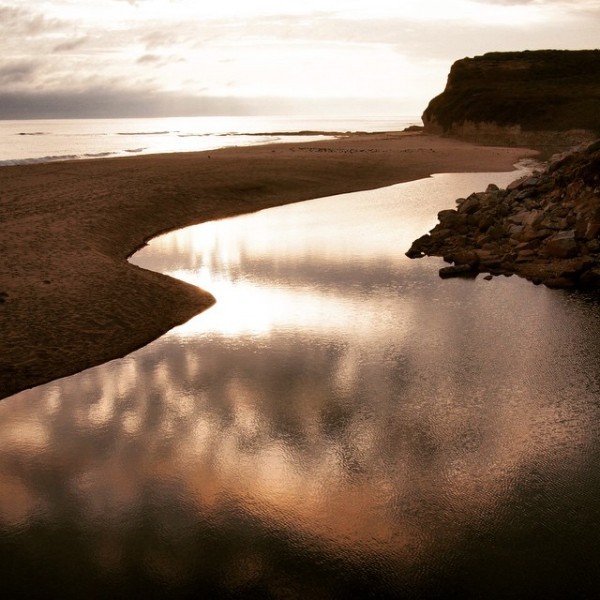 During tonight’s service, at the verses, were the words that, eight days after His Resurrection, the Savior appeared to His disciples in the room in which they had gathered and granted them peace; that is, He presented them with the peace that they did not have after they had abandoned and fled from Him. It turns out they could not regain their peaceful state, but Christ GRANTED it to them! That is, inner peace is a gift of God. We can ask for it, seek it, and aspire towards it, but ultimately it is only the Lord Who can grant it to us. Everything else is a kind of a substitute – a temporary one, moreover.

Against this background, the greater part of modern psychology, which lacks both the Lord and His grace, is quite pitiable. It may offer one a sort of solace and help one to make peace with oneself, but it is incapable of changing a person in essence, just as it cannot wash away a single tormenting sin – this belongs to God alone!

Orthodox California. There are various monuments that are often completely unexpected. 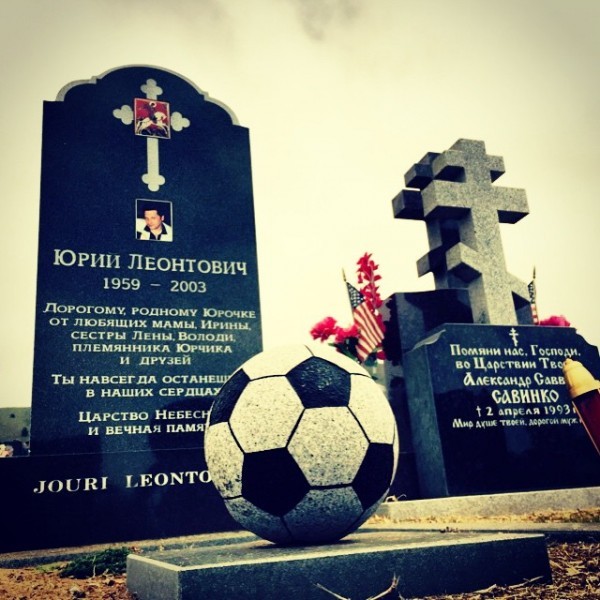 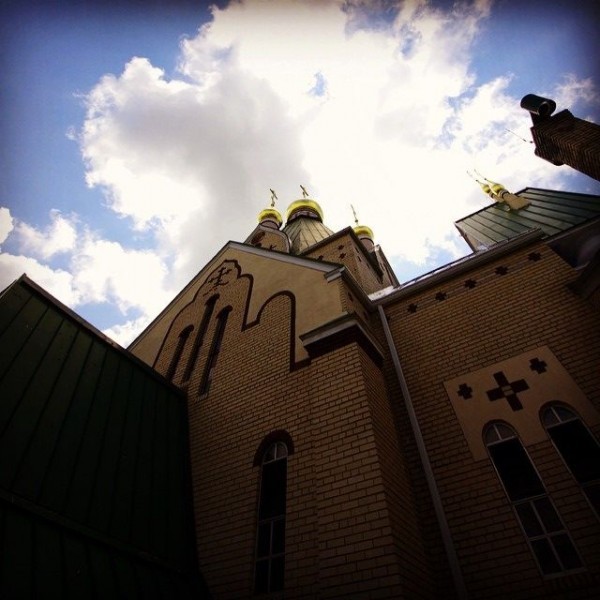 Congratulations on the Lord’s Ascension! During the Vigil, a verse nicely stated how not only did the heavens open in order to receive back the Lord Jesus Christ, but also the earth opened in order to give back the new Adam. This photo is of a procession to the Holy Ascension Convent on the Mount of Olives. This convent is under the jurisdiction of the Russian Church Abroad. 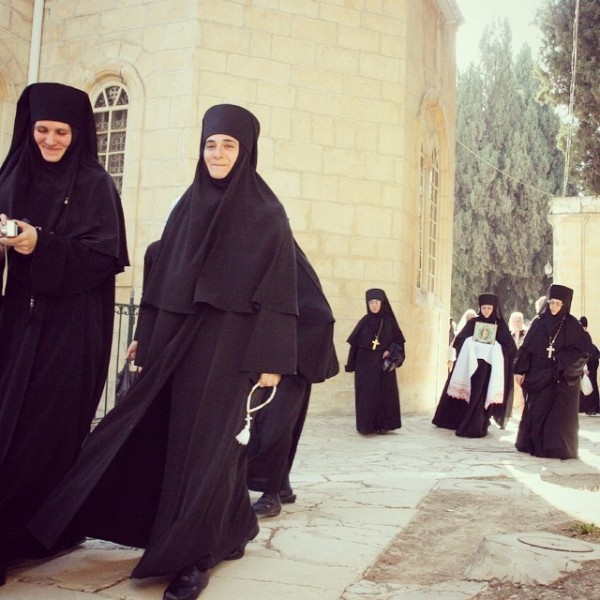 These are very serious, responsible, and even terrible words. Suppose 70% of the population of Russia considers itself Orthodox; then, in theory, 70% of passengers of any Russian flight, or 70% of visitors to any Moscow café, should make the sign of the cross before their flight or meal. It is probably also true for clergy in relation to wearing ecclesiastical attire (cassock and rasson) outside church, as is customary in Orthodox countries such as Greece and Cyprus. There is something to think about here.

This is a photo of the altogether luminous and sensible abbess of the Moscow Conception Convent, Abbess Juliana (Kaleda), while on a pilgrimage to California. 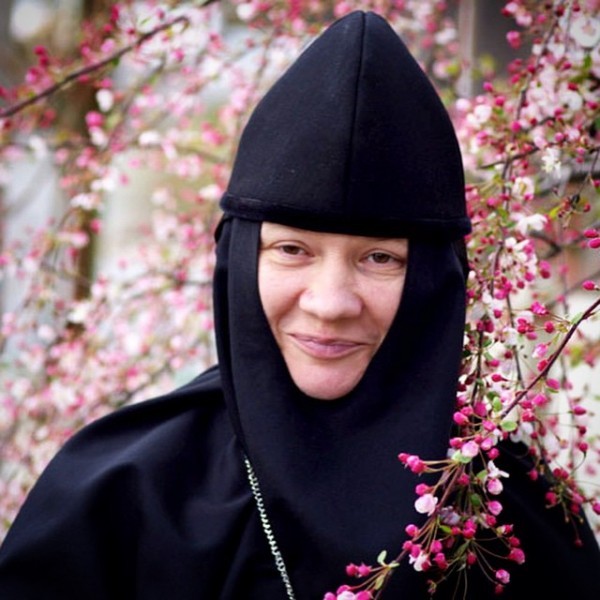 I have not posted anything “very sweet” on my Instagram for a while, but here are some very sweet feet in some very sweet Converse sneakers. I personally like these shoes very much (but not on clergymen during divine services!!!), probably because they are very sweet. These sneakers are simple and lack all pretention and vulgarity. Moreover, children, teenagers, as well as adults wear them – and that is saying something. 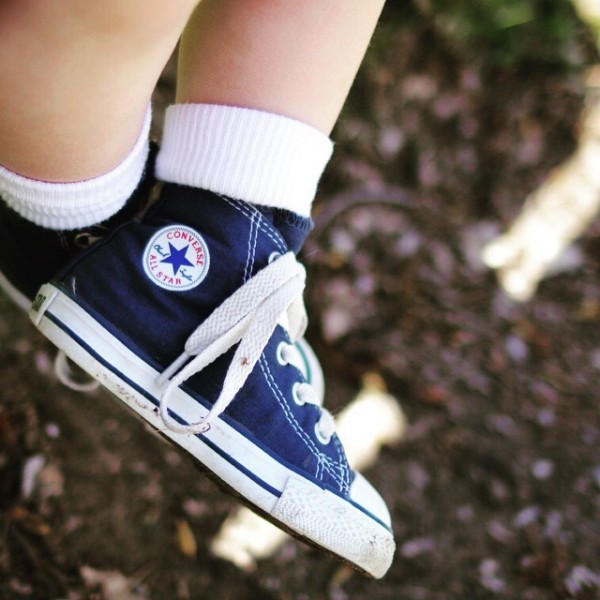 Rus’. The other day the Russian Church celebrated the feast day of the Righteous Artemy of Verkola. He lived in the sixteenth century and, at the age of thirteen, was killed by lightning on a field during a thunderstorm. People thought this was a sign of God’s judgment and left the saint’s body unburied in a pine forest.

Twenty-eight years later a light appeared above the place where his incorrupt body lay. The saint’s holy relics were transferred to a church, where many healings took place. Residents of Verkola (Arkhangelsk region) place the stress on the first syllable: VErkola, not VerkOla.

Fyodor Abramov, a Russian writer and “village man,” lived and was buried in Verkola. His friend, Dmitry Klopov, an artist from the Pinezhsky district who starred in the movie titled In That Country, is still in good health, thank God. Seeing such authentic people nowadays is a joy and a feast (although D. Klopov, as a matter of principle, does not take selfies)! :)

Dear friends, you probably all already know about the recently adopted law concerning the legalization of same-sex “marriage” in all states of America by the US Supreme Court. I have been thinking about this quite a bit this past week and a half. I have had a LOT of different thoughts about this, some of which probably fall outside the normal framework of thought.

It just so happens that a week before this decision was adopted, I read some amazing thoughts by Metropolitan Athanasios of Limassol that answered many questions. The meaning of his words is as follows: Christians are REQUIRED to state their position on all modern issues (including feminism, homosexuality, and the like). But this is not our problem; it is theirs.

“When someone SHOUTS and creates noise, then the problem is in him himself. When you do NOT feel you have a problem, when you are sure that your faith is true, and you feel it FROM EXPERIENCE, then you do not feel any kind of fear, NOR ANY KIND OF THREAT, nor any difficulties. And when you have to say a word, then you will say it in peace, with MAGNANIMITY and inner CALM, and you will not act like a person who has doubts about his faith!”

This photo is of a farm in the northern part of New York State. 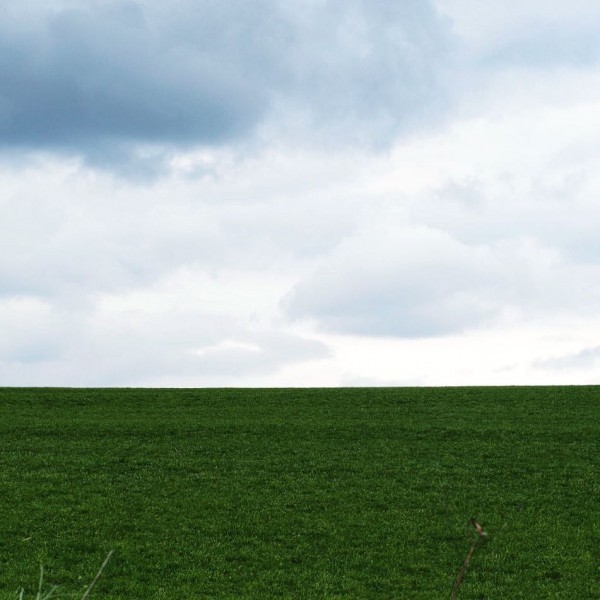