Source: Death to the World
To any who are Orthodox and living in the West and feeling alone – fear not. You are part of a brave new frontier – you are on the front lines. It is not a cause for despair, but a challenge to be embraced, a cause for joy that we can be a part of God’s plan for our lives to bring love and hope in Christ to others.
Jason Liske | 02 September 2015 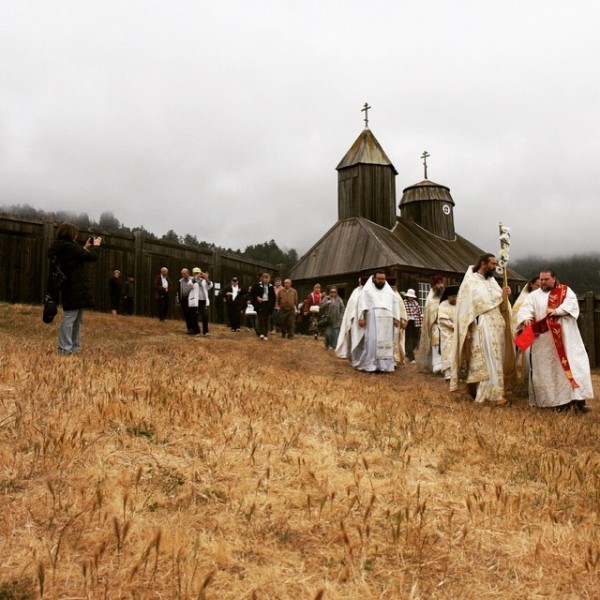 Orthodox California: Fort Ross: the first Russian settlement in North America, founded in 1812. A procession of the cross from the fort’s chapel to its cemetery. Photo: Protopriest Peter Perekrestov, https://instagram.com/sfprotoierei/

To choose Orthodox Christianity here in North America is to immediately place oneself apart from the majority. I learned this firsthand the other night when I went to the local gathering of Christians at the pub known as Theology on Tap – an event where one could discuss theology and faith over a pint in a semi-organized fashion.

The uncomfortable part was that I was the only Orthodox Christian present; all the rest (62 in total!) were Roman Catholics. Add to this the awkward fact of my being a former Roman Catholic, and the feeling of being alone set in rather heavily. However, it gave me some real food for thought.

We Orthodox in North America are beyond being a minority. We are alien not only to the secular world around us, but the world of other Christian confessions as well. Unlike Protestantism and Roman Catholicism, we still stand out in a stark manner: our priests, monks and nuns actually look like priests, monks and nuns; our churches seem like foreign worlds with their icons, candles and heavenly chant; everything about us as Orthodox Christians seems so otherworldly when compared to the culture that surrounds us. We stand out – and many of us who were punks, metalheads and goths know the feeling well.

“You are the light of the world,” (Matt. 5:14) says the Saviour. We are the “city that is set on a hill [that] cannot be hidden,” (Matt. 5:15) and we are called to let our “light so shine before men” (Matt. 5:16). Simply the fact that we are Orthodox alone shines light in itself, due to the fact that in the West, few have even heard of Orthodoxy and even fewer know anything about it.

This was proved by one of the questions at Theology on Tap, when a Roman Catholic spoke concerning the “Eastern Orthodox tendency to over-divinize Christ” (a question, I too in ignorance, once asked as a Roman Catholic). When I tell others I am Orthodox, the next question that usually comes up is “Are you Greek or Russian?”, or “You mean Orthodox Jew?”, almost without fail. As you can see, Orthodoxy is still largely a mystery in North American culture. 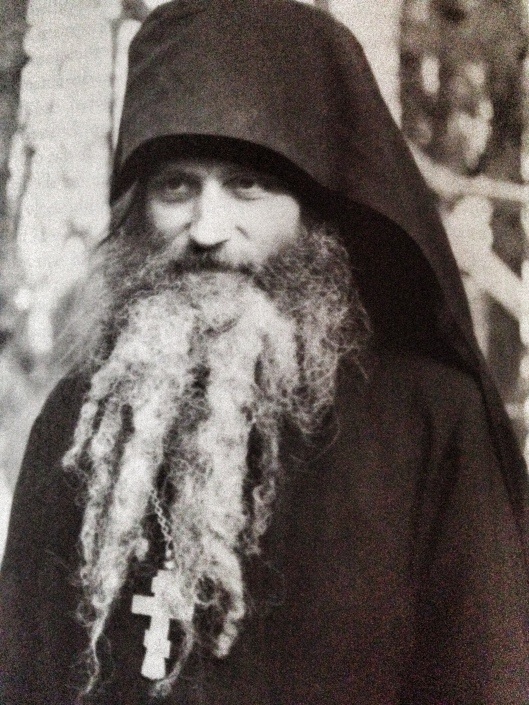 However, there is something wonderful about this. We have a pearl of great price in our faith, and we are called not to shut it up but to bring it to the world. As Blessed Fr. Seraphim Rose writes,

“We must realize what a treasure we have, and make it active in us…This need not mean going door to door like Jehovah’s Witnesses, or preaching in the streets. The outward expression of our faith will come naturally once we have begun to go inward, finding out what this treasure is and letting ourselves be truly changed by it.”

It is certainly easy for us in the West to pass over Orthodoxy as an actual way of life when we are discerning Christian truth and what confession to adhere ourselves to. The evangelical world often presents a “cheap grace”, a kind of path of ease with its notions of “getting saved” and “eternal security”. The Roman Catholic Church, despite our being the second largest Christian body in the world, still overpowers us with its size and influence – simply compare when Pope Francis says anything to when our Ecumenical Patriarch or one of the other Patriarchs speaks – the former garners headlines almost every time, the latter almost never.

So if the searching soul in North America looks at the world of Christianity, it is often only two options that present themselves – Rome or Geneva, Catholic or Protestant of some kind. This is why I think that we Orthodox so desperately need to make ourselves known and heard in the West, to show other Christians their past, to show others the Truth of our faith Who is Christ.

As Blessed Fr. Seraphim Rose noted, this is not done by evangelical street-preaching and door-knocking, which more often than not only serves to irritate others and make them even more disinterested. Orthodoxy is not a message to be peddled as though it were simply a product for a sales pitch. It is life in Christ, and thus, it is through living this life authentically as Orthodox Christians that we can evangelize the world around us.

So, to any who are Orthodox and living in the West and feeling alone – fear not. You are part of a brave new frontier – you are on the front lines. It is not a cause for despair, but a challenge to be embraced, a cause for joy that we can be a part of God’s plan for our lives to bring love and hope in Christ to others.

Our father among the saints, the illustrious missionary St. Herman of Alaska was once asked whether he felt lonely on Spruce Island – he answered, “No, I am not alone there! God is there, as God is everywhere.” Let this be a consolation to any of us who are a part of the little flock here in North America, and a reminder that we are never alone.