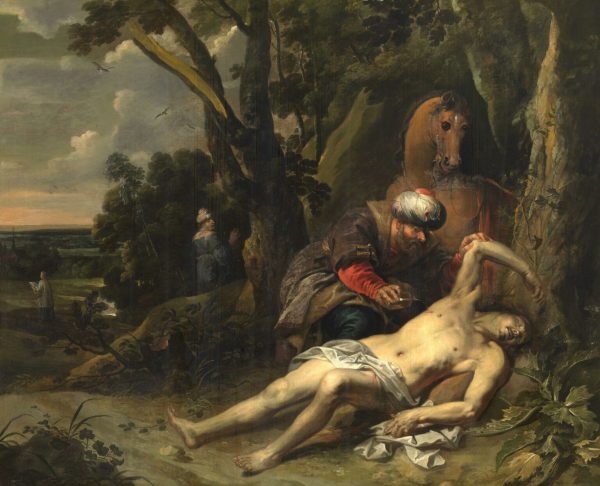 Most moderate-sized American cities are dominated by two structures: bank buildings and hospitals. The former are often large and new because it’s where we like to put our money. The latter are large because we’re afraid to die and don’t want to be sick. Both are particularly modern structures. You could travel to ancient Pompei, were it to be completely reconstructed. You would find neither bank nor hospital. Of the two, hospitals came first.

Ancient Greece and Rome had doctors. They worked with herbs, and even performed fairly simple surgeries. The “Hippocratic Oath,” sworn by modern doctors as part of their initiation into the field, was first crafted by Hippocrates, in the 4-5th century B.C. Doctors and medicine are part of our ancient heritage.

The practice of medicine was largely a private matter for many centuries, with some “clinics” of a sort being associated with particular temples, such as those of Asclepius. However, hospitals had to await the coming of Christianity. A name associated with one of the first such foundations was St. Basil the Great of Caesarea. He gave away his family inheritance for the needs of the poor, building a poorhouse, a hospice and a hospital just outside Caesarea. It was dubbed the “Basiliad.” St. Gregory the Theologian compared it to the “wonders of the world.”

St. Sampson the Hospitable was a doctor. He found favor with the Emperor Justinian and asked for help to build a hospital in Constantinople. It served that city for centuries. His title, the “Hospitable,” as well as our continuing use of the word “hospital” are worth considering. In Greek, his title is “philoxenos,” a word meaning the love of strangers – or kindness to strangers. Our word, “hospitality,” still has this connotation. Its origin is from the Latin, hospes, which also has the meaning of the care for the stranger or guest.

A recent conversation with a friend brought this reflection about. She had gone for a medical appointment and noticed that the doctor spent all of the visit looking at a computer screen. The patient was present and was questioned, but the reality, somehow, seemed to be onscreen. It’s an extreme example, I suspect, but rooted in a subtle shift in how we think of our health. Science, even modernity itself, focuses on the disease. The patient is the “host,” but the disease is the defining reality. Hospitals become “infirmaries,” a place that houses sickness.

When I first entered Orthodoxy, serving a starting mission, I took a job as a home hospice chaplain with the local hospital system. Medically, it was unlike anything I had seen before. Our patients were all dying, and our mission was palliative care. There was no “disease” to treat – only patients. There was a weekly “team meeting,” when the whole crew, from doctors to bath nurses, chaplains and social workers, all met and went through our cases. In that setting, the experience and thoughts of a bath nurse were considered as valid and vital as those of the doctor himself. After all, no one was more intimate and “hands-on” with the patient than the bath nurse. It was the first time I ever saw a doctor listening carefully to nurses and chaplains. There was nothing “active” that could be done other than providing comfort and support. The team stood in awe before the reality of dying, inevitably sharing the knowledge that what a patient was facing would be our own lot in time.

Our modern culture, with its brilliant work in science and technology, all too easily moves the discussion away from patients to disease. Patients are “unsolvable” problems for the most part, while a disease can be isolated, measured, and corrected (sometimes). Disease is easy – it’s people that are hard.

In the days following Christmas, I took part in the funeral of a 14 year-old boy who had died from sepsis (“blood poisoning”). It’s the sort of thing that strikes deep grief in the heart of parents and the wider community. Sepsis is more common than people realize, killing more people than cancer. A frequent remark I heard surrounding this particular funeral was how “unnatural” it was – “untimely” would have been a better word. The power of our technology has erected something of a dike against the always present flood of mortality. We forget that we are all going to die.

Acknowledging death was a key in hospice care, both for the patients and the medical team. I have long marveled at the fact that most people in modern culture have never been present for the death of another human being, nor for an actual birth. These are the two universal human experiences, both generally confined to a “hospital.” My last Anglican parish, just before taking up my work in hospice, saw 120 deaths in 9 years. It was a large parish, with an aging congregation. It prepared me for the work that was to come.

My writing was once criticized as being filled with “existential angst.” I suspect that comes from having personally watched death at close quarters so many times. It is not theory: it is intensely real. That same reality is the daily truth of our existence: life is fragile. Despite the ubiquity of human fragility, we hide it well. Our institutions cloak the presence of our mortality. It has struck me profoundly that arguments in favor of euthanasia come from a culture that avoids the truth of our existence. I suspect that the calls for death are primarily comfort measures for the living. We want the sick to go away, quietly.

In one His last parables, Christ said, “I was sick and you visited me.” He was not surrounded by a technological culture that denied death. Sickness and death were as certain then as they are now. However, His teaching recognized then (and it is still true) that the greatest loss in sickness is communion with others. Sickness and suffering isolate us. This is particularly the case in a culture that measures its success by productivity and consumption. Strangely, it is not unusual to hear sick people apologize for being sick!

Obviously, treating sickness is a good thing. My life has been saved several times by interventions. However, the primal intuition, that sickness makes of us a “guest” in need of hospitality, is always true. Every sick person who is cured will become sick again, and, finally, will die.

Scripture teaches us that “the last enemy to be destroyed is death.” The prayers of the Church pray for “a Christian ending to our life: painless, blameless, and peaceful; and a good defense before the dread judgment seat of Christ.” Like the martyrs, we look to die well. By that, we mean for our death to be marked by the victory of Christ over death. One of the thoughts that stayed with me from my hospice years has been how I want to die. I have thought that the last thing I can teach my children is, by God’s grace, to die well. I have seen it – more than once.

Strangely, that desire and vision is also required in order to teach how to live well. The monastic tradition of the Church has the notion that we should always keep death before our eyes. In a culture where sickness and death are hidden from view, such a notion can seem morbid and wrongly formulated. St. Paul said of himself, “I die daily” (1Cor. 15:31). More completely, he said,

“I am crucified with Christ, nevertheless I live. Yet not I, but Christ lives in me. And the life that I now live, I live by the faith of the Son of God, who loved me and gave Himself for me” (Gal. 2:20).

These are not morbid notions, but remembrances of the truth. If you lived on the edge of a cliff, only disaster could come from forgetting that fact. We remember the truth of our existence (including its end) so that our life might be shaped by the conscious remembrance of the name of God. When we pray, “Lord, Jesus Christ, have mercy on me,” we proclaim the futility and emptiness of our self-existence, while more profoundly proclaiming the goodness and kindness of God in Christ who, in us, tramples down death by death.

There is a monastic saying in Orthodoxy: “If you die before your die, then you won’t have to die when you die.”