Source: Orthodox America
Those of us whose ancestors are French, Irish, Scandinavian, German, Italian or other British or European nationality, would do well to remember that we too have a rich Orthodox heritage. Unhappily, it has in many cases been buried under a thick layer of Catholic and Protestant history.
James Read | 05 November 2010

Despite the universality of the Holy Orthodox Church, it is not infrequently that converts confess to feeling “out of place” in the Russian, Greek, Serbian, or other ethnic tradition which, with few exceptions, dominates parish life in the Orthodox West. This is a natural outcome of the circumstances in which Orthodoxy spread to the West: it was primarily an immigrant rather than a missionary movement. Today, however, a majority of converts come from a West European stock that is neither Slavic nor Greek. Those of us whose ancestors are French, Irish, Scandinavian, German, Italian or other British or European nationality, would do well to remember that we too have a rich Orthodox heritage. Unhappily, it has in many cases been buried under a thick layer of Catholic and Protestant history. It would, however, serve not only our own interests, but the interest of the Orthodox Church as a whole, were we to bring to light that treasury of Western saints and their rich legacy, of which we are the unworthy inheritors. 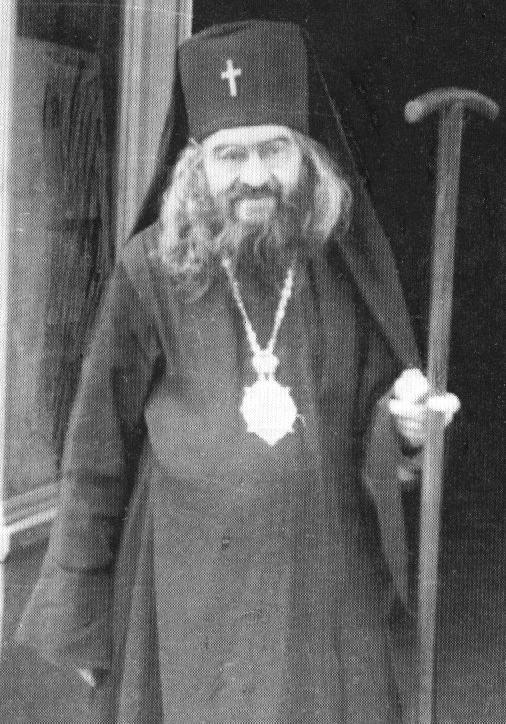 This process was begun in earnest by a true apostle of our own day, Archbishop John Maximovitch, of Blessed Memory. While living in Paris as ruling Archbishop of Western Europe, he was inspired by a love for the Church to begin collecting information on early saints of the West, together with their pictures or icons. Thus he began a task of promoting amongst Orthodox living in the West, a consciousness of, and a devotion to, those saints who had lived in the West before the Schism of 1054. In 1952 he spoke on this subject before a Sobor of Bishops of the Russian Orthodox Church Outside of Russia, presenting for their consideration a list of pre-schism Western saints for inclusion in the Orthodox calendar.

A similar task was undertaken by one who was himself an Orthodox saint of the West, St. Gregory, Pope of Rome—also known as St. Gregory the Great, or St. Gregory the Dialogist. Writing at the end of the sixth century, he compiled a book honoring the memory of the saints of Italy for the edification and instruction of his fellow countrymen. The book is written in the form of a dialogue between himself and his deacon Peter, from whose comments it is clear that we are not alone in our ignorance of these holy and illustrious men of God. 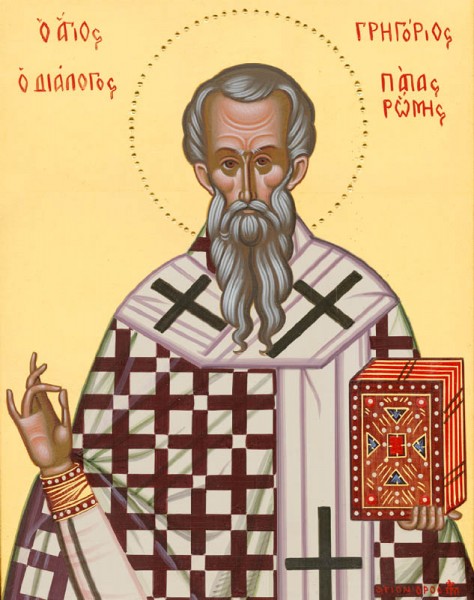 Peter: “I do not know of any persons in Italy whose lives give evidence of extraordinary spiritual powers. This land of ours has undoubtedly produced its virtuous men, but to my knowledge no signs or miracles have been performed by any of them; or if they have been, they were till now kept in such secrecy that we cannot even tell if they occurred.”

Gregory: “On the contrary, Peter, the day would not be long enough for me to tell you about those saints whose holiness has been well established and whose lives are known to me either from my own observations or from the reports of good, reliable witnesses.”

St. Gregory proceeds to recount a veritable ‘Paradise of the Fathers’ of the West. These men and women, by whose prayers the dead were raised, the sick healed, who calmed the seas and tamed wild beasts, were in no way behind their fellow laborers of the East in their ascent of the ladder of virtue. Amantius, Eleutherius, Fortunatus, Boniface, Donatus, Honoratus, Cerbonius-these are but a few to whom we are introduced in St. Gregory’s Dialogues. The second book of the Dialogues is devoted entirely to the life of St. Benedict of Norcia, a monastic father of the West. Unable to confine his love and enthusiasm for God’ s saints to Italy, St. Gregory crosses over to Spain, a country which had Christian settlements as early as the first century.

Going north into France, we again discover a whole army of Orthodox saints: the desert- dwellers of the Jura Mountains, the monastic fathers of Lerins, the saintly bishops of Poitiers, Tours, Paris, Lyons. Numbered among their ranks is St. Clotilde, Queen of France (d. 545), by whose prayers her husband, Clovis, King of the Franks, received the faith of Christ where again we are fortunate in having primary sources available to us in English: St. Gregory of Tours’ History of the Franks contains some lives of saints, while his magnificent Vita Patrum (Life of the Fathers) was translated by Hieromonk Seraphim Rose. 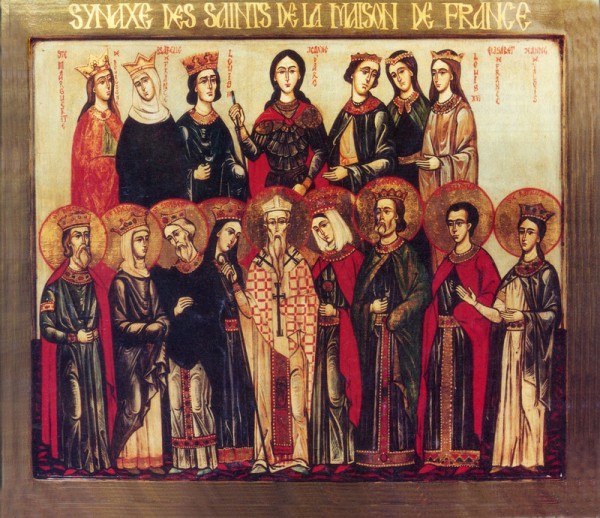 In his Introduction to this series, Fr. Seraphim writes: “The 20th-century Orthodox Christian will find little that is strange in the Christianity of 6th-century Gaul; in fact, if he himself has entered deeply into the piety and spirit of Orthodoxy as it has come down even to our days, he will find himself very much at home in the Christian world of St. Gregory of Tours.” St. John Maximovitch included several of these saints in his own list, among them St. Germanus of Auxerre and his companion St. Lupus (St. Loup) of Troyes. 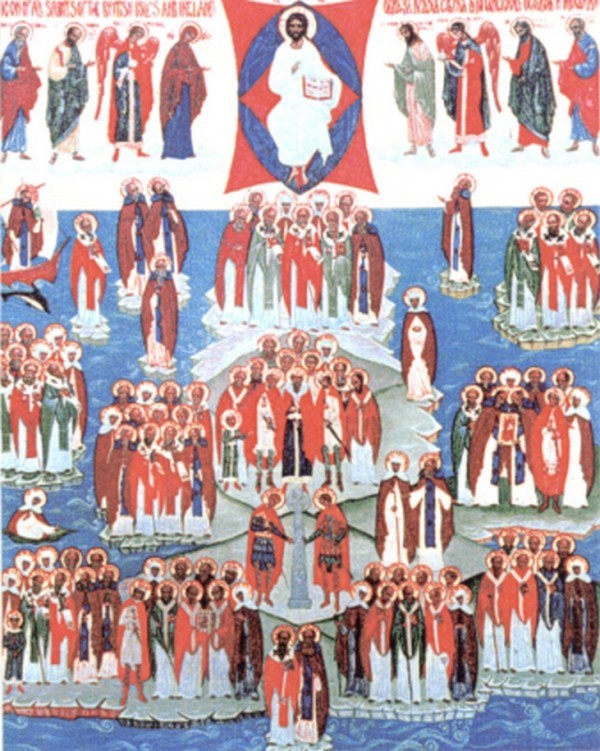 Crossing the Channel to England, we find a wealth of Orthodox saints all but unknown even to those living there! The discovery, not long ago, of the relics of St. Edward the Martyr, a 10th century King of England, has brought attention to the historical presence of Orthodoxy in Britain, but work has only just begun in this fertile field of Orthodox sanctity which could do so much toward the strengthening of faith among native Britons and those of British heritage. Two sources on this subject deserve special mention: A History of the English Church and People by the Venerable Bede and Saints of the British Isles, compiled by two English converts to Orthodoxy, A. Bond and N. Mabin. 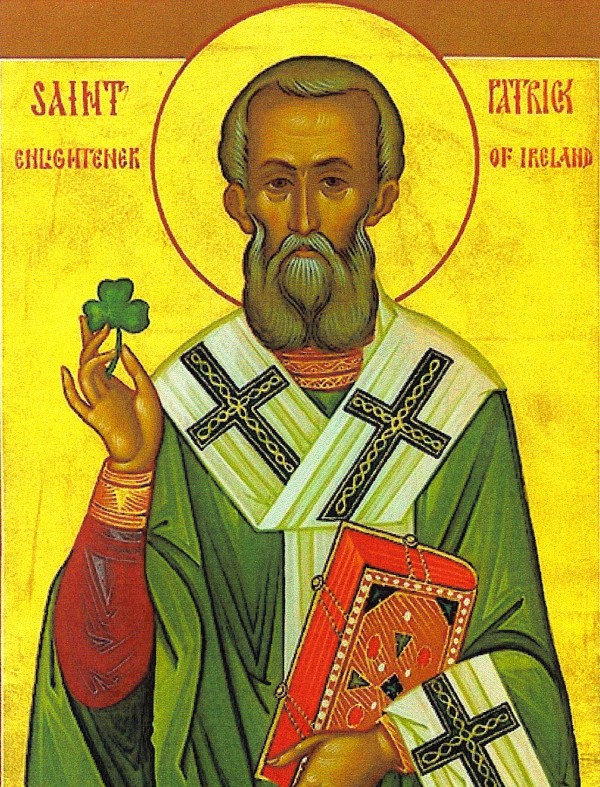 What convert of Irish ancestry doesn’t have a devotion to St. Patrick? So successful were the apostolic labors of this wondrous saint that by the sixth century Ireland had become a genuine Thebaid of the West whose monastics penetrated the farthest corners of Europe in their missionary zeal. Wales, too, had an illustrious bishop, St. David, as its patron. Here was another breeding ground of missionary saints, many of whom are more illustrious in the lands they evangelized than in their homeland. St. Ninian of Scotland, Amend of Belgium, Anschar of Sweden . . . There is no country in Europe which does not have an Orthodox heritage. Let us make an effort to uncover these beacons of Christianity for our own edification and to the glory of God, wondrous in His saints.