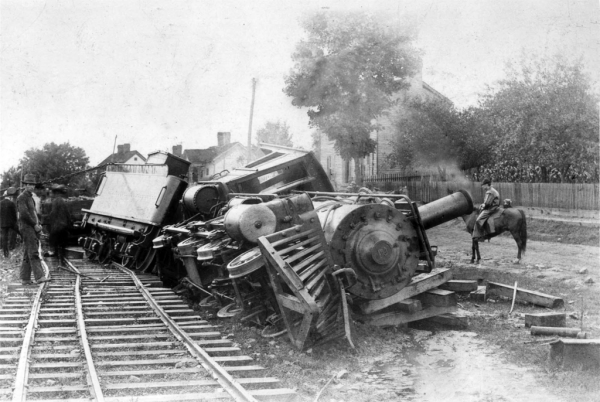 The entire mystery of the economy of our salvation consists in the self-emptying and abasement of the Son of God – St. Cyril of Alexandria

Trust in the providence of God is much more than a general theory of how things are arranged in our lives and in the world. We tend to discuss the notion in the abstract, wondering whether this action or event is to be properly attributed to God. There is a much deeper matter, however, one that goes to the heart of the Christian life and the nature of salvation itself. Providence is not a theory about how things are – it is the very nature of salvation.

A proper place to begin in thinking about this is with Christ Himself.  Jesus says, “I have come down from heaven, not to do My own will, but the will of Him who sent Me.” (Joh 6:38) This is a clear declaration of His self-emptying and abasement, a kenotic action that is consummated on the Cross.

In a similar manner, trust in Divine providence is a form of self-emptying on the part of the believer. Such trust has a very traditional expression: the giving of thanks. To give thanks always, everywhere and for all things is the fullest form of self-emptying. The Elder Sophrony once said that if one were to practice thanksgiving always and everywhere, he would fulfill the saying to St. Silouan, “Keep your mind in hell and despair not.” Fr. Alexander Schmemann said, “Anyone capable of thanksgiving is capable of salvation.”

The common objection to trust in God’s providence is similar to the objections for thanksgiving. We fear that such trust and thanks will result in non-action, an acquiescence to the reign of evil. If the Christian life is rightly understood (and lived), this result is not an issue. This fear, understandably common, is intensified within the mindset and narrative of modernity.

The modern narrative tends to claim that human problems were largely left unattended and uncorrected until the advent of modern social science and political efforts. It fails to recognize that the very period of time that is marked by “modern,” has also contained many of the most egregious human rights violations known to history. Racial slavery, as practiced in America, for example, was maintained and justified almost exclusively on the grounds of very modern reasons.

The fear of inaction is a charge that can easily be brought against the Cross itself. The weakness of Christ Crucified appears (on the surface) to be the acquiescence of God to evil. This is certainly what the powers of evil thought:

…We speak the wisdom of God in a mystery, the hidden wisdom which God ordained before the ages for our glory, which none of the rulers of this age knew; for had they known, they would not have crucified the Lord of glory. (1Co 2:7-8)

To trust in providence is not the same as inaction. Rather, it is a description of the form and character of action. The death of Christ on the Cross is in no wise involuntary – it is not passive. A life lived in union with the providence of God is in no way passive – it is the action of the Cross within the world.

The Cross should not be relegated to an event that accomplishes our salvation as an isolated or unique transaction. The Crucified Christ reveals the very nature and character of God and the nature and character of the life of salvation. The Christian life is the process of increasing transformation into the image and likeness of Christ. That image and likeness is specifically that of the Crucified (Phil. 2:5-11).

We are told to keep the commandments. Those commandments include care for the poor, the homeless, those in prison, etc. Indeed, the Cross teaches us to radically identify with them, rather than simply to offer a helping hand. Our concern for justice all too rarely engages anyone face-to-face, nor does it leave us with substantially less money. We fail to understand the true nature of violence, and refuse to acknowledge its inherent role in “making the world a better place.” Modernity is married to violence and pleads that it is all in a good cause.

The justice of the Cross is a way of life – one which makes no sense apart from the resurrection. I once heard it said that a Christian should live their life in such a way that, if Christ had not been raised from the dead, it would be absurd. That absurdity is nothing less than the foolishness of the Cross. In arguments with modernity, the way of the Cross will always lose, will always seem to fall short of solving problems and fixing things. Every human plan is better.

However, if the preaching of the Cross carries with it no foolishness, then something less than the Cross is being preached. Those who have reduced the Cross to a pagan sacrifice, appeasing an angry god, have made of it a wise investment and a safe bet. Such “faith” is beside the point.

Within our daily lives, if we confront the day with thanksgiving, the Cross will quickly reveal itself. The first moment that the giving of thanks becomes difficult, we have reached the wood of the Cross itself. We stand in the very gates of Hades. If, in that moment of difficulty, we persist in giving thanks, then Hades trembles and the dead are raised. This is our personal kenosis, our self-emptying in the presence of the good God. “Nevertheless, not my will, but thine be done.”

This same heart will indeed feed the poor and clothe the naked. It may very well give away everything that it owns. It will not make the world a better place, for it is the place where a better world has already become incarnate.

I would like to add a thought to this re-posted article:

As we look around the world in 2020 and see a growing tide of apparent chaos, we do well to remember that the cruciform character of God’s providence is found not just in what we see as “good,” but in what is crucified. The agony of the Cross itself appears to be chaos and the very incarnation of injustice. The love of God is made manifest in that injustice as it is patiently borne by the Son of God. In Him, the Cross is manifest in its transformative goodness, that which tramples down death by death. We should take courage that we are living in a time in which so many opportunities are presenting themselves for our own abandonment to God’s cruciform providence. In this, we should find ample opportunity to preach the gospel of Christ.