Lack of Faith vs. God’s Providence

Source: Eastern Orthodox Spirituality
If we analyze human customs and habits, we will see that in all places and at all times lack of faith becomes prominent and widespread, which gives rise to empty and false fears. People often fear a shortage of food supplies; sometimes they fear that they will lack necessary items during an illness; at times they fall into despair over ever-growing rumors of war.
St. John (Maximovitch) of Tobolsk | 18 August 2015 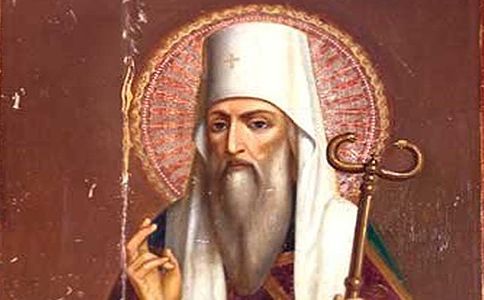 None of our own attempts and efforts can save us without the help of God, but neither can God’s help be beneficial to us without our own wish for it. No other subject was brought up by the Lord to His disciples so frequently as lack of faith. He warned everyone against lack of faith not only by His words, but also by the multitude of events which amazingly proved the power of faith and the powerlessness of mistrust or doubt in God’s protection and salvation from danger.

Lack of faith comes in different forms: some people have little faith in God because He does not punish His enemies; others doubt they would be able to entreat God to grant them their desires, especially when their conscience bothers them with the thought that God will not forgive them their sins; still others fear that God will deprive them of all earthly goods and subsistence. This triple manifestation of lack of faith estranges many people from God and immerses them in various forms of perdition.  The source of our lack of faith is our excessive conceit, i.e. when we think more of ourselves than of God, rely more on our own powers than on God’s help.

What is the reason for God allowing the destruction of such a great number of people, who are injured or killed through sorcery? It is not surprising: lack of faith has become so widespread among the people that it merits punishment. Many do not look for other doctors except sorcerers (extrasensorists), nor other pharmaceuticals except deviltry. God justly punishes us by the same means that we use to sin against Him. As our faith and hope in God increase, so increase His mercy and benevolence to us. But woe unto us, that there are so few of us who believe in God with all their heart!

If we analyze human customs and habits, we will see that in all places and at all times lack of faith becomes prominent and widespread, which gives rise to empty and false fears. People often fear a shortage of food supplies; sometimes they fear that they will lack necessary items during an illness; at times they fall into despair over ever-growing rumors of war. All of this occurs because they have an erroneous and doubtful understanding of God’s benevolence and His omnipotent strength: this is also the cause of our mind’s poor and sad concern over temporal things, as opposed to a concern for achieving a blessed eternal life.

God’s Providence manifests itself with the greatest wisdom: not every transgression is normally punished straightaway; however, neither is it left totally unpunished. If God never punished vileness, many people would think that there is no Providence. On the other hand, if every transgression were immediately followed by punishment, it would then be thought that there is no reward or punishment after death. Therefore God, by punishing only some people, reveals His Providence; by not punishing others directly after their transgressions, He threatens them with punishment directly after death, in the next life, if they do not repent in this life. Everything is done by God with great wisdom and forethought.

In a like manner, all the contradictory manifestations that we come across in our lives, are all wisely directed by God’s Providence; all earthly misfortunes are transformed by God into a benefit and advantage for us; even sinful transgressions are tolerated in order to bring us to our senses, and to achieve our salvation through repentance. For to do good deeds and to tolerate heinous ones is characteristic exclusively of divine Providence, since God would never allow the existence of evil were He not as mighty and good as to produce good consequences from all evil deeds.

God’s Providence is concealed from us, unfathomable to us, but it comprises an all-encompassing order for ruling the world rationally and justly. We are usually quite observant of the external order of universal and particular events; however, the wondrous and wise Providence of God, which activates the cosmic mechanism and preserves and directs its activity, is hidden from us, and we cannot see it. It is for this reason that many people, seeing a contradiction – from a human point of view – in the well-being of bad persons and the tribulations of good ones, assert that God’s Providence does not exist, but that everything occurs through man’s will and reason, or through blind luck or misfortune.

However, all these things are seen and understood quite differently by those who believe in the great wisdom of God and in His Providence, which directs everything to the good. If, seeing how God-fearing people are often humiliated and insulted, while heinous scoundrels prosper, we think that Providence is sleeping, this is because we are looking upon only one side of God’s Providence, while the other side is hidden from us because of our narrow viewpoint, which is unable to extend itself to fully encompass God’s destinies. Only in the second coming of Christ will we learn of God’s just judgment of everyone and everything.

Our constant mistake lies in the fact that we do not treat the current, passing hour of our life seriously, that we live either in the past or in the future, that we keep expecting the arrival of some unique hour, when our life will unfold in all its significance, and we do not notice that our life is slipping away like water between fingers, like precious gain from a poorly tied bag.

Constantly, daily, hourly God sends us people, circumstances, affairs from which our renewal should begin, while we disregard them and thus continuously resist God’s will concerning us. In fact, how can God help us? – Only by sending us certain people and certain confluences of circumstances in our daily lives. If we were to accept each hour of our life as the hour of God’s will concerning us, as the decisive, most important hour of our life – what hitherto hidden sources of joy, love, and strength would be revealed within our souls! 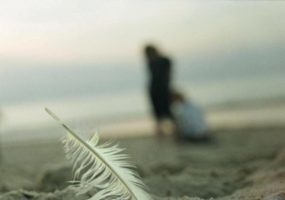 Life doesn’t always work out. We pray and still, sometimes things never go as planned. Then we… 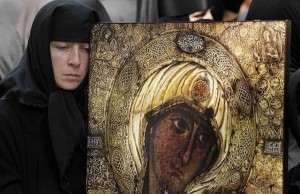 What is the Will of God?
Archimandrite Symeon (Kragiopoulos)

Every now and then, some people ask: “But, what is God’s will? I don’t know the…