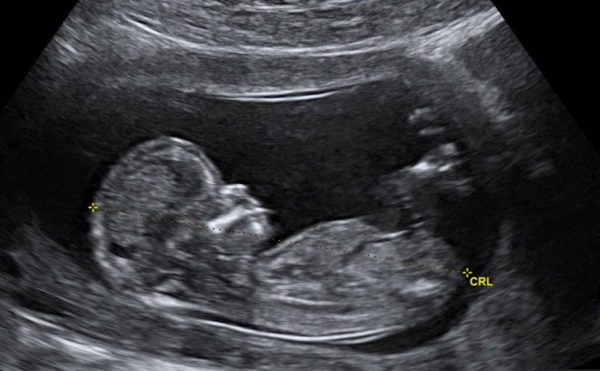 Pro-lifers in Kentucky are rejoicing after a three-judge panel of the Sixth Circuit Court of Appeals upheld the state’s Ultrasound Informed Consent Act. The act requires abortionists to grant women the opportunity to see their ultrasound images of their unborn child and play the audio of the child’s heartbeat before performing the abortion.

Originally blocked by US District Court Judge David Hale in 2017 when passed, the law is now able to be enforced.

“Today is a historic day, as Kentucky continues to lead the charge in implementing strong pro-life protections for its citizens,” stated Gov. Matt Bevin (R-KY)  according to LifeSite. “We applaud the decision by the Sixth Circuit, which affirms the commonsense notion that patients should be well equipped with relevant information before making important medical decisions.”

“I am grateful to be governor of a state that values every human life,” he continued. “And we are committed to continue our fight on behalf of the most vulnerable among us.”

In the court hearing Thursday, Judge John Bush, one of the three appellate judges and an appointee of President Donald Trump, stated, “Are the mandated disclosures truthful and not misleading? Yes—no one argues that the heartbeat, sonogram, or its description is false or misleading.”

“That leaves the final question: Are the mandated disclosures relevant to the patient’s decision whether to abort unborn life?” he added. “The Supreme Court’s abortion precedent answers this question for us.”

The abortion precedent he is discussing is the 1992 Planned Parenthood v. Casey and 2018’s National Institute of Family and Life Advocates v. Becerra, where the US Supreme Court held “that the First Amendment has a limited role to play in allowing doctors to avoid making truthful mandated disclosures related to informed consent,” and the ultrasound law “provides relevant information” that “gives a patient greater knowledge of the unborn life inside her.”

“This also inherently provides the patient with more knowledge about the effect of an abortion procedure: it shows her what, or whom, she is consenting to terminate,” Bush continued. “That this information might persuade a woman to change her mind does not render it suspect under the First Amendment. It just means that it is pertinent to her decision-making.”

Judge Alan Norris, an appointee of President Ronald Reagan, joined Judge Bush in his ruling. Judge Bernice Donald, who was appointed by President Barack Obama, differed by stating the law “eviscerates physician discretion” to decide what “truthful, non-misleading, and relevant information” to share with patients according to LifeSite. She went on to say the requirement had “no basis in the practice of medicine.”

The act went to court after the progressive American Civil Liberties Union (ACLU) sued the state on behalf of a Louisville abortion facility, EMW Women’s Surgical Center. It was the first of two lawsuits by the ACLU against pro-life measures in Kentucky.

The ACLU recently announced a second lawsuit after the GOP-led Senate voted 32-4 to send a new pro-life bill to Gov. Matt Bevin last month. That legislation bans abortion for women seeking to terminate their pregnancies on the basis of the baby’s gender, race or disability such as Down syndrome.

Gov. Bevin had responded to the organization after they made the announcement last month.

In his interview to the Serbian national television RTS, His Holiness Patriarch Porfirije of Serbia spoke about many…

Metropolitan Hilarion: Real People in the Virtual World of the Internet Also Need to Hear the Word of a Priest

Today the virtual world of the Internet has also a room for preaching, because there are real people…

Reading the Bible Has Given Christians Hope During the Pandemic – Survey

Reading the Bible during the pandemic has given Christians hope in God and their future, a survey by…

Most viewed articles
Our Lenten Journey112
The Heart of the Scriptures107
Serbian Patriarch Porfirije Gives Interview to Serbian National Television85
Patriarch Kirill Speaks on the Only Right Path71
Metropolitan Onuphry: Fasting and Prayer Are Two Wings That Help People Draw Near God66
Metropolitan Hilarion: Real People in the Virtual World of the Internet Also Need to Hear the Word of a Priest63
Reading the Bible Has Given Christians Hope During the Pandemic – Survey35
Bishop Benedict of Bistrița in Relation to Young People: I Want to Be One of Them35
Moses and the Ten Words27
In Church and at Home: Liturgical Resources for Great Lent7
Most popular authors
Pravmir.com team320
Priest Luke A. Veronis112
Frederica Mathewes-Green107
Aurelian Iftimiu35
Archpriest Lawrence Farley27
Peter Samore7