A New COVID Strain Again. Brazilian This Time. Should We Be Afraid of It? 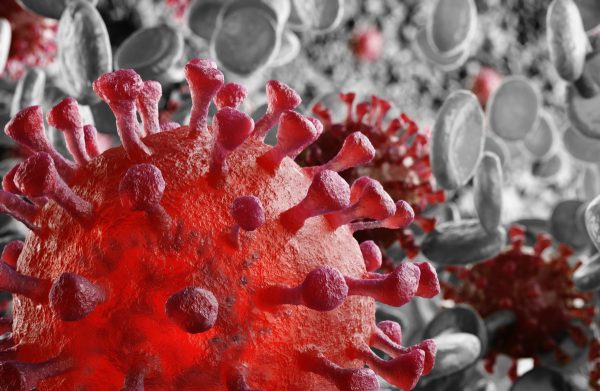 A new COVID-19 strain was detected in four travelers from Brazil in Japan on January 10. It is noted that the new variant differs from those found in the UK and South Africa. Irina Yakutenko, a molecular biologist, scientific journalist, and author of a book about coronavirus “The Virus That Broke the Planet”, spoke about the peculiarities of the new coronavirus strain.

Hardly had we had enough time to be afraid of the British variant of coronavirus, than another variant appeared in Brazil, which is probably as unpleasant.

The pathogen belonging to the new line P.1 (this is what scientists called it, so it is a descendant of viruses from the line B.1.1.28, which is also widespread, mainly in Brazil, but using four digits in the line name is wrong, according to the current nomenclature rules), was found during the process of decoding the sequences of viral genomes that were taken from patients in the city of Manaus, the capital of Amazonas state.

There, as well as almost everywhere in Latin America, the situation with the spread of the virus is terrible. Even if there are measures, people do not comply with them, because the population of these countries is poor, and only a very small part of the population has the opportunity to earn money while working from home.

How was the new coronavirus strain discovered?

In Manaus, the situation with the spread of coronavirus was very bad even in the summer – in June, IgG was found in 44% of the population – later, as the herd immunity threshold got closer, the number of infections began to decline, but in recent months it suddenly began to rise again sharply.

There is little intelligible scientific data from Manaus, but, nevertheless, scientists periodically decipher the sequences of the viruses there. Until December, there was nothing unusual in them: viruses that belonged to known lines were spreading in the region, traces of viruses outside Amazonas were found too, but everything remained within the framework of what scientists observe in other places.

But unexpectedly, in almost half (42%) of December samples, researchers found a hitherto unknown variant. At the same time, since mid-December, new rise in the number of infected people occurred in Manaus. Whether or not the increased rate of the spread of the virus is associated with the new variant of P.1 is still unclear, but in England and Denmark, the new rise in the number of detected cases was caused by the new more “sticky” British variant.

What mutations does it have and how are they dangerous?

Indirectly in favor of the fact that a new surge of infections in Manaus also caused the recently appeared variant of P.1, is evidenced by the mutations that it carries. And there are plenty of them. Among the significant ones are 17 amino acid substitutions (that is, mutations that lead to a change from one amino acid to another in the protein encoded by the corresponding gene), 3 deletions (loss of several nucleotides) and 4 insertions (insertions of several extra nucleotides). Some of these mutations have already occurred before – for example, in the same British variant – and we have a rough idea of how they change the properties of the virus.

Thus, the now famous mutation N501Y (the replacement of the amino acid arginine with tyrosine at position 501 of the spike protein sequence) is located in the so-called RBD region, which is directly responsible for the attachment of the spike protein to human ACE2 receptors. Viruses carrying such a substitution hold onto receptors more firmly. It seems that this should help the virus better penetrate the cells, but in reality, the connection with the receptor should neither be too strong for infection, because at some point it needs to detach, nor too weak, otherwise the virus will fall off the cells earlier, than it will finish its activities that are necessary for penetration.

In a situation where there are many non-immune people around, N501Y does not increase the chances of the virus’ spreading, it is quite the contrary. But when there are more people who have been ill or vaccinated, the virus, having entered a new organism, more often finds itself in a situation where it is attacked by antibodies. The most effective of them hit exactly the place where the virus attaches to the receptors. Accordingly, a stronger bond becomes an advantage. In addition to the British and Brazilian varieties, N501Y has independently emerged in another recent variety, the so-called South African strain.

Another potentially dangerous mutation for us in the spike protein sequence of the Brazilian variant is called E584K, that is, the replacement of glutamic acid with lysine in position 584. The South African variant also has it, and in one of the works it was shown that viruses with such substitution are not recognized by some neutralizing (that is, the most effective) antibodies so well. The key word in the previous sentence is “some”. In other words, not all antibodies produced after vaccination or after meeting with other varieties of coronavirus stop responding to viruses carrying the E584K mutation, but only those that were targeted at position 584 and, possibly, the area around it, which has changed due to the mutation.

The rest of the neutralizing antibodies – and there are always many of them – continue to work. But yes, E584K is a clear escape mutation, that is, a change due to which the virus tries to escape from the immune response.

In the same place, in the RBD section of the Brazilian variant, there is a change in K417N (lysine was changed to asparagine). According to some calculations, this mutation may also work to increase the binding strength of RBD to receptors, especially if it is paired with N501Y. If these assumptions are confirmed, the pair K417N and N501Y can be seen as an attempt by the virus to adapt to the growing number of people with antibodies. Like some other mutations, it is present not only in the Brazilian, but also in the South African variants. All three new variants also carry a deletion in the ORF1b sequence, with which several coronavirus proteins are synthesized at once, but the effect of this change is still unclear.

An analysis of the origin of various variants of the virus shows that the same mutations in all of the three new variants – British, Brazilian and South African – have arisen independently (however, let’s make it clear right away that for final confidence on the last two variants more information needs to be collected, that is, at least more genomes should be deciphered ). This independent appearance of similar changes in organisms and viruses that are distant from each other is called convergent evolution.

We all know many examples of this phenomenon: for example, the same body shape in fish, dolphins, ichthyosaurs and even penguins, wings in birds and bats, and so on. Similar traits develop in creatures that evolve under similar conditions in order to better adapt to these conditions. For example, dolphins are mammals, but at some point their ancestors returned to the aquatic environment, and the shape of their body acquired the most suitable outlines for moving in water.

The same mutations in three distant variants of the coronavirus indicate that SARS-CoV-2 is trying to adapt to something in different parts of the world. To what exactly is something we do not know for sure yet, but the version that we mentioned above seems to be the most justified – meaning the attempts to avoid an antibody attack in the organisms of those who have been ill. In both Brazil and South Africa – at least in some regions – their share number is around the 40% mark.

In other words, the virus finds antibodies on every second potential carrier. They effectively prevent the virus from infecting cells, but if a pathogen accidentally carries a mutation that increases its binding strength to receptors, that pathogen gains an advantage and reproduces more successfully than others.

In addition to laboratory experiments using the blood of survivors, good evidence in favor of this version would be analysis of the proportion of reinfections in regions where new strains are spreading. If it turns out to be higher than in places where these strains are absent, we can say that the mutations described above really help the virus to enter cells, despite the presence of antibodies.

Epidemiological studies with mass decoding of the genomes of viruses taken from the diseased are also necessary in order to unequivocally answer the question of whether some of the mutations identified in new variants accelerate the spread, or whether we are observing the founder’s effect. This term refers to a situation when a certain variant begins to predominantly multiply in a particular region, not because it is more infectious, but because of other reasons – for example, the carrier of this variant was in a situation where he or she infected a lot of people in a very short time. In the case of the British version, research data on its distribution in England and Denmark show that it seems to be more infectious, as for the Brazilian version there is not enough information yet.

The question remains, what should we do if it turns out that the Manaus strain is indeed more infectious and at least partially escapes the immune response. The option to tightly close borders or isolate cities where this variant is found will obviously not work.

Even in China, which managed to keep hundreds of millions of people in quarantine last spring, dozens of new cases are again being discovered there, which apparently leaked into the country from other countries. Vaccination, even in developed countries, is extremely slow, and the existing production facilities, even theoretically, cannot yet provide the whole world with vaccines. Hopefully governments will help the pharmaceutical industry deploy new capacity as quickly as possible. Otherwise, the virus has every chance to overtake people and again bring down health systems.

Does Vaccine Against COVID Cause Thrombosis? Why Was the Use of AstraZeneca Vaccine Suspended in Europe?

How to deal with the pandemic if there are not enough vaccines for everyone?

Will We Suffer From Flu Even Harder? What Else Can Replace COVID-19?

Scientists find it harder to create a vaccine, and herd immunity is weakened

British Strain of Coronavirus Is Especially Dangerous for Children – Is it True?

Irina Yakutenko comments on the statement of doctors from Slovakia