A Pascha of Incorruption

Listen to the triumphant hymns of the Church! Not on the day of Holy Pascha alone, but on all the great fests you will frequently hear the word “incorruption.” The entire matter of the salvation of the human race is expressed in the Church’s living theology as the gift of incorruption. This means that we lacked incorruption. We were in a condition of corruption.
Hieromartyr Hilarion (Troitsky) | 05 April 2010 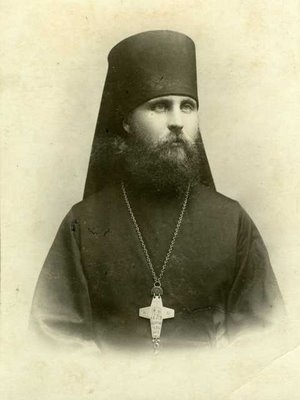 Listen to the triumphant hymns of the Church! Not on the day of Holy Pascha alone, but on all the great fests you will frequently hear the word “incorruption.” The entire matter of the salvation of the human race is expressed in the Church’s living theology as the gift of incorruption. This means that we lacked incorruption. We were in a condition of corruption. The Synaxarion for the Holy and Great Sunday of Pascha is read only in monasteries, of course, and not even in all of them. Here is how the theological significance of the event we celebrate is defined: “It was on this day that He came down from heaven and dwelt in the womb of the Virgin. And now He has snatched the whole of humanity from the vaults of Hell and made it pass upwards to heaven and brought it to its ancient dignity ofincorruption.” Two details are significant here:Pascha is placed next to the event of the Nativity of Christ, and incorruption is called the ancient dignity.

Listening to the Church’s hymns, one grows increasingly convinced of what rich treasures of ideas they are, of how important they are for an authentic Orthodox understanding of life. Our school courses on dogmatics, taught from the cathedras of seminaries and academies, stand much lower in relation to that theology that our readers and singers teach the faithful from the church kliros.

A Pascha of incorruption… The return to the ancient dignity… Our school theology speaks of some sort of juridical accounts between God and man. Sin is called primarily a crime against God, an affront to God, for which the righteousness of God must avenge the paltry offender. But the Church calls sin first of all corruption, the loss of the ancient dignity of incorruption. Here there are no juridical accounts with the Lord God. Man fell away from God, and his spiritual and corporal corruption began. Self-rule in the spiritual life led to slavery to sin and the passions. Man began to decay in seductive lusts. The soul rots, the soul decays. This sounds awful, but it is indeed the case. The process of spiritual corruption can be compared to any other kind of rotting. When any organism rots everything in it breaks down, and in time it produces poisonous and malodorous gases. The spiritual nature, damaged and contaminated by sin, will also rot in the same way. The soul loses its chastity [whole-mindedness], its integrity, and decomposes; the will within it weakens, which connects everything, and to which everything is subordinate. Constant passionate thoughts and evil deeds escape from the sinful soul. Anyone who pays close attention to his spiritual life can not but be surprised by how difficult it is to instill any good and beautiful thing in the soul, and how easily and quickly any dark and evil thing is strengthened. Do we not therefore say that something bad is living in our soul; that it is unhealthy, ill? Corruption reigns in our soul, and it is especially evident that our body is subject to corruption. Many can live without being aware of spiritual illness, they can muffle the soul’s inner moaning and cries with the noise of life. But the corruption of the body in death is irrefutable. All the colors of life pale before this corruption. The works of the ascetics about spiritual death can be rejected and perhaps even ridiculed. But try to find a nihilist who would not understand the service of burial and the graveside mourning of St John of Damascus!

Mankind has always seen the inner corruption of its spiritual nature and has always seen firsthand the destruction of the temple of the body. The realization that you are rotting spiritually and the knowledge that your body is the domain of worms – there is the lot of sinful man! Where is the joy here? What hope is there for the future? Sin is bound up with unhappiness and suffering by its very nature. A sinful consciousness and a future painted in somber, cheerless colors. The Sheol of the Jews, the kingdom of shadows in the somber Hades of the Hellenes and Romans – this is a cheerless future.

Salvation is healing. Salvation is freedom from corruption. Salvation is the return to the original goodness of incorruption, for man was created for incorruption. Man’s nature needed to be restored to health. This restoration to health was given in the Incarnation of the Son of God. “We could not have become incorrupt and immortal if the Incorruptand Immortal One had not done so before us.” The Incorrupt and Immortal One took “my nature, held by corruption and death,” into the unity of His Person. Corrupt nature received the vaccination ofincorruption, and the process of the renewal of nature began, the process of the deification of man, the formation of divine-manhood began. The sting of death was blunted. Corruption was defeated, for the antidote against the disease of corruption was given. The Pascha of incorruption brings to mind the mystery of the Incarnation. The gates of death had been impassable. All of earthly creation invariably approached these gates, hiding behind them in trepidation and horror. But now Christ is Risen! What does this mean? It means that salvation has indeed been wrought. For human nature has been united with the Divine nature in the Person of Christ, “inconfusedly, unchangeably, indivisibly, inseparably.” It was not God that passed through the gates of death, it was not before God that “the bridal chamber of eternity was thrown open,” it was not for the sake of God that the stone was rolled away from the door of the grave, but for the sake of the God-Man. Our human nature passed through the mysterious gates of death along with Christ. Death reigns, but not for eternity!

Death was terrible to the human race before the death of Christ, but after Christ’s Resurrection man became terrible to death, for one of us conquered death, did not remain in the grave, and did not see corruption. Pascha was the liberation of Israel from Egypt. Our Pascha is the liberation from the slavery of death and corruption. Christ is Risen! I now know that my salvation has indeed been wrought. I know that God did indeed appear on earth. There have been great men, conquerors of the elements, conquerors of nature, but death equalized all and revealed our common nothingness. Who is this who has passed through the gates of death? He can only be God. This means that God was indeed incarnate on earth, has indeed brought the healing medicine against that which consumes me and the corruption that tortures me. The Incarnation and the Resurrection are combined into one. The Incarnation gives the meaning of the Resurrection, and the Resurrection irrefutably confirms that the Incarnation is truth and reality, and not illusion or dream.

Now death is not frightening to me, for I have seen the victory over corruption. I still see in myself a different law than the law of life. I see the law of death and corruption. I see how sin at times reigns over me. But I know that this is an unstable reign, that my position is not without hope. I can now hope for victory, for overcoming sin; I can hope for liberation from the bondage of corruption. Now I can look joyfully at the fight with sin and the passions that lies before me, for the enemy has already been defeated many times by selfless ascetics. On the heaven of the church shine like light the saints of God, who, living on earth, defeated death, attained purity and chastity [whole-mindedness], that is, incorruption, and therefore, rejoicing, went the way of all the earth.Incorruption, that is, purity and chastity [whole-mindedness], gives joy. Blessedness is not an external reward, as unfortunate mercenary Catholics philosophize. Blessedness is the inner consequence of the virtues. Virtue is the health of the soul, and a healthy man is always happier than a sick one. My sinful illness is curable – of this Christ’s Resurrection convinces me. The blessedness of heaven is open to me. Let no one cry from infirmity, for the common Kingdom has been revealed! A common joy has been revealed, for hope of incorruption has been revealed, of redemption from sinful corruption. Christ God has led us from death to life. Egypt has been left behind, Pharaoh has perished, ahead us are the promised land and the incorrupt Kingdom, where there are many mansions, where there is eternal joy! A Pascha of incorruption! Salvation of the world!

The Incarnation and Humility

Are there many who could now say together with St. Basil the Great, “I cannot worship creatures, because…

Thou Shalt Have No Other Gods!

Ask our contemporaries, how do they live, what do they live for? What is the most important thing…

To be Christian Means to Belong to the Church

According to the words of Saint Cyprian, to be a Christian means to belong to the visible Church…